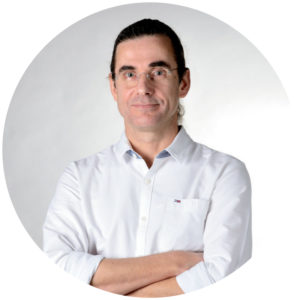 Manuel, Dojo Champion of CoderDojo LX in Lisbon, Portugal, tells us his experience of setting up a Dojo and what he has learned from the experience.

I’ve been helping people learn how to program for more than 25 years, now. As a recent graduate, I started by teaching a couple of C programming courses to some 40 unfortunate students, around 1990, at a time when I mostly confused teaching how to program with teaching the ins and outs of some programming language. Since then I’ve learned a few things, so that I no longer think my students are especially unfortunate at having to put up with me. My teaching today occurs in two very different settings: at CoderDojo LX (Lisbon), with children and teens, and at college level, with more mature students. I have a Ph.D. in Electrical and Computer Engineering, by the way, but I mostly teach Computer Science topics, such as programming, algorithms, and data structures. I currently work at Universidade Europeia, Lisboa, Portugal.

How did I get involved in CoderDojo?

Our first session at of CoderDojo LX was on May 2013. I had been trying to use Scratch and related languages, especially BYOB (Build Your Own Blocks), later Snap!, as an easier way to introduce college students to programming, and also for teaching programming to my own son. At that time, perhaps at the end of 2012, I discovered Code.org and got more interested in how children could learn how to program. The Code.org page at that time had a link saying «Want to help?». It lead to a page with two ways to start helping: one of them was CoderDojo. I happened to press CoderDojo, read the materials about creating your own Dojo, found it all refreshingly simple, and decided to create a Dojo and schedule the first session during a Technology Week we were organising at Universidade Europeia. It took place at 2pm, Friday, the 10th of May 2013. Naturally, it was a total flop: at that time and day of week, almost no ninjas were available. Nevertheless, one week later we did our second session, now at 6:30 pm, Friday, with more success. Then we started weekly sessions, and eventually changed them to Saturdays, from 3 to 6 pm, and that’s how things still are today, after some 180 sessions.

Now, we usually start with Scratch. For Arduino, instead of starting with its own language, we use Snap4Arduino. We also cover JavaScript, HTML and CSS. Occasionally we also cover Python. 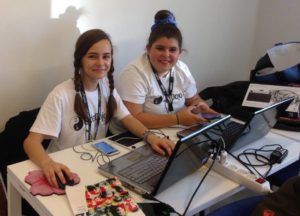 CoderDojo helped in two ways: by raising people’s awareness to how important it is for children to learn how to program and by giving children and teens a place where they can learn how to program in an informal, fun way, doing basically what they enjoy doing. CoderDojo LX was just the first of the Portuguese dojos. Now there are 10 dojos in continental Portugal and 1 dojo in the Azores. It is still a small number, but it has been growing more rapidly lately, which will lead to an increased impact of CoderDojo in Portugal. At this point I think we should accelerate the growth in Portugal by starting a regional organization here, CoderDojo Portugal. 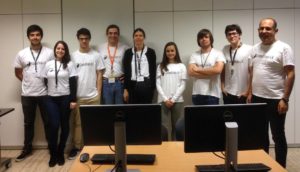 Space was not an issue, fortunately, since Universidade Europeia has always kindly provided us with nice spaces for our sessions. The most difficult parts were finding, and then keeping, volunteers, as well as reaching children. Today, things are more or less stable, though. We have a great team and great ninjas.

CoderDojo in one sentence

Having fun helping kids learn the magic of programming, one project at a time. One of your favourite memories from the Dojo nicely shows this: One day, at the end of the session, we found a small girl, around 6, making drawings on the whiteboard and writing “I loved it and enjoyed it a lot!!!“.

At this point, unfortunately, I can’t say that we do. Since we are still (after almost 4 years!) an informal organization, we cannot accept donations, and thus we don’t have laptops to provide during our sessions. If someone arrives without a computer, we lend them one of the mentors’ laptop – so everybody can work. However, we are occasionally invited to do sessions in other places, with their own PCs, which allows underserved young people to participate. 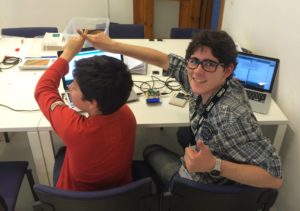 Often people think learning to program is tantamount to understanding some programming language. Knowing at least a computer language is necessary, but it is totally insufficient. Programming is a particular type of problem solving, so you need to program a lot to develop the skill, and initially it can be a bit frustrating, even with tools such as Scratch. The fun, informal, mentor supported, project-oriented nature of CoderDojo does a lot to reduce this frustration, though.

For young people who haven’t tried coding I would say: Avoid doing it alone, if you can. Small nudges from more experienced people will make the learning experience much better. And if I was talking to someone about setting up their own Dojo, I would advise: Just do it. It is really easy. The only difficult part is to find and keep mentors. You may as well start there!

Have any cool volunteer stories from your Dojo? Share them with us for Volunteer Appreciation Month by tagging @CoderDojo, using #CoderDojoVolApp in your social media posts or emailing videos, photos & stories to [email protected]