Garima is a Champion & Ninja at Round Rock Dojo in Austin, Texas, USA. She set up her Dojo in 2014 when she was aged 16. Here is her story which featured in our latest Annual Report. 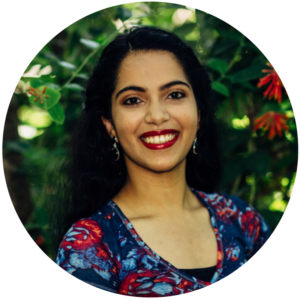 I grew up with a fascination for science but never imagined that I would get interested in coding. The thought of sitting at a computer “typing stuff” bored me. Nevertheless, I decided to try it out by taking the AP (Advanced Placement) Computer Science course my sophomore year of high school. Just before that, in the summer, I took an Intro to HTML/CSS class through Girl Develop It Austin in summer 2013 and found myself enjoying the fact that I could create what I had been seeing and using on websites. The AP Computer Science course further strengthened my enjoyment of the logical problem solving and creativity involved in this field.

“The CoderDojo philosophy appealed to me, so I decided a start a Dojo” 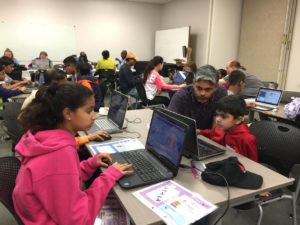 I quickly saw that despite being such huge consumers of technology, the Youth at large (especially young girls) are still not motivated to become creators of it. I knew that many people find coding intimidating or are yet not aware that it is a helpful skill no matter what career they choose. I wanted to change this by educating kids and their parents and by showing them that it can be fun and rewarding. The CoderDojo philosophy of getting the community; kids, parents, educators, mentors from the tech Industry all together in one place and have them learn by doing, teaching and sharing appealed to me, so I decided to start a Dojo. We held our first meet-up on March 8, 2015. 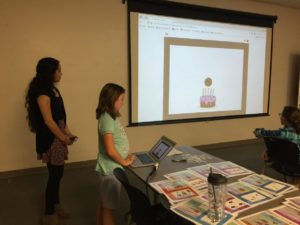 The Round Rock Dojo has been running for the past year and it’s been more successful than I could have imagined. With over 200 families on our mailing list, we’ve reached many families and encouraged many kids to explore the programming that makes their favorite apps and games work. Every week, at the end of our Dojo, the ninjas present what they’ve worked on during that session and I’m always amazed by what they do with their creative ideas and a little guidance from our mentors. It’s amazing to see their creativity come to life!

Many choose to tell stories with code. Some make creative games, useful apps and webpages. Sometimes, ninjas are inspired by others’ presentations and create their own versions of what they saw. That is very exciting, as we want them to have that urge and drive to create what they see and find cool. I’ve thoroughly enjoyed getting to mentor and run this Dojo, it’s been a great experience! I am going to college in the fall and cannot continue with the Dojo, but it’s been a privilege to have set up and been involved with CoderDojo!

“It’s amazing to see their creativity come to life!”

I’ve also worked to reduce the gender gap in technology fields by starting Austin’s first Girls Who Code Club at my high school and volunteering with GirlConnect Codes, a program launched by GEN at Crockett High School. I have been selected as a winner of the 2015 & 2016 NCWIT Award for Aspirations in Computing, Central Texas Affiliate. I hope to continue with computer-science education in the future and, perhaps, be involved with CoderDojo again!

“Don’t let anyone or anything stop you” 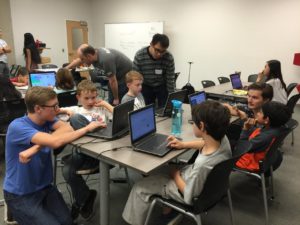 To any fellow young person just getting started with coding, remember there’s a learning curve to everything, including programming. When you try new things and push yourself past your comfort zone you encounter a learning curve, but only by overcoming it can you get better. Also, don’t let anyone or anything stop you. There are a lot of misconceptions and stereotypes about coding and coders, but you should see that as just another challenge to overcome. Prove to people that you can be a coder without falling into the stereotype.

Most importantly, have fun and be cool!