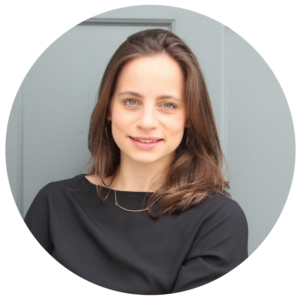 On the 21st of January 2013 I walked into our offices off Grafton Street Dublin for my first day working with the CoderDojo Foundation. Initially there was no entity, over the first few months we set up the Hello World Foundation, later becoming the CoderDojo Foundation. At this time, I had no real idea what was in store. Relatively fresh out of my Masters, I was on a journey of discovering what I wanted my career to be. Having gotten to know James throughout 2012, I was inspired by his formidable drive and passion for the potential the CoderDojo movement had.

Throughout the first year, I learnt a variety of skills that were required to get a legal charitable entity up and running, from governance structures, to systems and process to HR procedures and relationship management. Anyone who has worked for a start-up will be familiar with the different hats you are required to seamlessly alternate between. Since then, my role has changed considerably. I’ve had the honour of serving as the Executive Director of the Foundation for the past seven months; a role which gives me the opportunity to work across our three pillars of Enabling, Engaging and Scaling the movement globally.

Working for an organisation that is fuelled by passionate volunteers around the world has been an experience like no other. The CoderDojo movement is made up of thousands of individuals and thousands of relationships. There are hundreds (if not thousands!) of different organisation across different industries involved. From local governments networks such as libraries, to large multi-national corporate partners and everything in between. All of these individuals have come together to create opportunities for the 40,000+ ninjas around the world.

“My biggest lesson to date is that the movement is only as powerful as the number and drive of the people involved.”

A secondary lesson, is that as much as I would like to, I now know that I can’t keep everyone happy. Especially when supporting so many thousands of people with different objectives and at times different needs. I’ve learned to trust my instinct, the instinct of the team and that of the community to make decisions and prioritise accordingly.

My final lesson, nothing is achieved without a dedicated and motivated team. Pete, Rosa, Guillaume, Daniel, Philip, Ross, Nuala and Rachel challenge and inspire me to ensure that we are focused on delivering the most impact as possible. I’ve found at many times that my role is getting out of their way, trusting them and letting them do what they do best. In addition, the CoderDojo co-founders, board members, partners, previous colleagues, my sister, fiance and mum have at different times played crucial roles in supporting me on this journey to date.

Working for & Being Part of the Community

Being able to work for the CoderDojo Foundation, while simultaneously being part of the CoderDojo movement is a privilege. Setting up the Docklands Dojos in the offices of our hosts Dogpatch Labs has been an incredible experience. Totally different to my ‘day-job’, it has been challenging (mentor fluctuation!) but so incredibly rewarding. I’ve been able to mentor the beginners, teaching them the Shark Game and much more in Scratch. It’s difficult to describe the pride you feel when you see a ninja on their very first day figure out how to move the cat, or watching a seasoned attendee use Sonic Pi to create their own music. We even have ninjas whose interests lie in design and who will completely customise a game they are building, drawing their own pixel art for each character. This is one of the many things I love about the movement. CoderDojo is a place for all ninjas to create!

I look forward to continuing to learn from the extended community while watching it grow, evolve and deliver impact globally. Thank you to everyone involved for everything you do in creating, fuelling and evolving the CoderDojo movement.