On Tuesday 2nd of August, the second Tanzanian Dojo opened its doors! This means there are now CoderDojo sessions running regularly in 66 countries around the world! Below, Éilis Tracy tells us how their first session went last month: 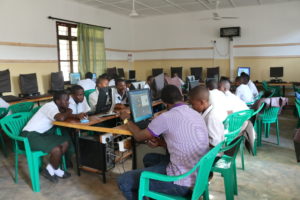 Debrabant Secondary School is very fortunate to have two computer labs, a cinema room and very enthusiastic computer teachers. Along with two other volunteers we decided it was time to use all this technology and get the pupils coding.

20 pupils signed up to join the Tuesday club and such was the interest, it was decided to run a second club on Thursdays for another 20 pupils. We began the session in the cinema room showing a finished game on Scratch. Needless to say, this sparked the teenagers interest! We then went through Lesson 1 from ICS skills, set a challenge and then it was time to code! 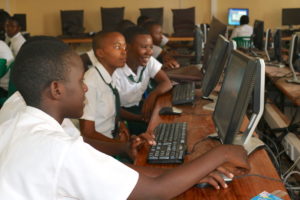 A resounding success. All pupils involved were so interested and engaged. In fact, they would not go home! We went back to the cinema room to show the next skill and set the second challenge and the ninjas paired up, collaborated and discussed how to get their sprites moving up and down and over and back. We worked on an aquatic theme that day and there were some very interesting swimming on some screens! Overall the buzz, the laughter and the engagement made it a hugely successful second Coderdojo in Tanzania, africa. 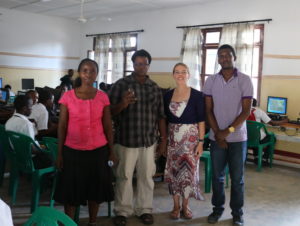 The pupils of Debrabant are so lucky to have 3 wonderful computer teachers: Paulina, Equillax (Dojo Champion) and Reginald. We were also lucky to secure two volunteers: Nelson and Rodney. Rodney is the computer teacher in COBET and I have a feeling he could very well be the champion of the 2nd Coderdojo of Tanzania very soon.

You can find the Dar es Salaam Dojo page on our community platform here. 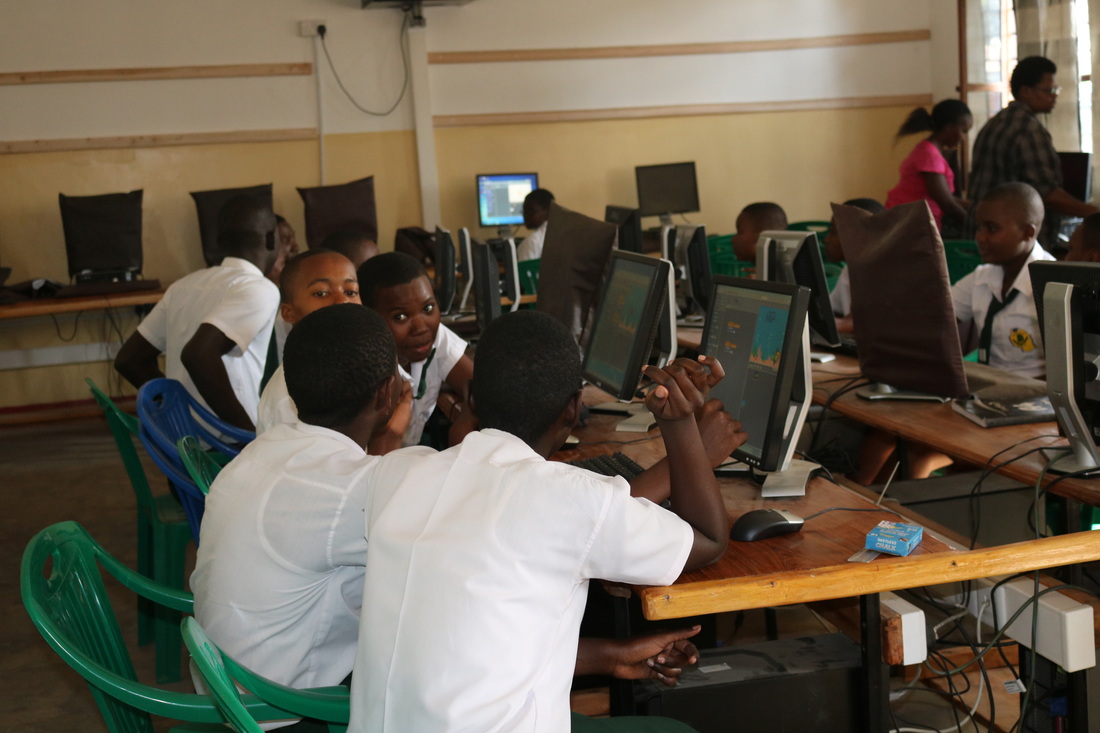 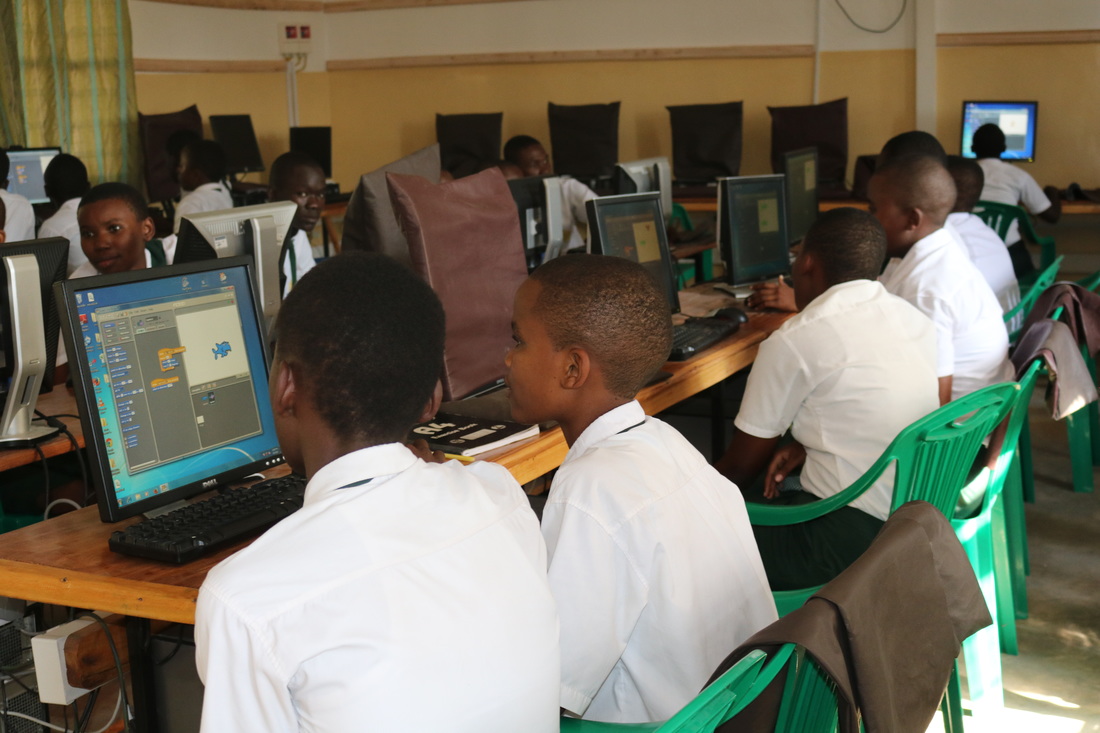 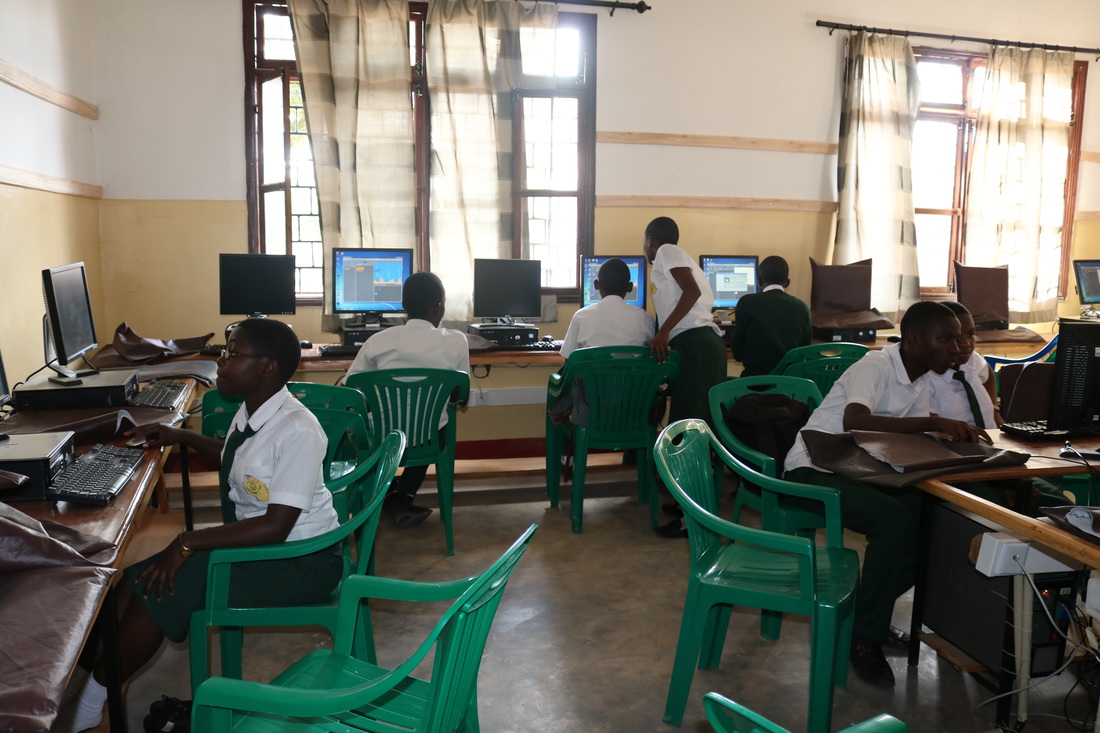