It’s been almost 2 years since I last wrote about CoderDojo. It was when they started their activity in Oradea. I remember that just a few months later, the young participants had their first project presentations. Now, Andrei Munteanu, the founder, is happy to celebrate 2 years of CoderDojo Oradea this week.

But wait a minute, I haven’t told you what is this CoderDojo I’m talking about! Well, CoderDojo is an international network of free programming clubs, where children aged 7 to 17 years are encouraged and helped to learn the secrets of programming. The youngsters are mentored by professional “tech guys”, who volunteer to devote their free time to teach them.

Now back to Andrei. I met him right after he brought this project to Oradea; he was a young man with a strong desire to help children learn programming. He studied in Timisoara, and that’s where he got his passion for CoderDojo. As Oradea is his birthplace, he wanted to bring this project home. In order to achieve this, in December 2013 he started talking his Oradea friends into starting a local CoderDojo. Given his persuasion skills, the project began taking shape a month later, in mid-January 2014.

How were these two years of Coder Dojo Oradea and what plans they have for this year – we’ll find all about it in the following lines from Andrei:

What plans do you have for this year with CoderDojo Oradea?
The main goal for this year is to develop ourselves. We don’t want necessarily to increase our numbers, but to become an established team. So we want to bring as much value to the organisers, mentors, and children, of course. 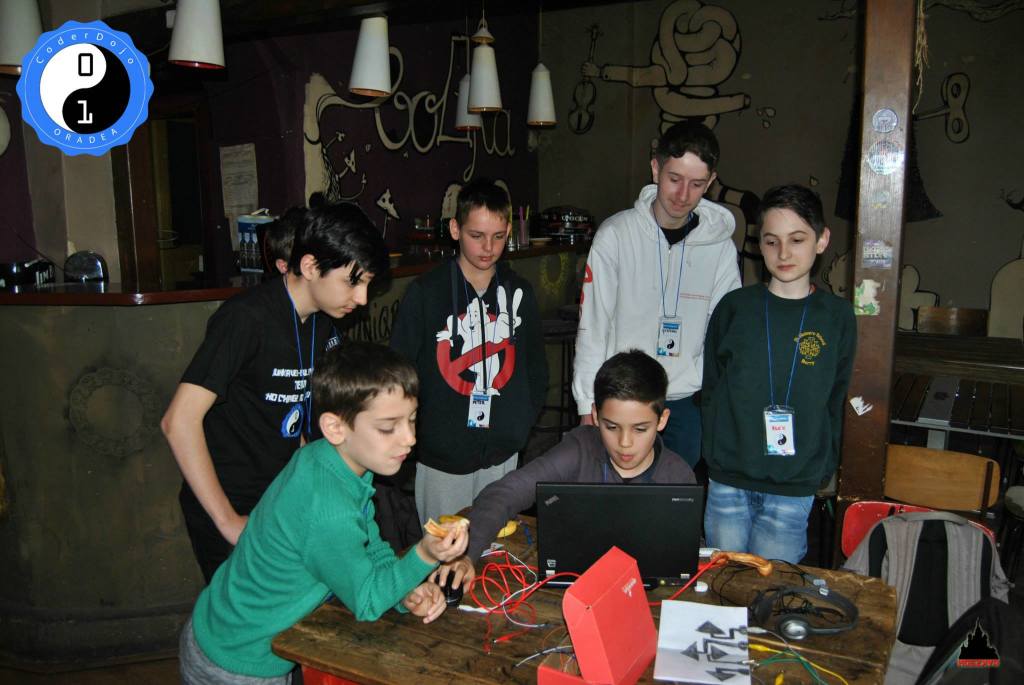 I understand that you prepare a series of national and international projects…
Yes of course. This year we have 5 main directions:

Very nice! It’s been 2 years since CoderDojo is here in Oradea, how do you recount these years?
I’m happy to have reached a stable team of 45 children who learn constantly, children between 7 and 17 years old, some of whom have been with us right from the beginning. We currently have 7 mentors, among which one from Qubiz. In these two years in which I’ve helped CoderDojo Oradea I got to learn a lot. For instance, one of the most challenging experiences was to keep these meetings weekly; it wasn’t easy to do it without having many breaks and interruptions. Hiatuses are bad because students get out of context, and our curricula is not light either. There’s a lot of information and hands on techniques to teach them… Anyway, the children here in Oradea are very smart and motivated and I’m proud of them. I feel happy that I can make a difference and that I can help them.

What must a child do to enrol in CoderDojo?
A kid or his parent can write us on our Facebook page or visit us on Saturdays at Trade Center Oradea. We will subscribe him or her on the spot, and then they can see in which group they fit, whether they like it, and so on. They can later move to any group they want. I think the most important thing is that we allow them to learn at their own preferred pace while still enjoying the experience. Interaction is also very important. The point is to make the experience a pleasant one, to learn a lot together, to have fun a lot together, and finally to present the projects they’ve been working on to a broader audience. 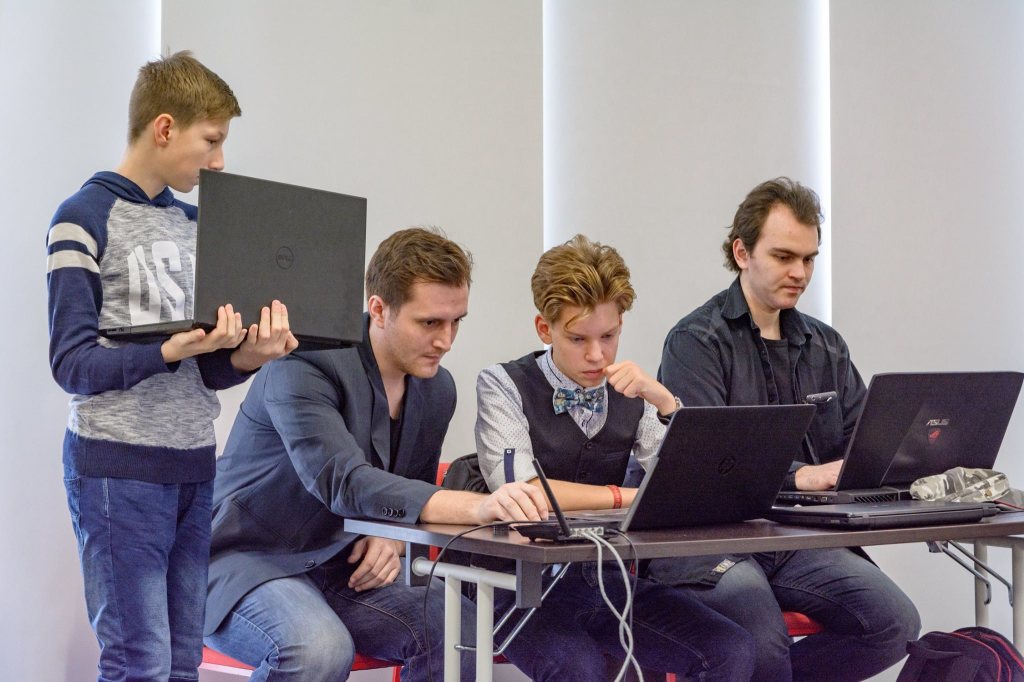 What means to be a mentor at CoderDojo Oradea?
Our mentors are volunteers who dedicate their time every week to help children. They are usually high school students, college students, high school teachers, assistant professors, professors, developers and so on. Basically anyone with programming skills and a willingness to devote their time to share their knowledge. As a side note – we are constantly looking for new mentors, so if you’re interested, please drop us a line at [email protected]

They are (little) children, how do you attract them towards programming? I’m sure you have something catchy for them!
With the youngest, we use the Scratch visual programming language, which is very attractive. It’s quite interactive, because they can work on something, make changes and see the results immediately. It’s fun for them to see immediate results. They can use a lot of trial and error without studying tons of theory.

Children who are a bit older are always presented with new stuff, the latest technologies, likeMakey Makey, an electronic invention tool that allows them to connect everyday objects like bananas to computer programs, using a circuit board. Sounds fun? Well, it is!

Where and when do you hold your meetings?

We meet every Saturday from 11:00 to 14:00 at Trade Center Oradea. Children are recommended to have a laptop with them, a charger, an extension cord, and some snacks.

At the end of our discussion, do you have a message for Qubiz?
Thank you, Qubiz, for being there for us every time! The children participated in various competitions and due to your support, we were able to give them prizes. We really appreciate it!