Young Coders Showcase Their Coolest Projects at the RDS

Young Coders Showcase Their Coolest Projects at the RDS

On Saturday, the 13th June, there were over 500 projects and 5,000 visitors making this years Coolest Projects Awards one of the largest events of its kind in Europe!

Hundreds of young coders gathered in Dublin’s RDS on Saturday to demonstrate apps, websites, games and even robots they made for this year’s CoderDojo Coolest Projects Awards 2015.

On the day CoderDojo Ninjas from Ireland, the Netherlands, Belgium, the UK, Romania, Italy and Spain traveled to the event with the projects that they created with the knowledge learnt at their Dojo to present to the judges!

The standard of projects was absolutely amazing this year with many of them dealing with different problems or issues within our society. 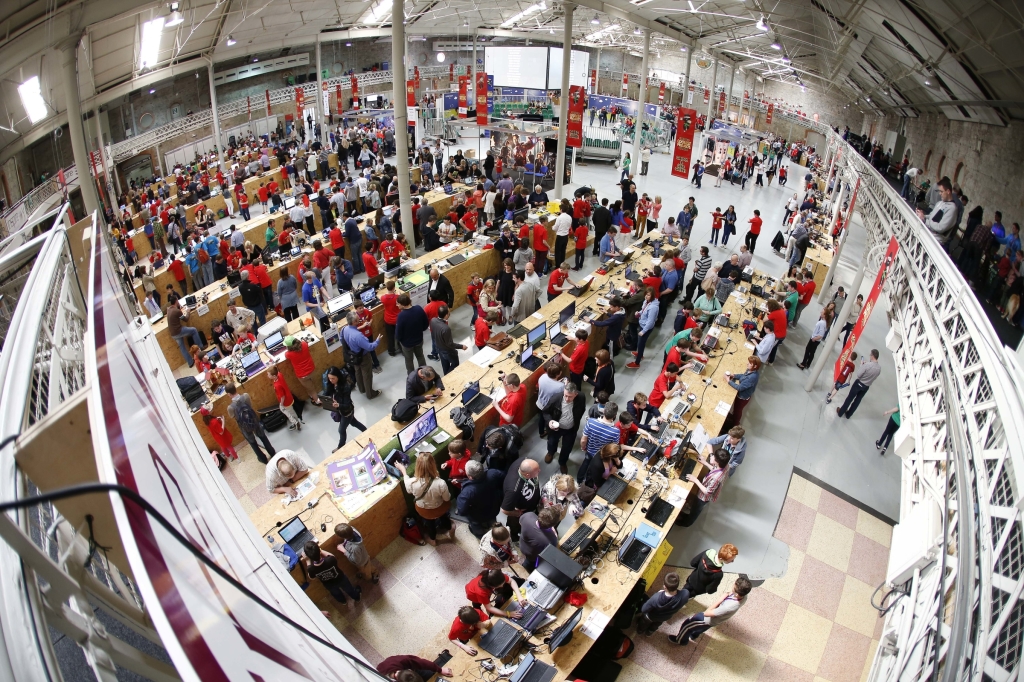 Harvey, a young Ninja from Dublin, developed an app to help parents keep track of their children when they are out in busy places. The app notifies parents when children try to exit the building they are in or if they enter any sort of danger zones. Harvey was the winner of the Evolution award which was sponsored by the Salesforce Foundation. 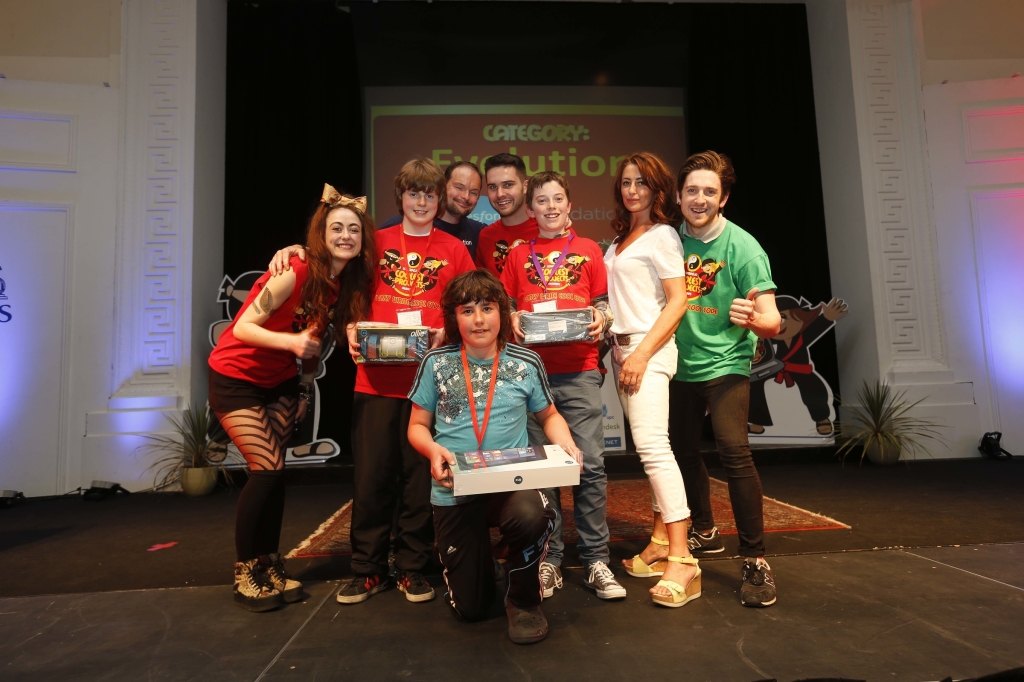 “The Coolest Projects was a fantastic day for everyone involved! There was an incredibly high standard of projects delivered by the kids using all types of technology. But what made it most special for me was the kindness and the both supportive and fun atmosphere. All the 500 competitors and 5,000 visitors were part at the only event of its kind in the world and just seemed to get how cool that was.” said Mary Moloney, CoderDojo Global CEO.

The range of projects was quite extraordinary and really imaginative. Seven year old Lexi, who won the prize for overall design, developed a game in Scratch which tells the player what kind of cookie they are after answering a series of questions. 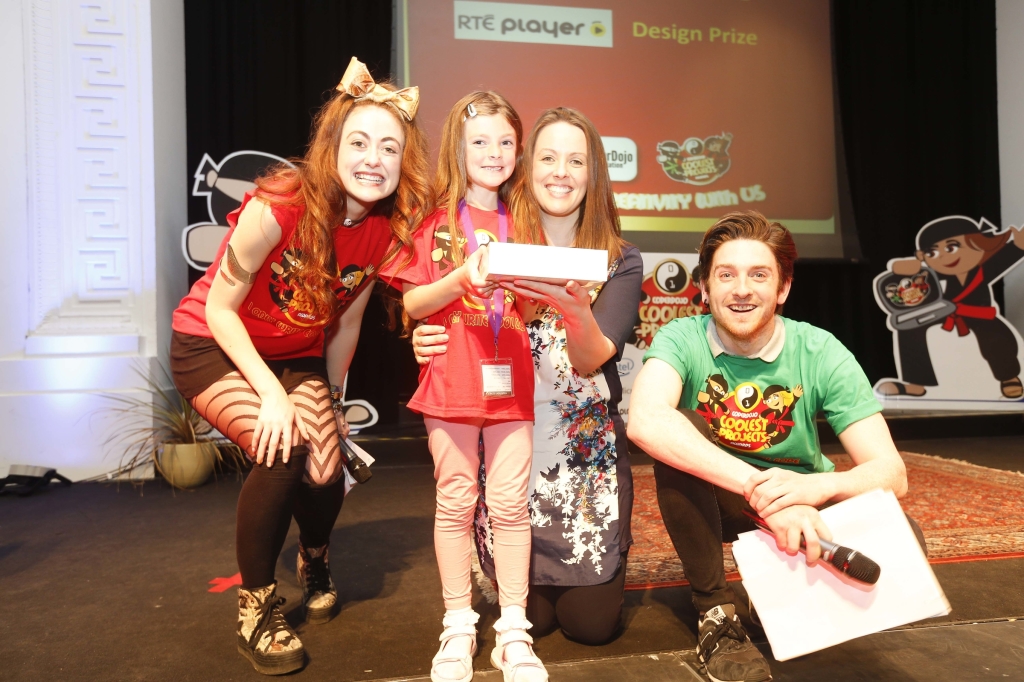 Seventeen year old Maciej Goszczycki from Dublin won the Hardware category with his amazing BlueTie minicomputer. BlueTie is a simple computer based on TTL logic 74xx series components using a simple instruction set. It’s architecture and instruction set have been inspired by PDP-8 and 6502 processors. BlueTie is an 8-bit accumulator machine, with a 16-bit address bus, amazing!

John, from CoderDojo Thurles, developed an app that will give you the safest route from one location to another and will provide the directions for you. John was the overall winner from the Mobile category.   Alexandru, Licaret and Trif from Romania, who were runners up in the website category, made a web platform aiming to connect the freelancers, students, talented kids in IT and IT companies by allowing the users to post their portfolios on their profiles. It also allows companies to search for interns and potential employees all in one place.   Winners of the Scratch 2 category, Tina and Ella Truyts, also had our oceans in mind when they developed a game with 3 levels about saving our seas and all sea creatures.  In this game you do things like help a mermaid to catch all the waste floating around in the ocean and use your math skills to enable you to help a crab free a dolphin caught in a net. 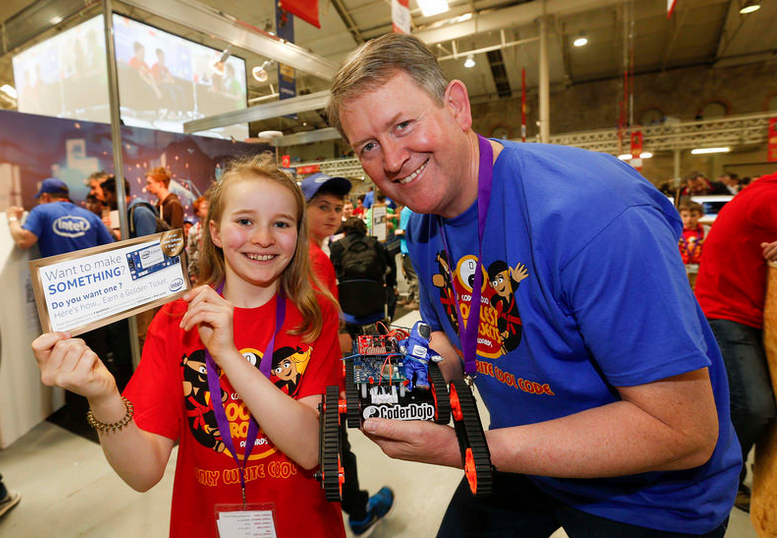 Paul Phelan, co-founder of Coolest Projects added: “The scale and quality of what Coolest Projects Awards is enabling gives me confidence that we will nail this digital skills shortage across Europe.” 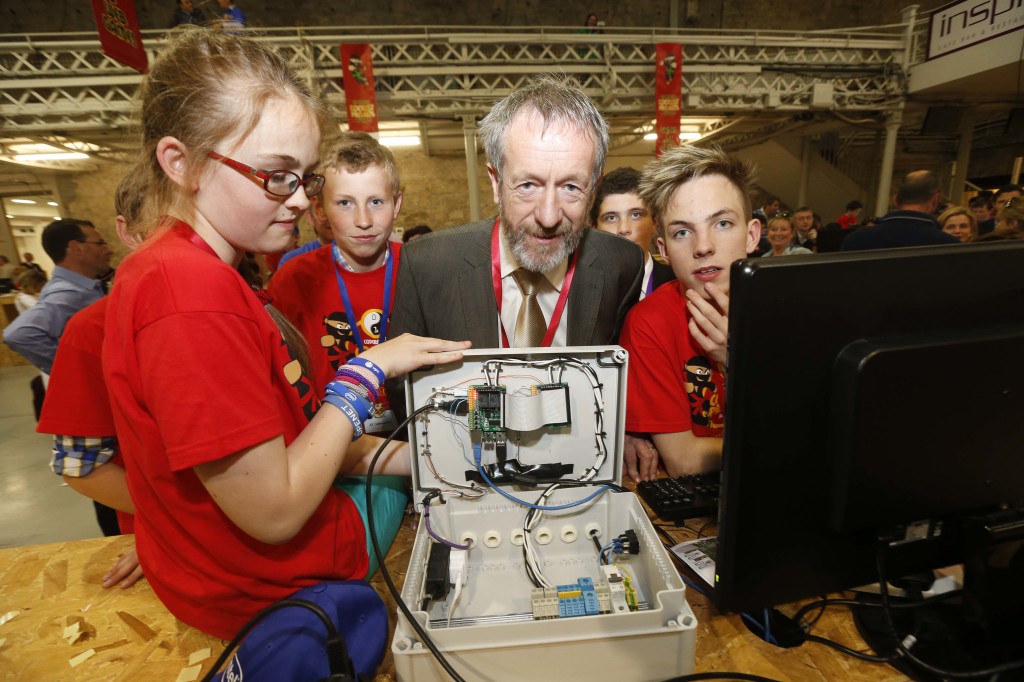 Seán Kelly, MEP, attended the event at the RDS and commented: “These awards recognise and honour the coolest kids on the block and also demonstrate the phenomenal growth of CoderDojo. Through these events and organisations participants can be smart, creative, clever and cool all at the one time. These awards are helping to guarantee Ireland’s future as a world leading High Tech hub.”   The award ceremony at the end of the day was great fun and full of excitement. All of the Ninjas who took part received a cool, orange USB Belt to commemorate Coolest Projects 2015 before the runners up and winners were announced. We had some amazing prizes to give out thanks to our wonderful supporters such as Microsoft surfaces, Intel Galileos and Nokia Lumia phones.

Noel King, founding member of Coolest Projects concluded: “It was a day of limitless creativity by CoderDojo members from across Europe. They wowed everyone who attended with everything from awesome platform games, to eye-catching designed animations to wearable technologies. These young people challenged themselves to change the world around them with technology, and what they created was truly inspirational. This was evidenced by projects using technology to help people with memory loss, Cerebral Palsy and road safety -the outputs were truly inspiring.” 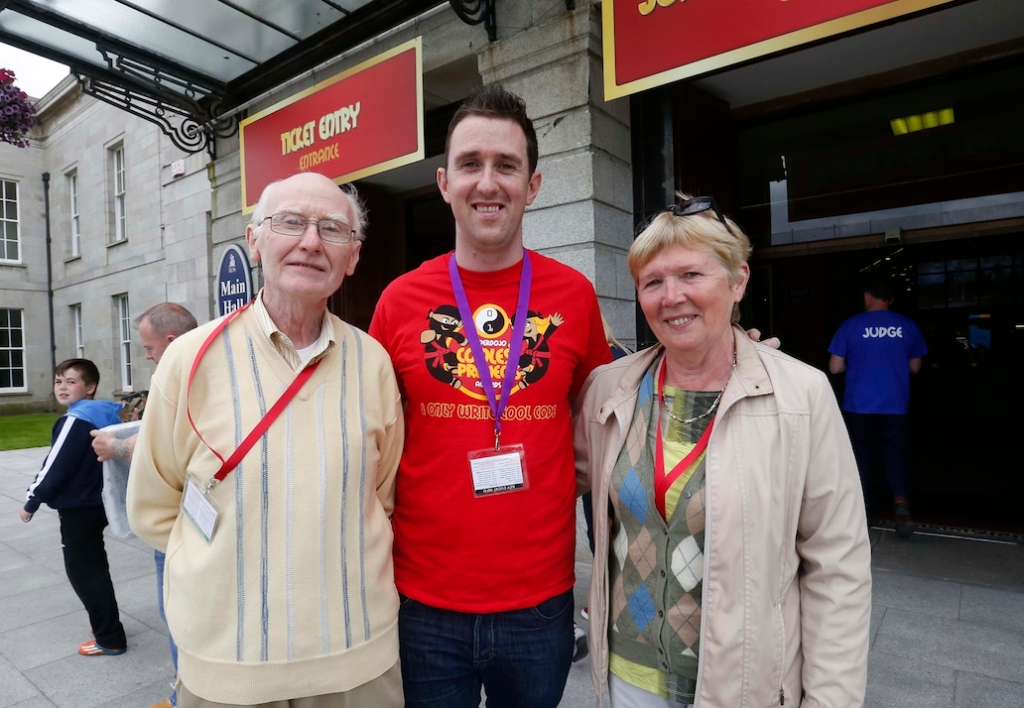 A big congratulations to every CoderDojo Ninja that presented their project on the day from the CoderDojo Foundation team! You all rock!

The day was filled with excitement and aside from the amazing projects there was lots going on to keep everyone entertained. There was a hackspace upstairs where Ninjas could learn to solder or could fly drones. There were two back flipping Ninjas racing around the RDS and a big dancing robot covered in LED lights. Everyone in attendance looked to be having an absolutely great time.

The amazing volunteers who gave their time to make the event such a great success must also be thanked for their continued support of CoderDojo and Coolest Projects. We also want to thank all of the incredible Ninjas who presented projects and the whole team who helped to implement the awards.

Coolest Projects wouldn’t have been possible without the continued support of all of our amazing sponsors. We particularly want to thank UPC Ireland, Intel, AIB, Zendesk, The Salesforce Foundation, RTE Player, Openet Global, Microsoft, Workday, Deloitte, Pinnacle Project Partners,Wind River and all the sponsors listed here.