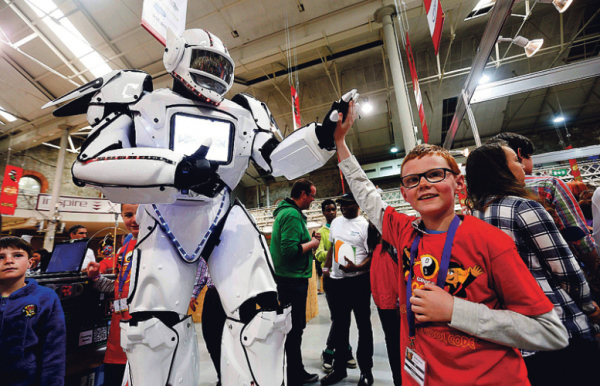 Young coders from Balbriggan were among the hundreds who gathered at the RDS on Saturday last to demonstrate apps, websites, games and even robots they made for this year’s CoderDojo Coolest Projects Awards 2015.

Now in its fourth year, the CoderDojo Coolest Projects Awards 2015 attracted more than 500 entries from young people across Ireland and the event celebrated their creativity and coding skills. Outstanding projects included an app to tell you the safest route to get to your destination, a game to encourage cleaner seas and a website that lets kids review books.

A team from Coleraine CoderDojo was recently awarded runner up in the biggest youth technology event in the world, the Coolest Projects Awards.

CoderDojo is the global movement of free coding clubs for young people. It gives young people all over the world better access to the magic behind the technology that surrounds us, CoderDojo is a global community of free programming clubs. 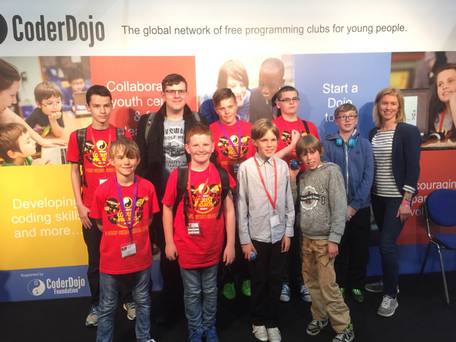 Computer coding kids from Co Londonderry have been named runners-up in the biggest youth technology event in the world.

Reuben Ackermann (11), his younger brother Cian (9), and seven-year-old Ciaran Long came second in the games category at the Coolest Project Awards in Dublin.

The event, now in its fourth year, brought together CoderDojo ‘ninjas’ from all over Europe, who presented their codes, hacks and builds to roving panels of judges.

The wealth of talent on display was astounding, with kids as young as seven devising apps, robots and websites, many designed to make people’s lives better.

Entitled the Family Minder, the app was invented by Harvey Brezina Coniffe from Dublin. The easy-to-use app also notifies parents if young children attempt to exit a building they are in or enter what are called “danger zones”.

It utilises Bluetooth technology and uses tiny sensors which can be placed on badges for little children who do not own a smartphone. 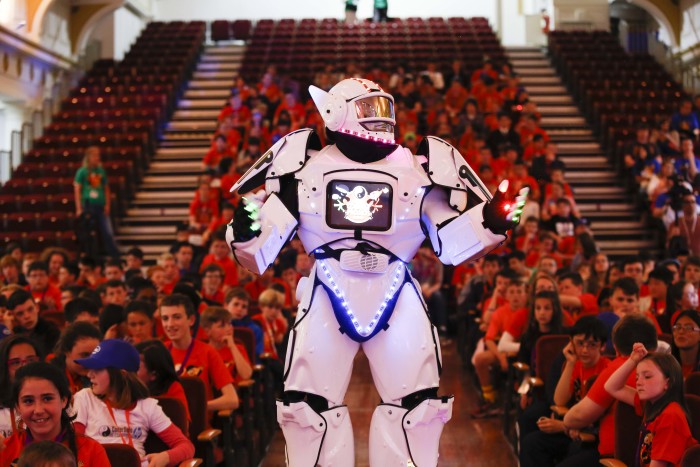 Darragh Walsh flashes a small electronic tag against the back of his smartphone and begins to explain how his self-designed app allows people to keep tabs on each other’s movements.

Stop listening for a second and this 11-year-old will quickly lose you. He speaks in fluent CoderDojo and he, like growing numbers of children his age, simply assumes that you can keep up.

Take a step back and Darragh’s voice trails off into the murmur of hundreds of children explaining their concepts to teams of judges at the annual Coolest Projects Awards at the RDS in Dublin on Saturday. 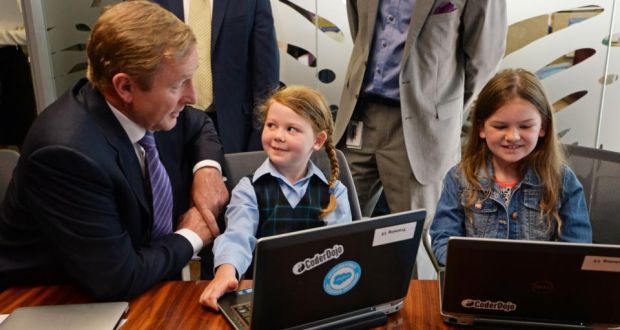 A “private” social media site and an app that allows physically disabled people to communicate using a small physical movement were some of the projects on show at the RDS this weekend.

More than 500 projects were on display, which included an app for journalists to get videos of interviewees when they could not meet face to face, a social networking site that keeps data safe and a game to kill zombies.