Why CoderDojo is Important 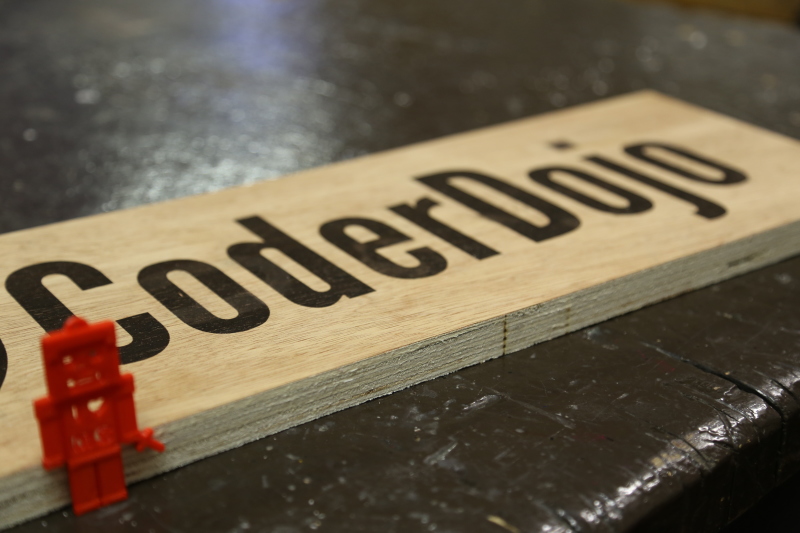 CoderDojo provides a free, safe and fun environment for children aged 7 to 17 to learn to code. CoderDojo gives children the opportunity to discover and understand the technology which shapes the world we live in.

Globally, in many industries, the world is suffering a skills gap. In many cases the problem is not that there are not enough jobs, but that there aren’t enough skilled people for the jobs available. There is a new ethos developing within our workforces; while some degree of technological literacy is now expected in almost every professional job, it is no longer sufficient just to be able to use a computer. Employers are expecting a greater level of creativity and development as well.

Europe is expected to face a shortfall of over 900,000 technically skilled employees by 2020. In the UK alone, it is estimated that there will be a shortage of approximately 249,000 workers for technology based jobs by the same year. The only way to begin to overcome this shortfall is to give youths multiple opportunities to learn how to create with technology throughout their childhood. Some schools have begun to introduce coding at primary level in countries such as the UK, Estonia and the US, but we need all schools to adopt the approach being taken by Arkansas which has passed a law that requires all public and charter high schools to offer students classes in computer science.

However, this is not enough. Computer programming needs to become embedded in both formal and informal activities particularly for younger children. The earlier they are exposed to this kind of thinking and problem solving  the more adept they become at a skill that will be in very high demand once they leave school.

There are CoderDojo clubs in over 58 countries which meet regularly to learn new and important skills. In these clubs children learn how to build websites, apps, video games and much more. Holding Dojos in an informal environment means that it is seen as separate from school work which makes it more fun and engaging and shows young people that coding can be ‘cool’.

This unique approach to learning teaches young people more than just how to code. They help each other through peer to peer learning where they ask each other how to do things before asking their mentor. They are encouraged to collaborate with other young people in their Dojo which promotes teamwork and a sense of community among them. Through CoderDojo, young people are given the opportunity to become digital creators and get to have a say in the type of technology that surrounds them. Young people are given the freedom to express themselves through project based learning and by creating websites etc that show who they are. In a lot of cases the projects made by CoderDojo youth have a social good theme such as, anti-bullying websites, reducing carbon footprint, etc. Everyone is given an equal opportunity to learn with no one being excluded because of race, gender or socio-economic background.

Along with the skills gap, there is also a huge gender gap in the tech world.  In fact, last year, Google and Facebook released the figures of the amount of women they had in employment in tech positions. These figures stood at an astonishing 17% and 15% respectively. It seems women are less likely than men to choose a career in STEM because careers in areas like law and marketing are promoted to them from a young age. 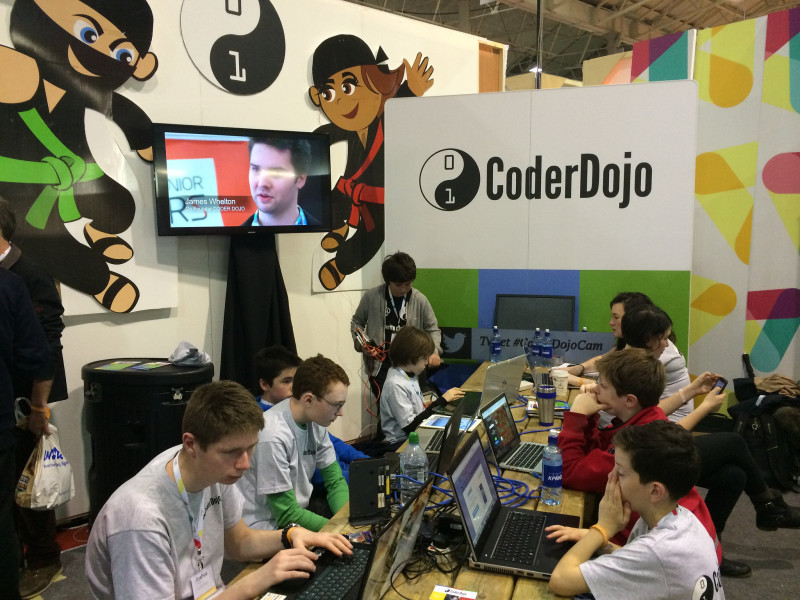 CoderDojo at the Dublin Web Summit

CoderDojo believes we can change this through initiatives such as CoderDojo Girls. Our ultimate aim is to have all Dojos be 50/50. Until we reach this stage, we are encouraging Dojos to make efforts to specifically reach girls. Many Dojos run CoderDojo Girls Dojos, these are held in an effort to get them more involved with a view to having them integrate back into mixed Dojos when they feel more confident with their abilities in coding.  By learning from incredible female mentors who are successful members of the technology and computer science industry, they have lessons and projects created  for them within subjects and areas that they can relate to. We know that once we dispel the notion that computer science is just for boys, CoderDojo girls will no longer be too intimidated to participate in this truly exciting and innovative area.  50/50 is possible but it is going to take some time and the sooner we start the better.

CoderDojo’s ultimate goal as an open-source community is to provide every young person with the tools and guidance they need to learn how to code for free. We hope that more and more young people will sign up to their local Dojo and give themselves the opportunity to become the next generation of digital creators. With over 640+ Dojos worldwide, we hope to continue to expand so that there is a Dojo accessible for everyone. No one wants to be left behind in our ever expanding, ever changing society which is why CoderDojo should be a part of every 7 to 17 year old’s life.