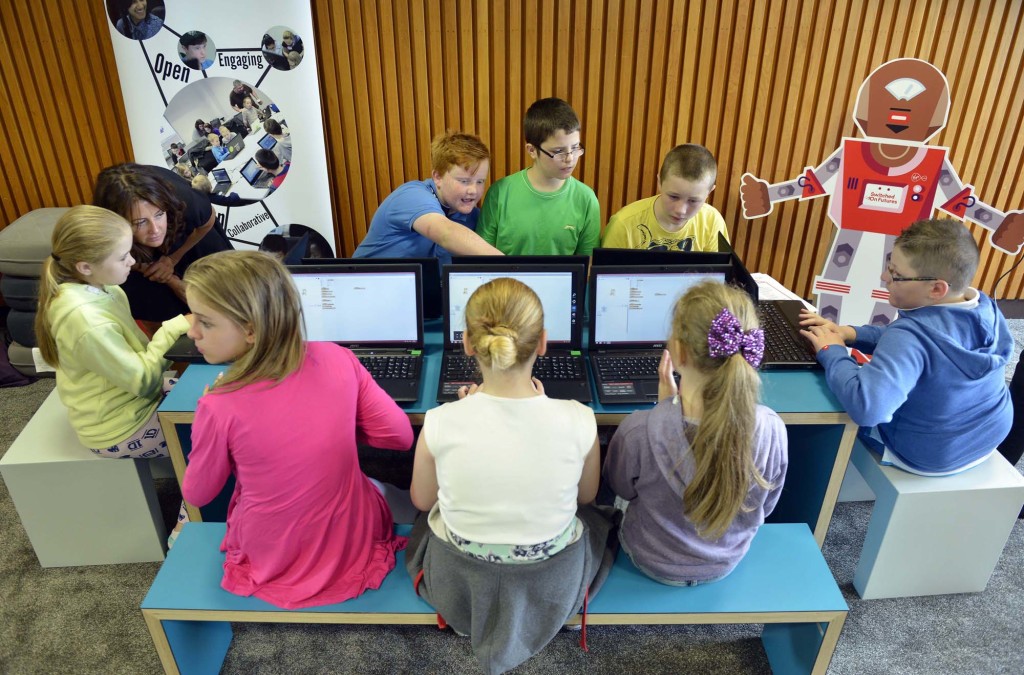 Partner of the 2014 Commonwealth Games, Virgin Media unveiled its Switched On Futures initiative to boost digital skills in Glasgow at the new Virgin Media Digital Making Space at the city’s Mitchell Library. The initiative marks a new partnership between Virgin Media, Glasgow Life and Digital Glasgow.

Through a series of unique coding exercises created in partnership with CoderDojo, the world’s biggest coding club, young people in Glasgow and across the UK will be inspired to become digital makers rather than spectators. Users will be able to create video games that can be controlled by cameras built into Microsoft Kinect consoles and learn how to programme bespoke robot-inspired handheld devices.

Kaitlin Hockham, 10, from Castlemilk, Glasgow who took part in the first coding session at the Virgin Media Digital Making Space said: “It was inspiring to hear that I could make a living from making video games when I’m older. I love sport, so I’d make sports games, or even a racing game where I can escape from tidying my room. I’d definitely come back to the library to go to more coding clubs.”