MEPs learn to code from CoderDojo youth at the #EUDojo! 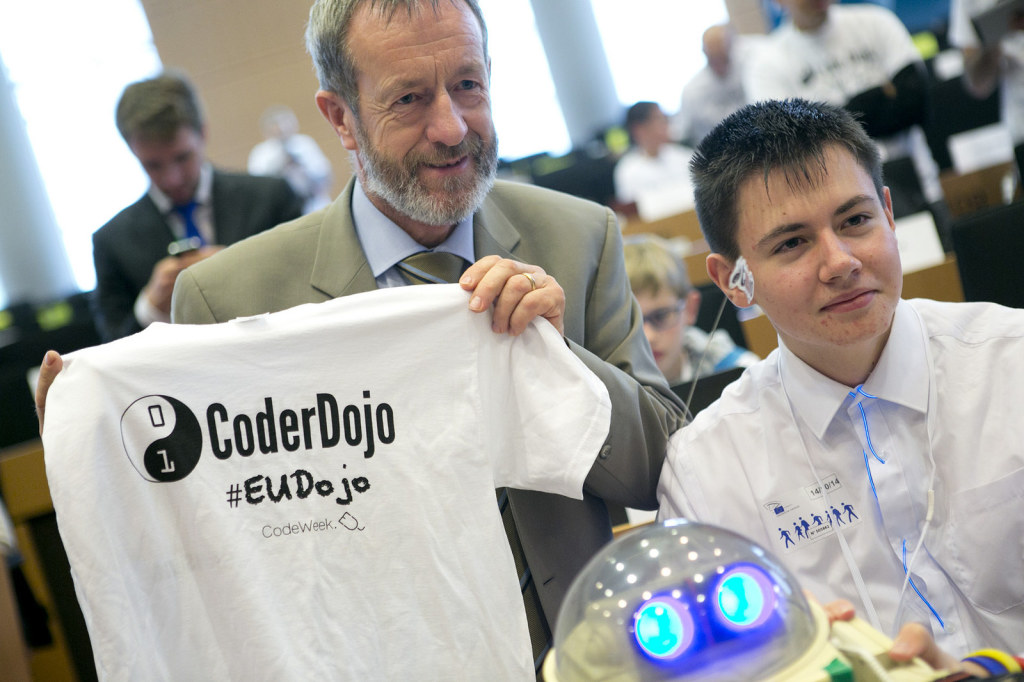 On October 14th, CoderDojo and Sean Kelly MEP hosted the second #EUDojo event, where 35 CoderDojo attendees from Dojos in Poland, Romania, Italy, the UK, Ireland, Belgium and the Netherlands taught MEPs to write their first line of code. The special #EUDojo in the European Parliament brought together young coders, MEPs and industry leaders from across Europe to celebrate CodeWeek.EU. 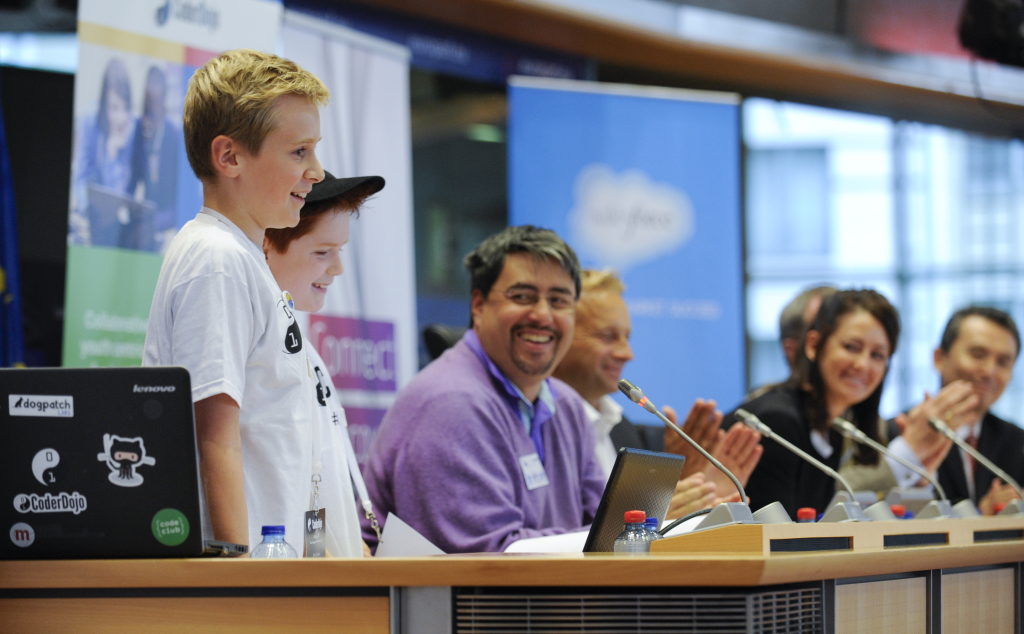 Congratulations to the five of the young coders, Sam & Tom (UK), Thomas (IE), Giulia (IT) and Zuzanna (PL) that showcased projects that they have built with the skill learnt at their local Dojos! 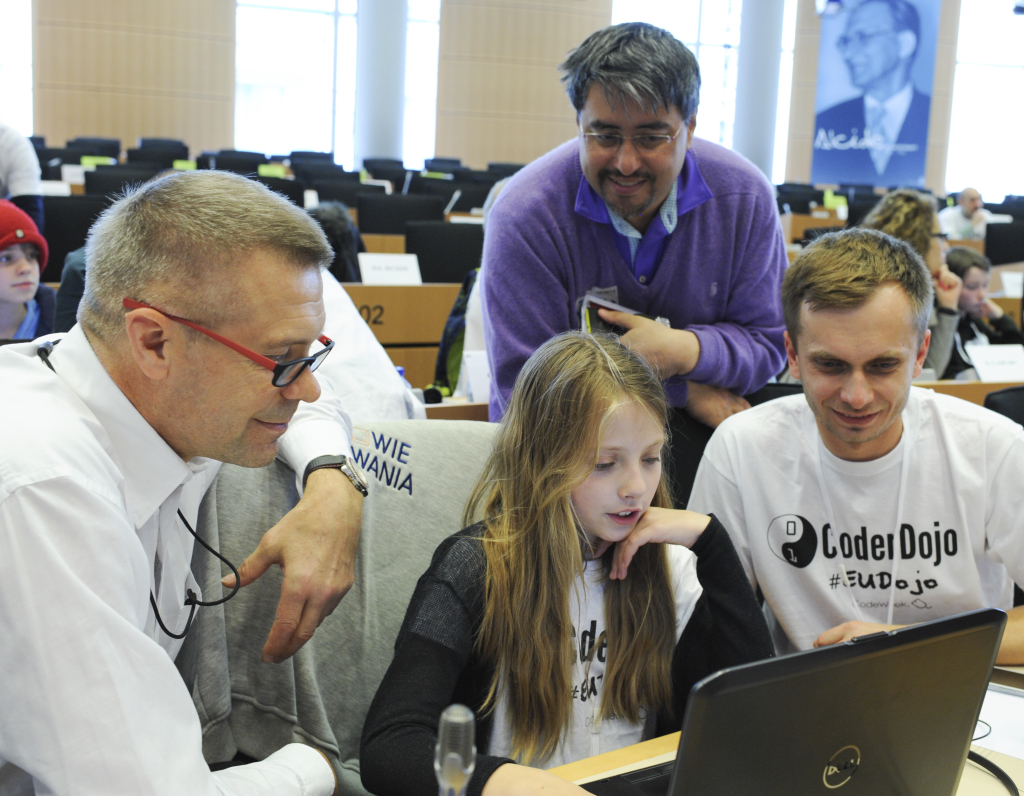 Bogdan Wenta MEP and Bill Liao get schooled at #EUDojo

CoderDojo Co-Founder Bill Liao and Sean Kelly MEP respectively opened and closed the proceedings. While speaking Bill Liao told the room how his vision is for CoderDojo to democratise code by bringing it to all the children in the world.

‘We are far away from that ambition and it is only through the tireless work of volunteers, champions and supporters that we will reach this.’

At the event Sean Kelly MEP took the opportunity to call on all MEPs in attendance to become ambassadors for CoderDojo by starting new Dojos in their constituencies by Code Week 2015.

‘The CoderDojo movement is now located across 50 countries and more than 500 clubs are helping young people to be cool through coding. Without volunteers it wouldn’t happen. The movement has the potential to surpass the GAA in size and we owe a lot to Bill Liao and James Whelton!’

The chairman of Samsung Europe SW Kim told the room of young coders and MEPs how CoderDojo has been the inspiration influencing the Samsung: Coding Master Class Programme, which aims to promote digital literacy and programming to 50,000 kids in 1,000 schools around the world! 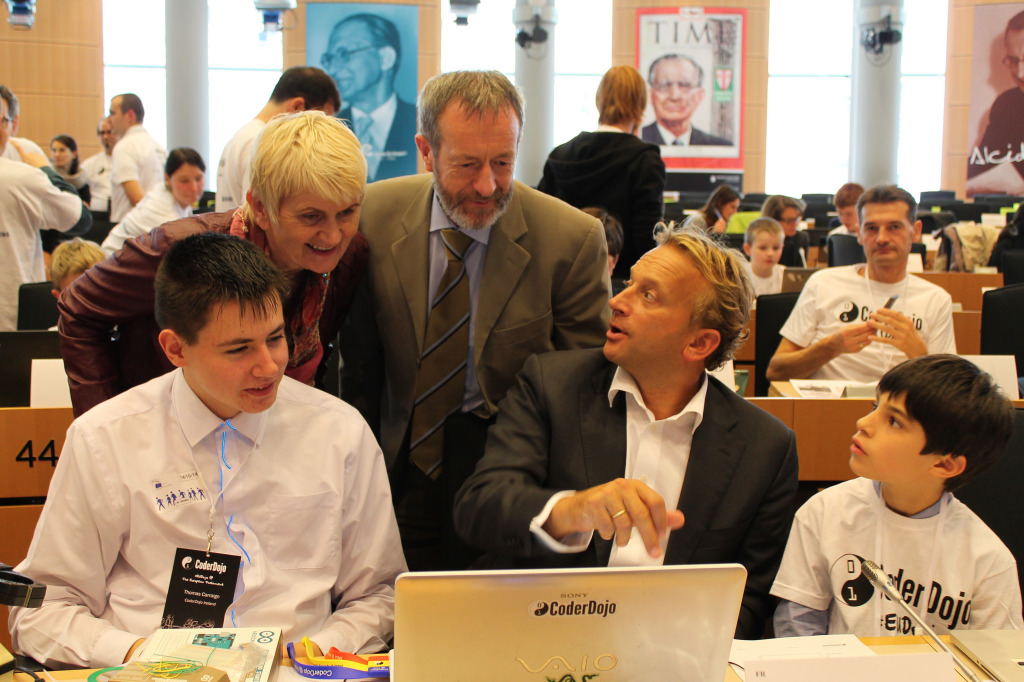 See all photos from #EUDojo

Thank you to #EUDojo host Sean Kelly MEP, all the youth Mentors that taught MEPs to code and the adult Mentors that organised the event. Also a big thank you to CoderDojo Foundation partners, Liberty Global and event sponsors Google, Salesforce Foundation and Samsung. 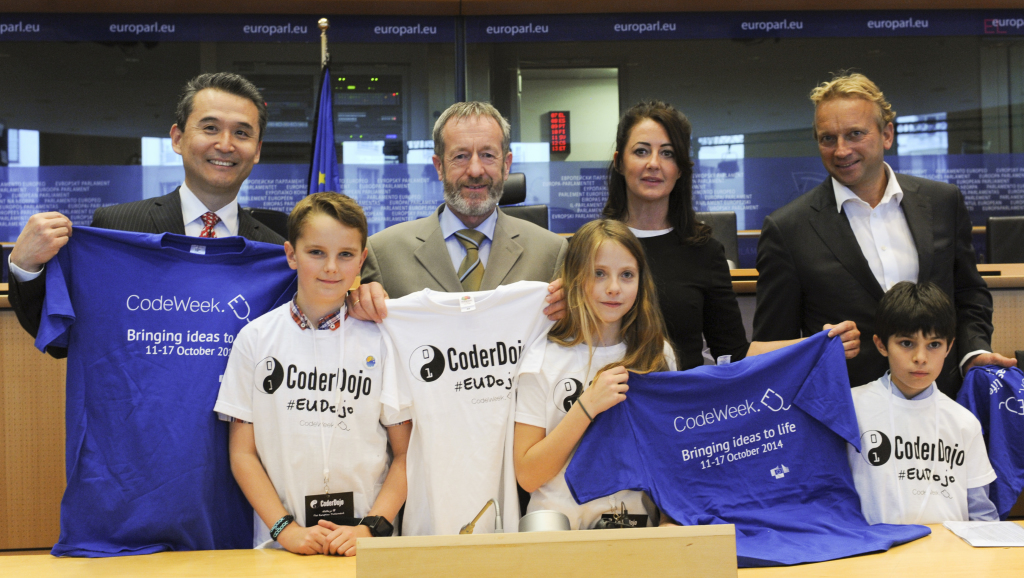