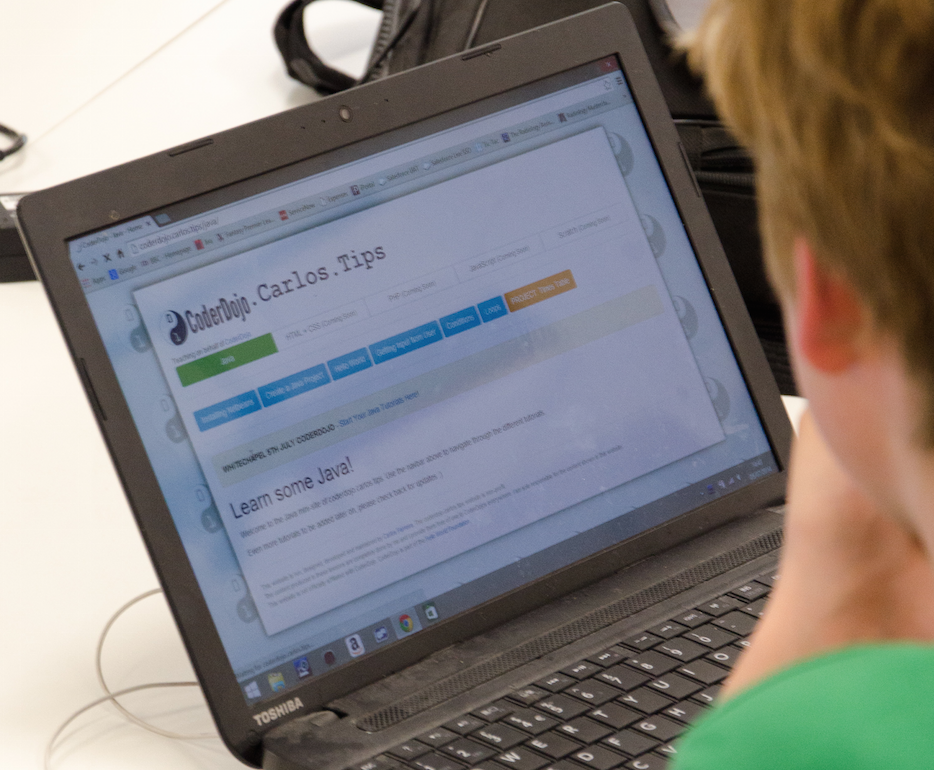 Starting in June CoderDojo will be partnering with a new U.S. based nonprofit, Codestarter, to offer laptops to  youths from underserved areas who wish to join CoderDojo sessions. By focusing on underserved populations and offering hardware, Codestarter hopes to open the doors to programming education for young people who previously couldn’t take full advantage of  the opportunities available  for learning to code with CoderDojo.

Codestarter is looking for four Dojos from the U.S. for their first pilot project. If your Dojo is selected as part of the pilot, the Dojo Champion will be responsible for reaching out to find young people from underserved populations, who would like to learn to code, but who don’t already have their own hardware. Please complete the short survey below and help Codestarter gather some information on young people’s interest in coding, and the impact of CoderDojo, to be in with a chance to have your Dojo selected for the pilot of this initiative:

Codestarter has already received pledges of nearly one hundred Acer Chromebooks which they will be distributing to selected Dojos. Initially students will receive laptops on loan in order to join the Dojo. If the young people actively show Codestarter that they have the initiative and willingness to learn code  they will be able to keep the laptop permanently in order to pursue their newfound love of coding.

Codestarter will be coordinating with the selected Dojos to provide short quarterly reports on the youth’s progress for the first year, and they will continue to track their progress annually in order to measure the long-term impact of providing laptops to young people and empowering them to code.

As more laptops become available, Codestarter plans to expand to other Dojos, including those outside of the U.S. They welcome any feedback as they refine their project. If you have any questions about this exciting initiative don’t hesitate to contact:[email protected]