On October 18th, the fourth annual #EUDojo event will be held in the in the EU Parliament in Brussels. CoderDojo, who were recently awarded a European Citizen’s Prize, will host the event along with Seán Kelly MEP.  Volunteers, and parents from across Europe have been invited to participate in the event where they will travel along with 40 young coders from Ireland, the Netherlands, Romania, Spain, Italy and Belgium to the EU Parliament to showcase their coding and technology skills. Here, the children will teach MEPs how to write their first lines of code.

“We are delighted to be co-hosting EU Dojo again this year, the flagship CoderDojo event for Europe Code Week with our partners Microsoft and Liberty Global. Europe remains the strongest region for CoderDojo growth, with 800+ Dojos running in the region alone. By showcasing youths digital making and creative skills we hope that CoderDojos vision will spread further across Europe, giving more young people the opportunity to code, create and learn about technology!” -Giustina Mizzoni, Executive Director, CoderDojo Foundation.

The event takes place during Europe Code Week which runs this year from the 15th-23rd of October. During the coding session, the young coders will teach MEPs how to create a basic website using the programming languages HTML and CSS.  The CoderDojo youths will also be given the opportunity to showcase projects that they have made in their local Dojos. At last year’s event, 9 year old Bendetta from CoderDojo Allumiere in Italy played the Anthem of Europe using an instrument she built herself using code, and CoderDojo London team, Zach and Louis, demoed an animated European Union flag they had built using processing. 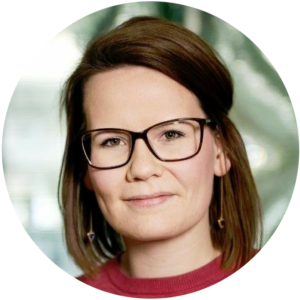 Sara-Jane Dunn, a scientist based within the Biological Computation group at Microsoft Research Cambridge, will give a talk on the long-term possibilities STEM and computer science education offer. Youths and adults alike, will be inspired to learn about her work at the interface between mathematics, computer science and biology, making cells programmable; fundamentally transforming medicine, agriculture and even the ways we generate energy.

At the event Liberty Global and CoderDojo will launch the Future Makers Awards. The new edition of the Future Makers Awards celebrates those digital solutions that answer society’s most pressing challenges. From the 18th of October to the 1st of December, young people across Europe aged 10-17 years old are invited to use their coding superpowers to create a positive impact in society. 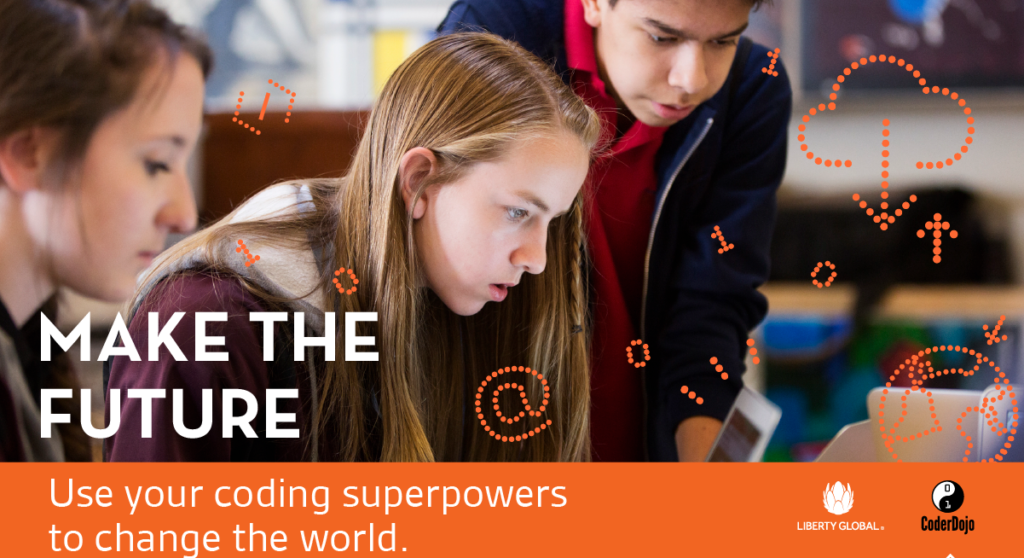 This years EUDojo event is hosted by Sean Kelly and supported by Microsoft and Liberty Global.