CoderDojo Ninjas came in their droves to DCU on the 7th and 8th of June to demo their cool and imaginative projects that they’ve been working on at their Dojos at the CoderDojo Coolest Projects awards. The Coolest Projects awards is all about encouraging CoderDojo participants, every attendee was awarded a super cool CoderDojo USB Belt for entering their projects! Prizes were also awarded to projects like a rebuilt Robot, an eCar charger locator app, and game for dyslexic young people, a camera selfie site and more!! This year event was supported by a host of corporate sponsors including Intel, UPC and RTE Digital. 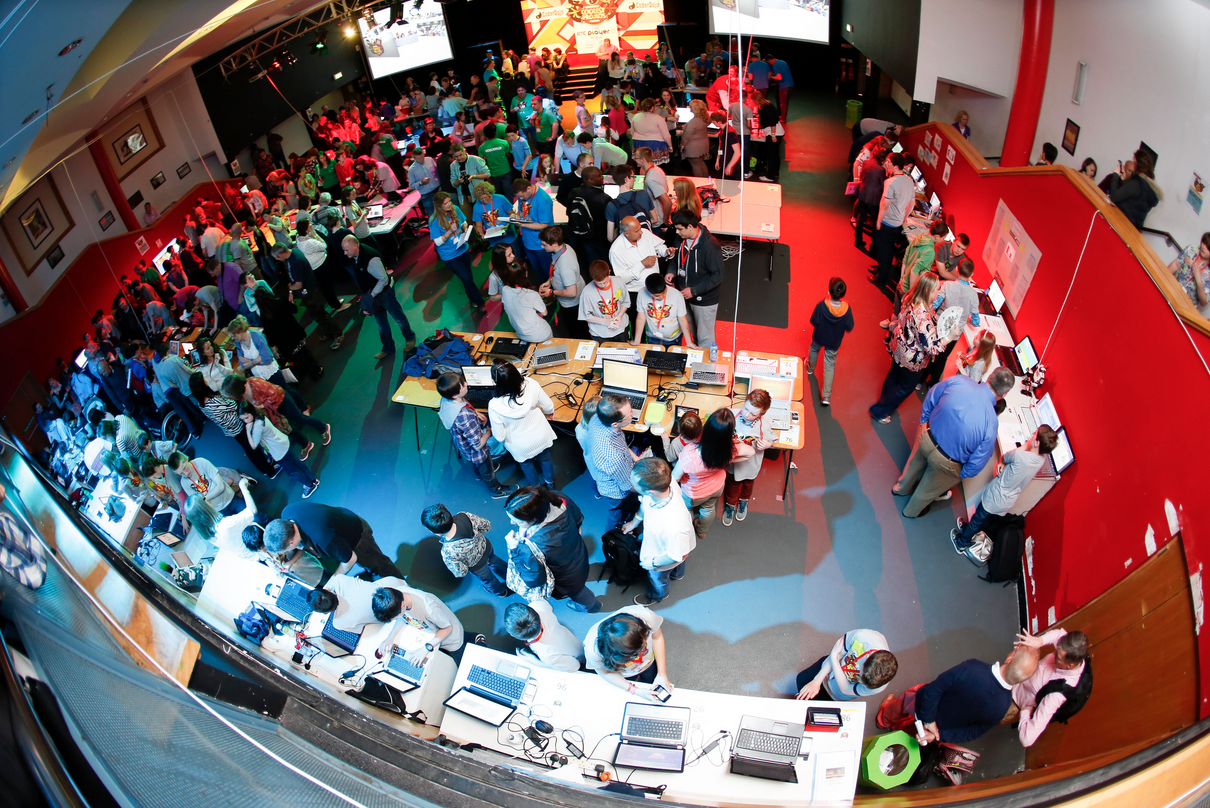 Projects in the Hub

The Coolest Projects Awards, now in its third year, is an opportunity for CoderDojo Ninjas to showcase the application of the skills and knowledge they have gained from attending their Dojos. The event has gone from strength to strength each year with 250 projects being presented this year to an expert judging panel which included Silicon Republic’s Ann O’Dea, EU Code Week Ambassador Julie Cullen, and CoderDojo Co-Founder James Whelton who found choosing the winners a difficult feat;

“Just seeing the kids so in their element brought it home the difference that coolest project makes to them, the projects just blew me away it was so hard to judge the winners as there was an incredible amount of great projects who were all raising the bar in terms of creativity’’ 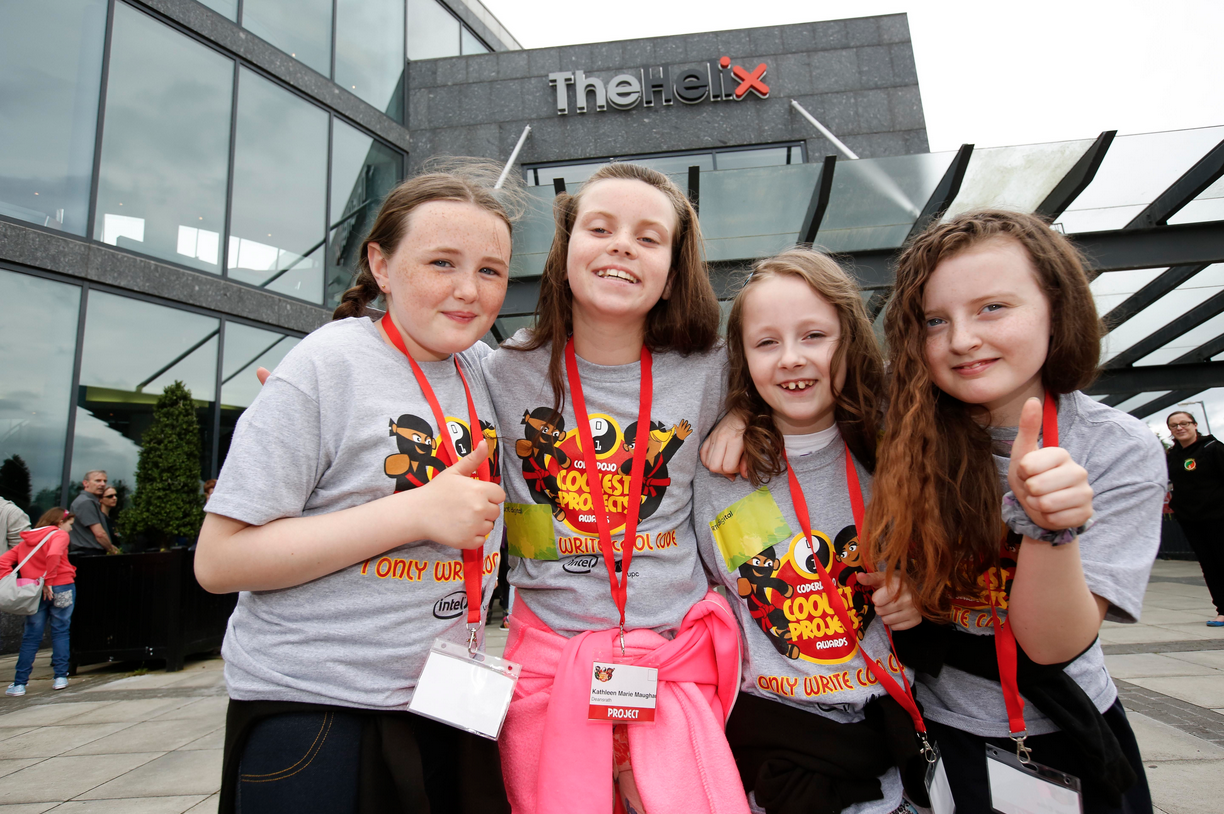 This year, support from Liberty Global, parent company of UPC, allowed CoderDojo to increase the reach of the event to include projects from Dojos in the UK, Italy, the Netherlands, Poland and Romania and sponsor their travel to Dublin for the event! It was amazing to see CoderDojo Ninjas from Ireland meeting other members from European Dojos, demoing their projects and making new friends on the day! 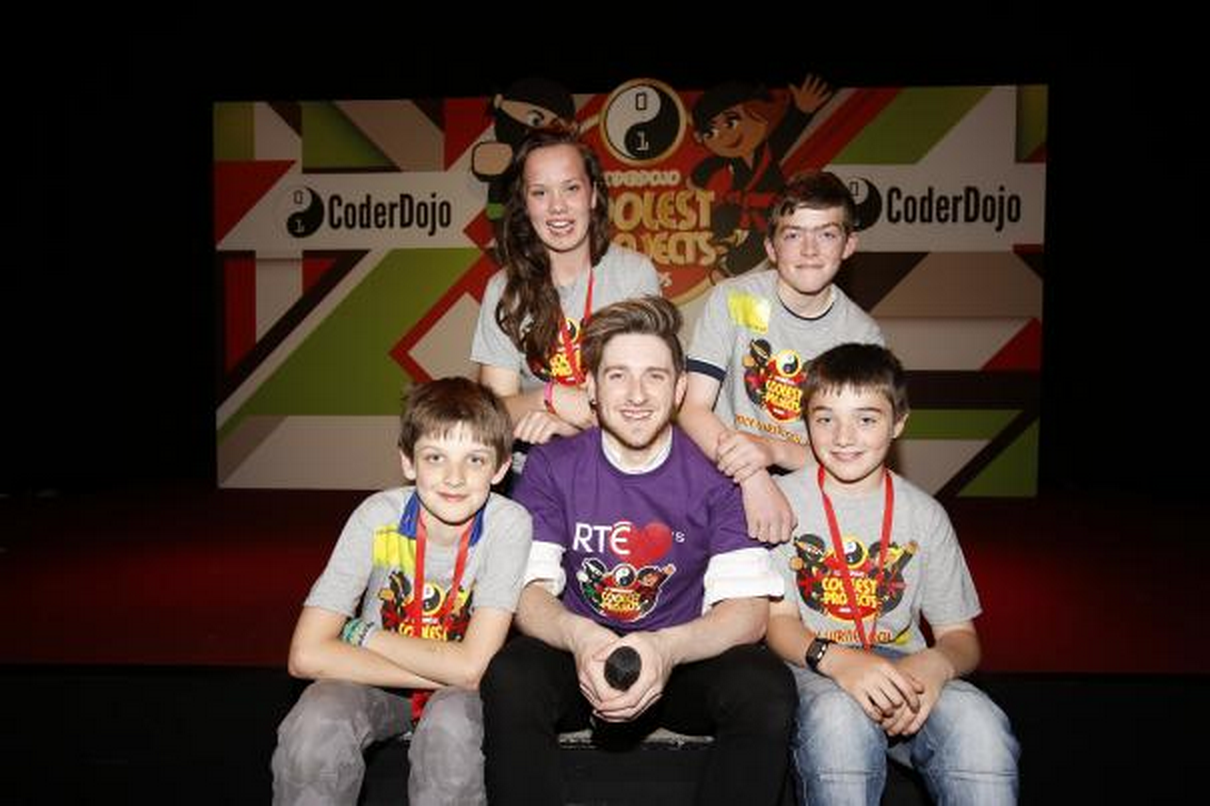 Stephen Byrne from The Voice hosted the awards. Check out the RTE Digital Blog for interviews with Ninjas, Mentors and Parents from the CoderDojo community who participated both here and internationally! Co-founder of CoderDojo Bill Liao who opened the awards ceremony captured the day;

“Generosity of spirit, that was the hallmark of yesterday’s Coolest Projects which was so massive and so cool. I was particularly touched by the young author of an anti-bullying app who was intent on paying it forward through assisting others who suffer what she has suffered from. Very humbling”.

Projects were judged not only for the complexity and usability but also for that essential ‘cool’ factor, similar to the one rule of CoderDojo: “Be cool!”.  Prizes, provided by Coolest Projects founding partner Intel included a top of the range Fonepad, cameras and phones, and were awarded across 6 categories:

This year also saw CoderDojo in Silicon Valley to launch the US Coolest Projects Awards in the global technology hub on the same day with over 30 projects being presented! Next year we look forward to seeing the event growing in size.