We’ve partnered with Unity Technologies to develop an exciting path of projects for young people who want to create 3D worlds, stories, and games. Unity is a hugely popular software framework for creating 3D video games and virtual, interactive worlds and stories. Professional developers use Unity to create well-known games such as Pokémon Brilliant Diamond and Among Us. Best of all it is free for anyone to use.

Our new project path is the ideal introduction to Unity for young people. It is for learners who have already coded some projects in a text-based language, such as Python. Learners gain more independence with each project. The path:

After young people have completed the path, they’ll have:

Check out the new path!

Young people who follow our new Unity path gain real-world skills that are sought after in the tech sector while also expressing their creativity.

Supporting Dojos to get started with Unity

We are running two free online workshops in February for Dojo volunteers. In the first workshop we will introduce you to Unity, our new project path, and the software setup required. The first workshop, ‘Unity 101: Setting up for success’ is on Wednesday 2 February at 11:00 GMT.

In the second session, we will give you tips for implementing Unity in your Dojo, whether it’s running online or in person. We’ll demonstrate elements of the projects and hear from Dojos that have used Unity already. You’ll also see how you can import assets developed in Blender into Unity projects. The workshop ‘Unity 102: Creating 3D worlds’ is on Wednesday 9 February at 13:00 GMT. 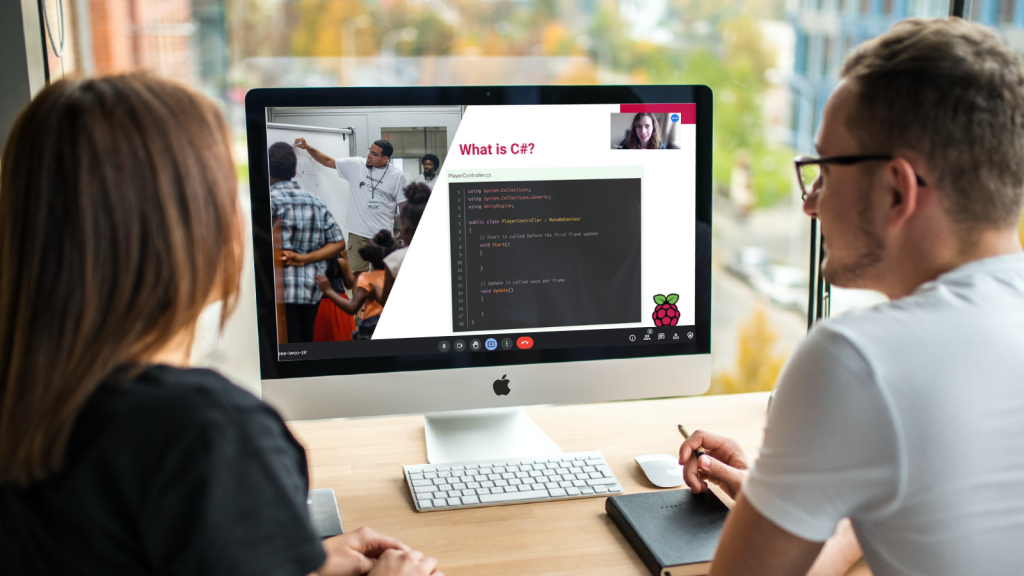 The project path includes instructions for how to download and install all the necessary software to start creating with Unity. Before they can start, young people will need to:

After young people have completed a path, celebrate their achievement by presenting them with the corresponding path certificate. You can either download the editable certificate and type in their details digitally, or print it out blank and write their name on it manually.

Example projects Ninjas have made with Unity

Young people in Dojos have been using Unity to create interesting worlds and stories already. Here’s a selection of games that young people have entered into Coolest Projects.

Lemon’s Head Haunted House Tour was developed by Oisin from the Laois-Offaly Dojo in Ireland. The characters were modelled in Blender, and it has some great light flickering animations.

Erin from Islington Dojo in the UK made a 2D game called Ghost in Unity. She used Desk SketchBook to draw the characters for the game.

Cal and Antonio from CoderDojo Belfast made a 3D game called Mind Madness. In this first-person game, you are playing ‘inside your own head’ and it has scroll-through dialogue.

James from Clonakilty Dojo entered Styx, a low poly psychological horror game made in Unity into the 2020 showcase.

It’s really exciting for us that we can bring this new project path to young people who dream about creating interactive 3D worlds. We hope to see many of their creations in this year’s Coolest Projects Global, our free online tech showcase! Project registration opens on 14 February, and closes on 11 May.