Throughout October young people shared their celebratory projects with us as part of The CoderDojo Birthday Giveaway! Young people used their coding skills to make projects to celebrate 10 years of CoderDojo. Check out some of the amazing coded creations below!

We received almost one hundred project entries from young people across 15 different countries. Many projects were built using Scratch, but we also received projects created with Python, HTML, C++, TinkerCad and more. We were amazed with the inventiveness and creativity on show. It was very tough for our team of judges to select winners. The projects selected for their creativity, originality, presentation and use of code are listed below.

Umar from Cobh Dojo in Ireland made an amazing fireworks show in Scratch. It really caught the judges’ attention. They noted that a “Huge amount of work went into making the fireworks animation”.

Ian and Brian from CoderDojo Maitama in Nigeria wowed our judges with their website, which celebrates all the things they love about CoderDojo. They used HTML to structure the website, CSS for the rainbow backdrop and Javascript for making the button interactive so a message appears when it is clicked.

Millie from the Cromar Future Group Dojo in Scotland made a fun game in Scratch called Candle Catastrophe. The aim of which is to use controls to move a birthday cake to dodge water balloons, which will extinguish the lit candles on the cake. She explained “I came up with the idea when thinking about birthday related things, balloons and cake are the first things I think about! I thought I’d make it a bit different from the more usual games of collecting things, so you have to dodge the balloons instead.”

Lemuel, who participates in Philly CoderDojo’s online [email protected] sessions (USA). He made a topsy-turvy moving platform game in Scratch. The player jumps from moving cake to moving cake, trying to pick up candles. All while avoiding forks and catching onto floating balloons to avoid losing the game! One of our judges noted: “This game has a lot of different elements, making it both challenging and rewarding to play, well done!’

Seàn from CoderDojo Tramore in Ireland made a randomly generated path finding game in Scratch. The game stood out to the judges as being very innovative. He created a new limited block-based language within Scratch. Despite some small bugs in the project that Seàn acknowledged, the extensive work and its originality shone through.

Bianca who attends a Dojo in Timișoara, Romania made a birthday celebration quiz in HTML. It contains three HTML related questions which lead the participant to the party if answered correctly. The judges liked how Bianca’s project can teach others some simple HTML rules, and liked it’s nice design.

Adewumi Deborah from Nigeria made a website to celebrate CoderDojo’s birthday. It explains what young people can learn in a Dojo and the benefits. Our judges’ thought she presented her project and the code she used very well. 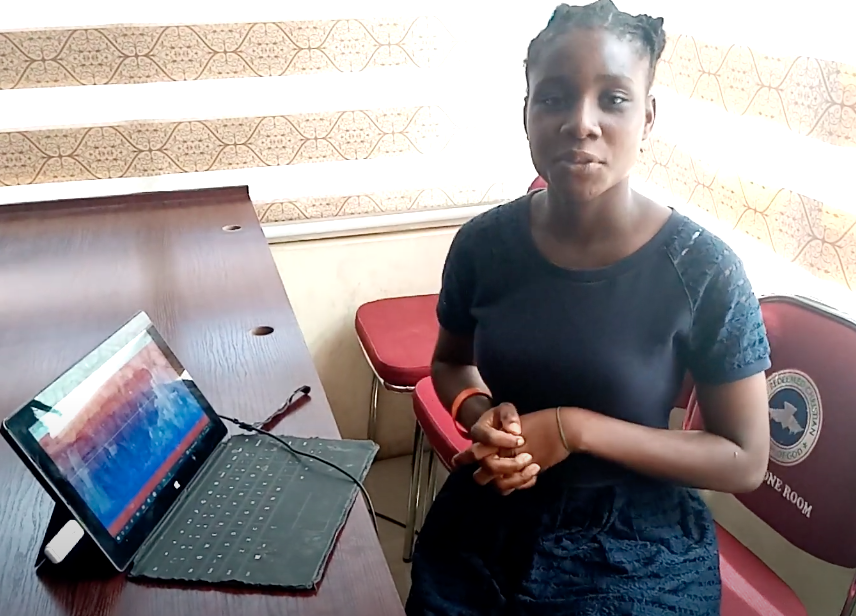 Cozac Cristian – Ilie from a Dojo in Romania create a Python programme to celebrate 10 years of CoderDojo. With it you can either see an anniversary drawing of the CoderDojo logo and some confetti or create a special personalised “Thank You” note. One of our judges said: “This project really captures the history and spirit of CoderDojo.” 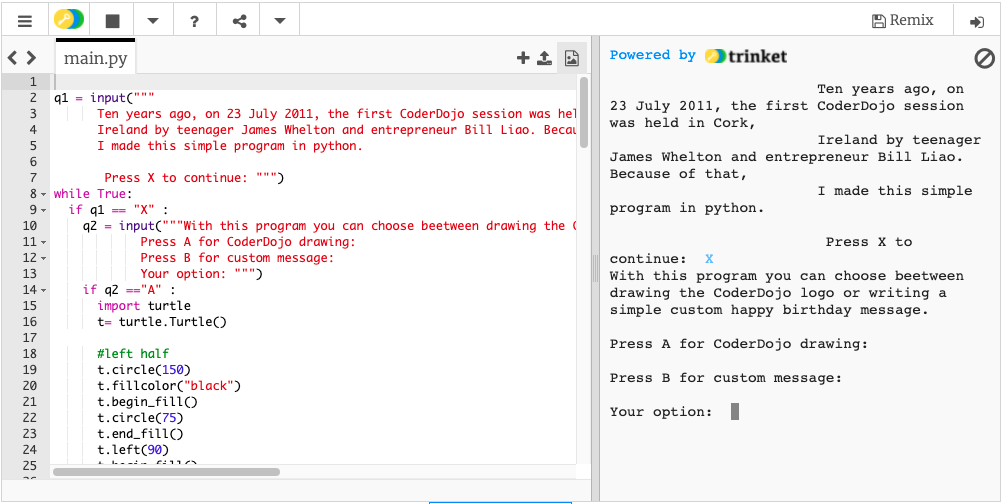 We received so many innovative ideas, but couldn’t award prizes to them all. Our judges wanted to highlight these projects that they also really enjoyed. All entrants also received a certificate to celebrate their involvement. You can check out the projects our judges wanted to give a special mention to below.

Thank you to everyone who participated!

The CoderDojo team is incredibly proud of all the young people who took part — we know that it has been a challenging year and that many of you are not able to attend a Dojo the way you used to. Well done for taking the initiative and creating your project to celebrate 10 years of CoderDojo. We’d also like to say a big thank you to all the parents and volunteers who encouraged young people to get involved. 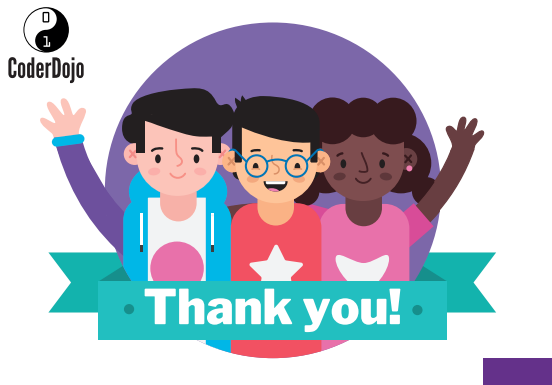