Turning an idea into reality

When Ally realised his son, Dougie, was missing his in-person coding club, he wondered whether online sessions would help. The idea soon proved popular with his colleagues and the company’s broader community; after posting about the first event on their social media pages, Redgate had received 1600 registrations by the next day. Ally and his colleagues wanted to make the club public, so young people from around the world could take part.

“Initially it was my son’s idea, his primary school has a lunchtime coding club which he recently started attending and he was disappointed he wasn’t going to be able to attend. I wondered if a few of the parents at Redgate would be interested in getting together with our kids and sharing some online coding lessons. Forty parents said yes and we quickly decided to make it public and give it a go.”

Once the team had promoted the first session, they had to plan how they would deliver it. To make the club accessible for all levels of ability, they ran six Zoom sessions simultaneously: beginner, intermediate, and advanced (with two sessions at each level). They used a Net Promoter Score (NPS) after each session to gather learners’ feedback, and also recorded and uploaded the sessions to YouTube. Through their online club, the Redgate team have now delivered an incredible 1500 hours of learning. You can find the recordings of their coding sessions on their YouTube channel. 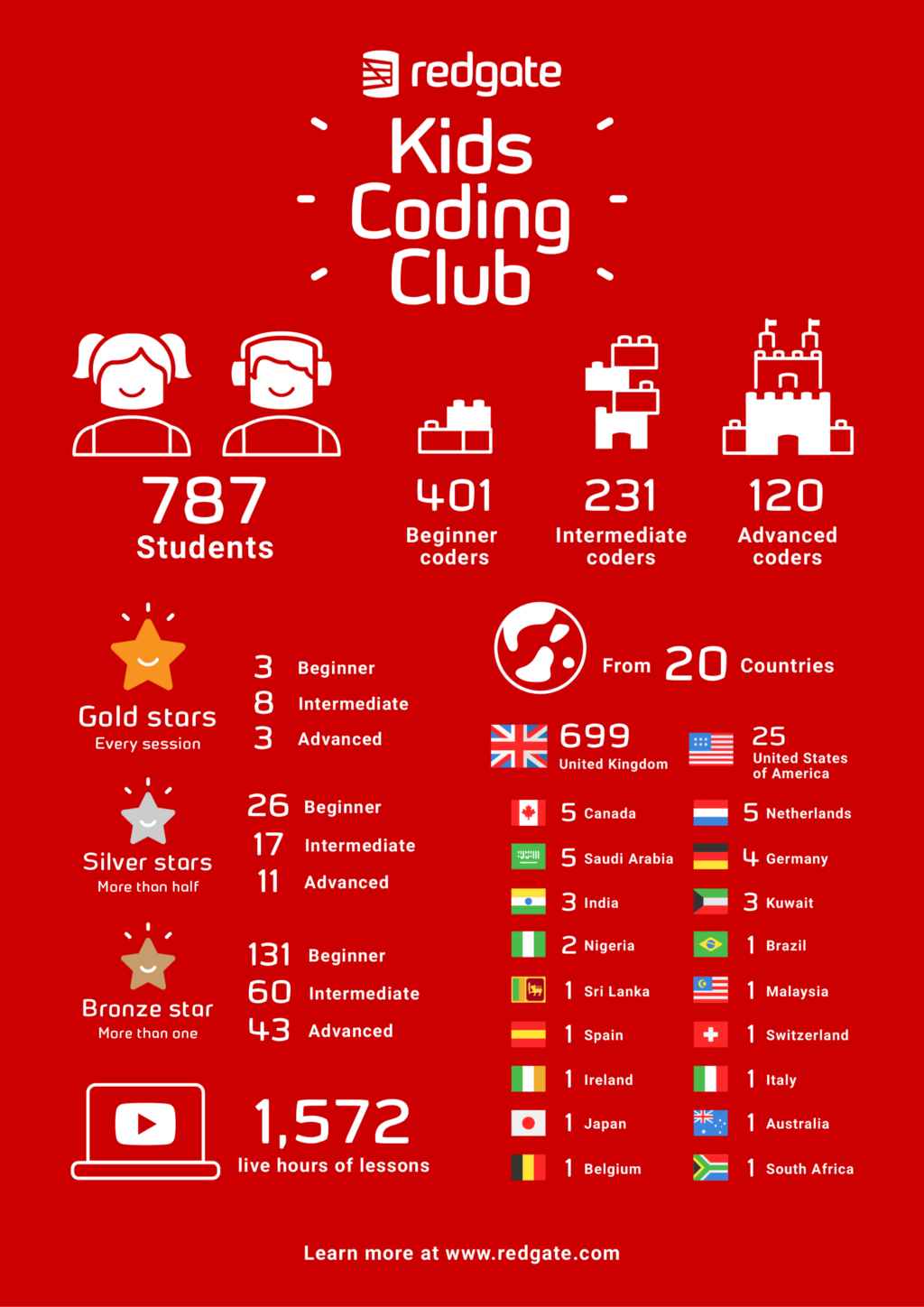 An infographic illustrating the impact of the coding sessions

Organising and implementing an online club of this scale is no mean feat; fortunately the Redgate team had the right resources for the task!

“We literally worked our way through the Raspberry Pi projects site, there is no way we could have done this without those resources. We were actually worried that we were going to run out!”

The team chose projects that young people could easily complete at home with a laptop, and found that the most popular projects were Rock band, Cats, Clone wars, and Boat race. To help learners prepare for each session, the team would send out an email in advance with tips for getting set up and advice on the projects they planned to use.

Ally shared how the delivery of the material was also key to their success: “For each session we had our child co-presenter explaining the concepts, so Dougie (my son) would do the talking, explain what a sprite is, etc. Feedback has shown that the children reacted really well to this”. This is a great approach for anyone planning an online session of their own. Furthermore, all Raspberry Pi projects are completely free to use!

“The Raspberry Pi projects made it easy to send the projects out in advance and as the kids just need a browser — it was straightforward.” 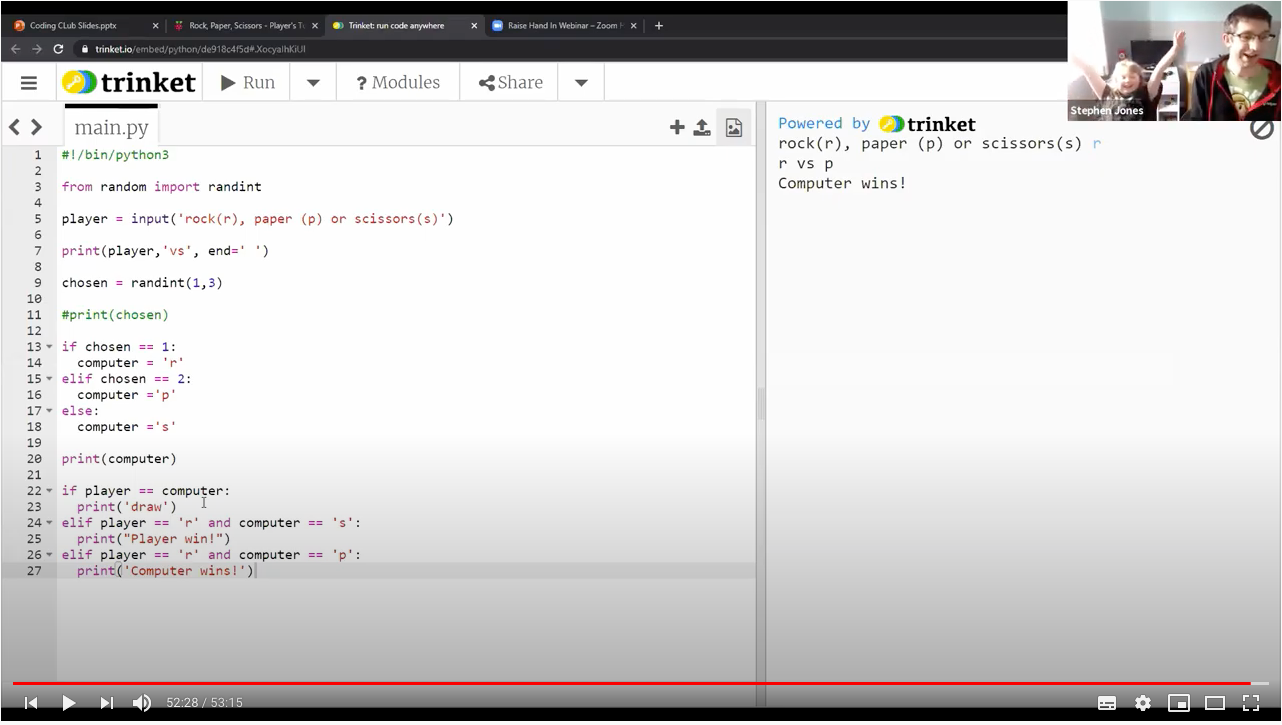 Demonstrating a project in Trinket

Getting the whole team involved

In addition to over 50 Redgate colleagues choosing to volunteer with the club, the team had the full support of senior management, with many of them getting involved too. It was a chance for Redgate employees to share their skills and support their community during a challenging time.

“I think the main thing they got out of it was the satisfaction of supporting others, giving expertise that would benefit other parents, children, and families.” 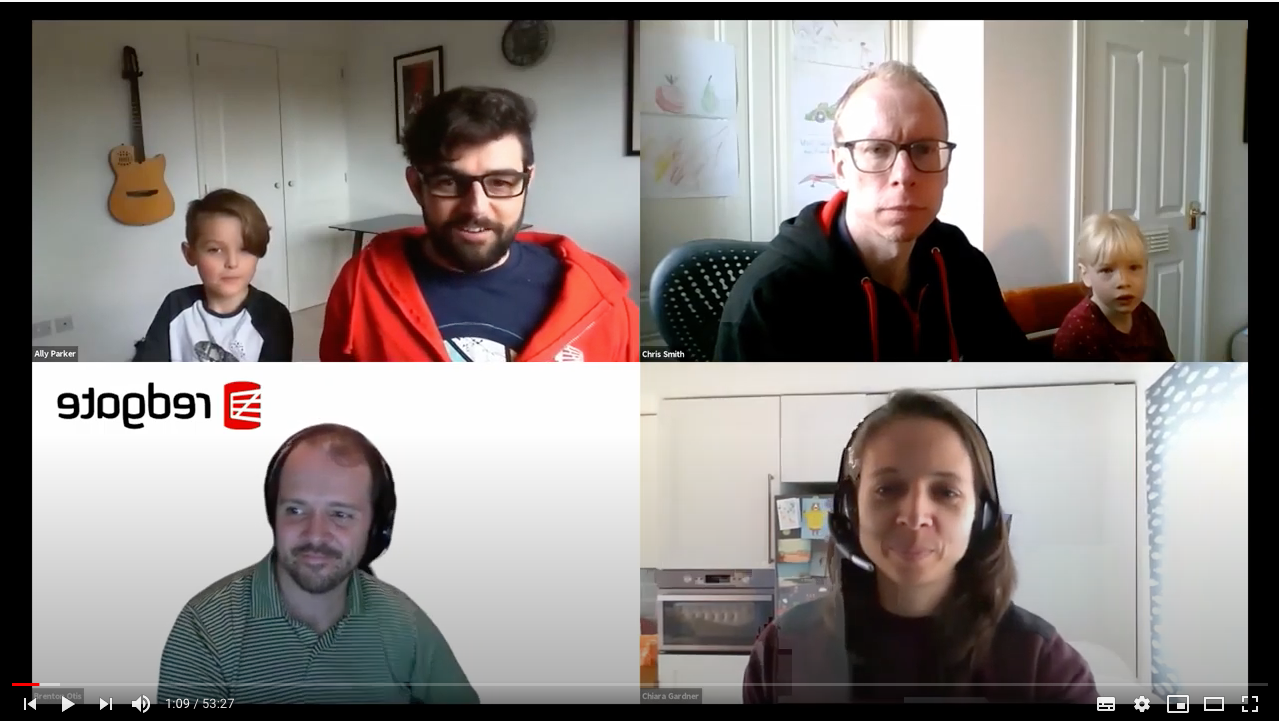 Redgate colleagues on a coding session

As we have seen from the experience of Ally and his colleagues, the decision to start online coding sessions has made a huge impact on the young people, parents, and volunteers involved. One parent had the following feedback for the Redgate team:

“Can we say a big thank you! These sessions have been a lifeline for our son during lockdown. He watches the intermediate Scratch sessions (sometimes live, sometimes recorded) and not only is he having a great time, he’s learning quite a lot. You are truly superstars!”

With the right resources and support, starting online coding sessions from a corporate company needn’t be a daunting task. The Raspberry Pi Foundation has a plethora of projects and other resources to support you on your journey:

Ally had the following advice for organisations looking to try coding activities online:

“Just do it, it’s been incredibly rewarding and the projects from Raspberry Pi make it so simple to hit the ground running. Prepare to be agile and change things as you go.”

We’d like to say a big thank you to Ally and everyone at Redgate for supporting our mission and getting children coding around the world.