“One big family”: How two clubs teamed up for EU Code Week

Many clubs across our community took part in awesome EU Code Week activities this month. Two teams took their activities a step further by connecting across Europe and collaborating with each other.

Connections made across Europe

Club leaders Manos and Zita first connected in May through the European Schoolnet Academy. Manos has been running his Dojo in Votanikos since 2018 and has been involved in various projects within the Raspberry Pi community, including translating content into Greek. Zita runs the Cois Barry Code Club in Wexford and has also been a long-standing CoderDojo community member. As soon as they became aware of each other’s clubs, they saw the potential to collaborate! 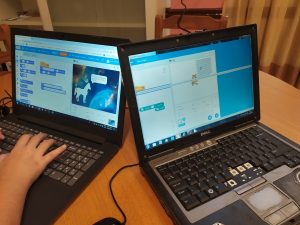 Zita and Manos initially got involved in the Code Week 4 All challenge. The idea was that both sets of children would create a Scratch project describing their coding club, and use a translation extension so that the text could be understood by everyone.

Taking part in the challenge motivated the two clubs to continue with their collaboration. They used their sessions to send greetings to each other by sharing images and short videos . They also used Google Earth to see how far apart the two clubs are. What a cool idea!

Celebrating our international collaboration, inspiring and sharing with @mzeakis

The young people from both clubs created a series of awesome projects for EU Code Week. These projects were uploaded to a shared Scratch studio, which you can see here.

Zita described the CoderDojo/Code Club/Raspberry Pi community as “one big family” — we couldn’t agree with this sentiment more! The Cois Barry club’s “Pi Cousins EU” project (below) celebrates this ethos with a description of each Raspberry Pi programme, along with the Greek translations. 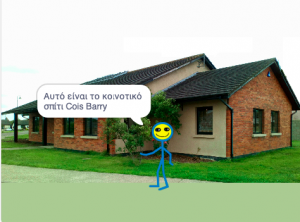 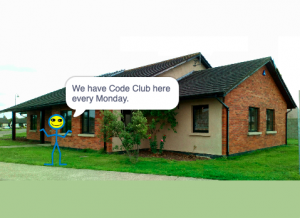 Would you like to collaborate by “twinning” with another Dojo?

Manos and Zita’s collaboration allowed two clubs from different corners of Europe to connect and learn together. Furthermore the “Pi Cousins” continue to think of new ways to work together, and are planning further collaborations with Netherlands champion, Sanneke. Exciting!

Let us know if you’d like to be twinned with another Dojo!