On February 17 we held our second twelve-hour Twitter chat so that all those around the world involved in CoderDojo could take part and share their experiences. During February our focus has been on the 12,000 volunteers involved in Dojos globally, and #ChatDojo was no exception.

Thanks to all the Volunteers in Japan, Texas, North Carolina, Greece, the Netherlands, Russia, Ireland and the UK who took part! In particular thanks to Togazono (of Kodaira Dojo), Simon (of Harrogate Dojo) and Manos (of Votanikos Dojo) who supported as community moderators during the day.

Below is the first five questions that were asked during the day. So let’s kick off with our first question.

Q1. Tell us about your Dojo: Age of Dojo, Location, # of children and your role!

The idea of this question was to help volunteers to introduce themselves, to highlight the diversity of Dojos and to give context for volunteers input throughout the rest of the discussion. It was a popular question too.

Those taking part have been volunteering with their local Dojo between two months and 6 years! Respondents shared the diversity of venues their clubs hold sessions in too; from community centres to libraries, church sports halls, to coffee shops! Champions and Mentors also shared how their Dojo sizes ranged from 7 children to over 130 Ninjas!

Some of the responses to out first #ChatDojo question were:

@CoderDojoSA meets at @SAC_PR a couple of Saturdays a month.  We meet for Feb- May and again Aug-Dec.  We have ~130+ ninjas since we offer a variety of intro classes. #mentor

We were also delighted to see other community members jump in to help others source alternative venues to avoid rent costs for example. That’s what being part of the CoderDojo community is all about!

Moving on to our second question: 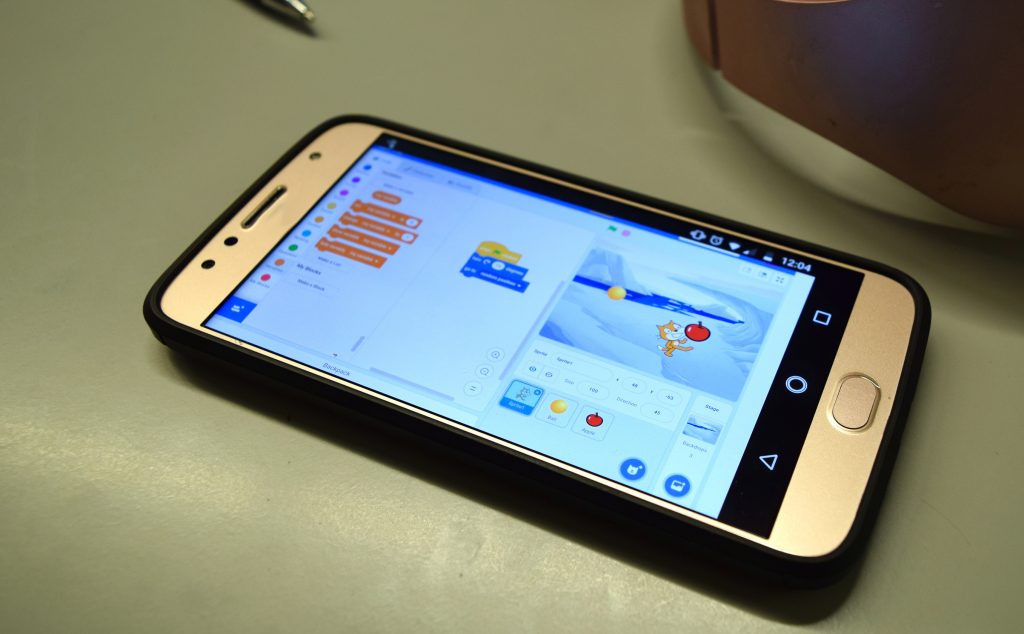 93% of Dojos reported using Scratch in our Annual Survey. Scratch 3.0 was officially launched in January and we are delighted to see so much uptake of the new version and its new features by Dojos since then. While the vast majority of Dojos have delved into using Scratch 3.0, some were still figuring out the new elements.

According to participants highlights so far have been:

Here are some of the responses we received:

We’re loving the @microbit_edu extension and the Google Translate. We’re not loving the double scroll on the code area

Yes! I like text to speech extension. And Scratch 3.0 is working on iPad. It is good news for ninjas.

We also shared how we’ve updated our Scratch resources on our projects site to Scratch 3.0.

Q3. What skills or experience do you bring to your Dojo?

Champions and mentors highlighted a variety of skills – these included technical skills developed over years of education or working in the STEM sector. Our Annual Survey found that 52% of Dojo Champions worked in this area. However, many agreed that it was the interpersonal skills and passion that were the driving force behind their role in the Dojo!

Enthusiasm, tonnes of it! I like tinkering, trying out new things so I mainly inspire kids to try new things. Or old as is the case with Kodu.

guiding ninja’s to answers when they have questions, challenging them to make mistakes and learn from them, a wonderful team of tech skilled mentors and safe and fun environment!

Really important that you don’t need to be technical and proficient in programming languages to help out. Encouragement, enthusiasm and inspiration are great elements to bring as a volunteer. Syntax checking and logic also helpful!

Moving on to our next question:

Q4. How do you introduce written programming languages to children in your Dojo?

Volunteers highlighted our project resources site for learning resources. For HTML/CSS and JavaScript mentors highlighted using “inspect” and “page source” on websites so they can see how the code is impacting on different parts of a webpage. Other resources that were highlighted included the Make Code platform also allows children to use Scratch-style blocks and toggle between them and JavaScript, Sonic-Pi, Astro-Pi Mission Zero and Trinket.

I like to show them page source to inspire them. As learning html with kids can be dry, although we use various in browser engaging tools. So we play Kahoot. That was a great success!

More than half of Dojos (53%) use our projects site to access learning resources. So next we asked:

Q5. What other resource sites do you use in your Dojo?

The micro:bit website and code.org both got a few mentions in response to this question. Unplugged resources in particular were highlighted, as well as books, or searching Google to find relevant resources during a session.

A5. @Raspberry_Pi including @CodeClub & @rjam_chat . @codeorg (they have some great zero internet options). Things we’ve picked up from the aces folk of @CAS_Manchester . The @scratch getting unstuck challenges were great. @microbit_edu project site #ChatDojo #CoderDojo

Raspberry Pi projects really good now that you can sort by category. Also just use Google to find other resources!!

One Dojo (CoderDojo Banbridge) even noted how they put all the resources they use in one place for other people to find and use.

We use loads of other resources and list them for other people here:https://coderdojo-banbridge.github.io/resources/

See more from our #ChatDojo discussion or why not sign up to our next community webinar on Wednesday 20 March to learn more about the resources available to you and your Dojo with other members of the CoderDojo community.