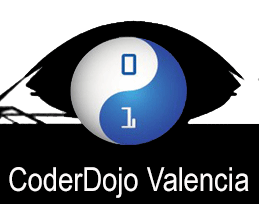 “Ladies and gentlemen in a few minutes we will be landing at Dublin airport”.
And so on Thursday 15th June last began our great adventure that brought 4 young people between 12 and 14 years from the programming club CoderDojo Valencia to the Coderdojo “Coolest Projects” Awards 2017 which took place on Saturday 17th June at the Royal Dublin Society (RDS). At this fantastic global programming event, hundreds of children between 7 to 17 years of age from 17 countries, members of more than one thousand Dojos from around the world, present their projects in a contest with cool prizes.

Coolest Projects 2017 packed a wide variety of activities into one day: the competition with different categories such as Scratch, games, web design…is the most outstanding part of the event with large exhibition areas where each participant has a space to exhibit their project!

Throughout the day there were workshops, talks by technology experts, interviews, demonstrations, applications, games, drones, virtual reality, 3D printing & more. All this for the children and young people to enjoy! Much of the success is due to the collaboration between a great organizationals team, dozens of judges and volunteers, as well as the presence of the mentors, parents and of course the CoderDojo Ninjas.
On the day the judges do not have an easy job deciding on the winning projects as the quality of the projects is getting better.

The awards ceremony for the different categories and age groups, takes places in the middle of the afternoon and all the participants follow it with enthusiasm. The success of they day is thanks to sponsors such as Intel, Microsoft, Mastercard, Bank of Ireland, Twitter, Dublin City Council or Dublin City University, among others, that collaborate economically and dozens of volunteers, judges, mentors, and parents.

What projects did the ninjas from CoderDojo Valencia present?
The “ninjas” of CoderDojo Valencia, with the support of the CoderDojo Foundation, Coolest Projects and the ByLInedu Association, travelled accompanied by parents and mentors.

They participated with the following projects:

MathemaTIC Games by Ramón Llopis (13) and Pablo Fortis (13) in the category “Design of applications”. It consists of the design of an app for mobile devices with S.O. Android that includes simple games to learn to add, subtract, multiply and divide, with different levels of difficulty. The game is designed so that little ones learn math quickly while having fun.

Ramón and Pablo showing the judges how their application works

Operation Game by William Blasco (12) and Luís Gayán (12), in the “SCRATCH” category, involved programming the well-known game Operation in SCRATCH, and as well as this programming phase they built the electronic connections with Makey Makey and modelled and printed the small bones in 3D and then physically assembly of the game. Additionally the image of the human body acts as a framework for augmented reality that allows the players to observe both the skeleton and the muscles of the human body in 3D. 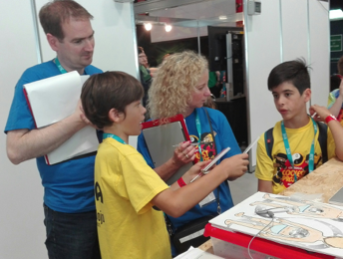 Luís and William explaining their project to the judges

We asked the Ninjas what they thought of their experience at the Coolest Projects Awards:

What did you like or what most surprised you at the Coolest Projects event?

What have you learned and what will you keep in mind in your next project?

What do you think the Coolest Projects judges most value?

What advice would you give to the ninjas who want to participate next year?

The three-day stay in Dublin also offer time for some sightseeing: Trinity College (with graduation ceremony included) and its famous library, the student residence of Dublin City University with one of the best sports campuses in Ireland, the traditional Fish & Chips, a visit to a small coastal town and we even had time to take the Viking Splash Tour in an amphibious vehicle of World War II! 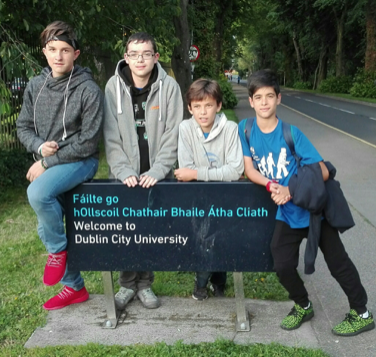