Today on International Girls in ICT Day, there are CoderDojo volunteers around the world enabling girls to celebrate the empowering potential of technology for girls and young women.

On March 1st we are launched our CoderDojo Girls initiative, aiming to increase the global % of girls attending Dojos from 29% to at least 40% over the next three years. Many Dojos had already taken measures to reach more young girls, and since the initiative has been launched even more are being inspired to work towards reaching gender parity across the CoderDojo Movement! 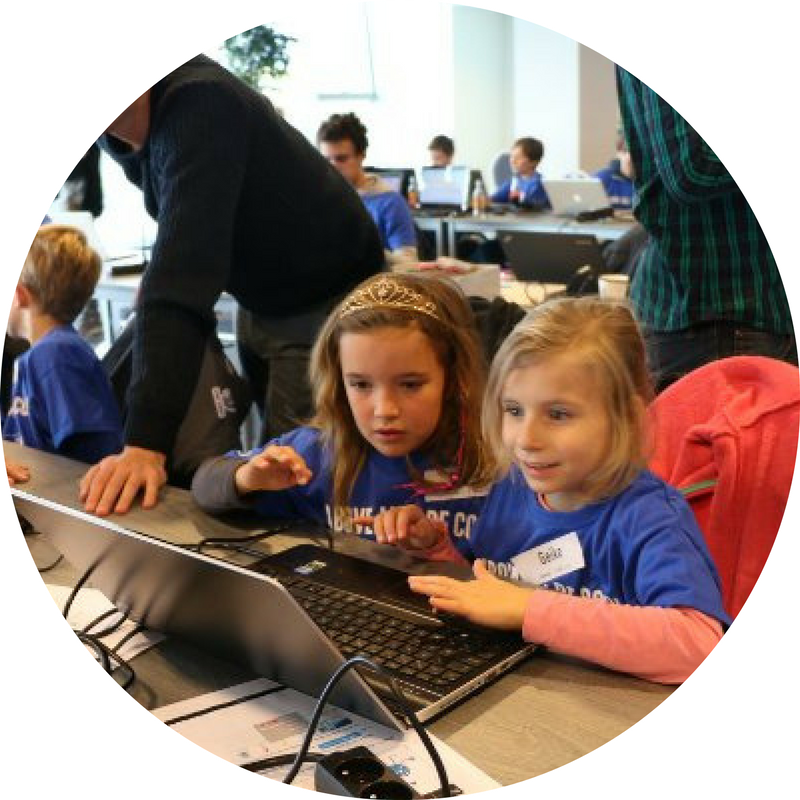 As part of the initiative we have already released:

We’ve also released content tried, tested and approved by girls. We are also exploring more narrative based and goal setting content, making sure to keep diversity at the forefront when creating content.

We’ve also encouraged Dojos to make concerted everts to increase the amount of and retain girls at their Dojos through hosting girl centric events or girl oriented spaces in Dojos. Recent Dojo events to celebrate Girls in ICT include a pop up Dojo in London supported by Thomson Reuters, which our Executive Director, Giustina attended with over 100 girls. We were also delighted to host a wearable Dojo Dublin attended by 30 children to inspire and empower the young girls to be tomorrow’s digital creators and innovators! 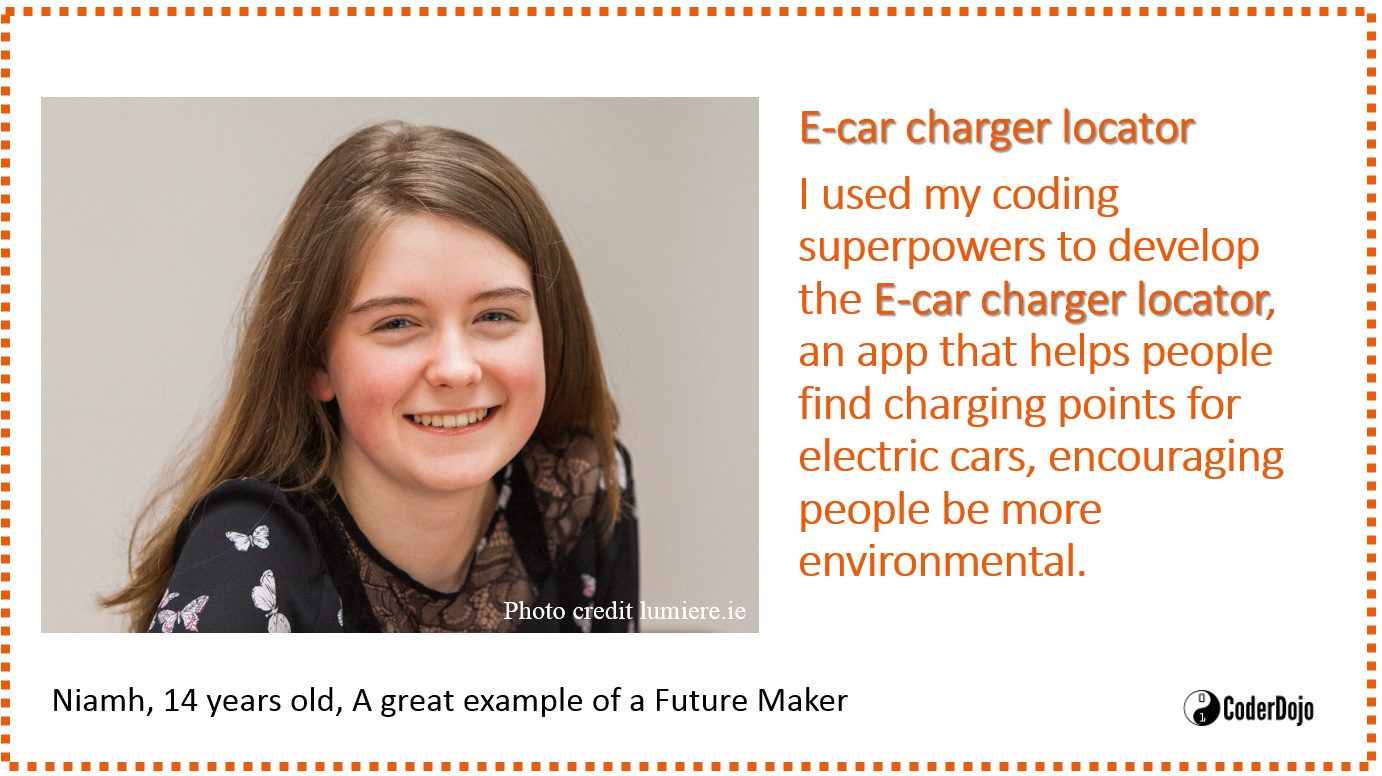 We are also highlighting the amazing work of Champions and mentors (such as Yves, or Martina) who are working to engage young girls. As well as inspiring ninjas to showcase examples of peer role models. Niamh Scanlon, EU Digital Girl of the Year 2015, is one such ninja.

Niamh’s mom, Claire O’Connell, brought her daughter Niamh to her first CoderDojo session over 5 years ago but couldn’t then imagine the impact it would have:

“I was happy to see Niamh learning about technology in a creative environment, and the main thing was that she was having fun, so she wanted to keep going back to learn more. Then, with the support of the CoderDojo community, Niamh was able to encourage more young people to create with code. By doing this they can build their knowledge of and confidence with technology, and it opens up new opportunities for thinking about and changing the world.”

Is there a girl/woman in your Dojo who is working on something particularly interesting you want to nominate as a role model? Get in touch & let us know at [email protected] You can also join our forum discussion!