We received applications from 13 countries! The projects were judged on their technological & coding complexity, their positive social impact and how innovative they are. Síofra is one of the finalists in the 14-17 year old category who you can read more about below! 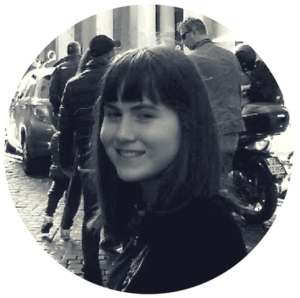 Síofra is 16 years old and from Ireland. She was inspired to create a project after hearing about the prevalence of childhood obesity and the lack of physical exercise primary school pupils do regularly. To combat this she developed her Future Makers project as an activity-based game to motivate children to be more interested in Physical Exercise Classes. To do this she used of a number of Arduino Unos, a Raspberry Pi computer, several NRF24L01 transceivers, a portable battery pack and a red push-button.

Description: The activity-based game challenges children to race against the clock to push different buttons that light up. Once the runner pushes a button they will receive a point. The amount of buttons, time given to press the buttons and amount of buttons pressed can be increased and decreased by editing the code. The Score count can be watched on whatever screen the Raspberry Pi is connected to and students can compete to see who earns the highest score.

You can register your place for this years Coolest Projects Exhibition 2017. The showcase will be held in Dublin, Ireland on June 17th. The Future Makers Award is just one of several Awards youths can enter at the showcase, which will also feature interactive exhibits, games and insightful speakers.