Martina, with her translation of “Hello Ruby”

I am Martina, a 28-year-old woman passionate about working with children and an advocate for volunteer work and community participation. As one of the co-founders of CoderDojo Bulgaria and a member of the organization team of Rails Girls Sofia, I had the amazing opportunity to meet inspiring people and understand how important volunteering is for me, for the community and for the society as a whole.

I still remember how it all began for me – that morning when I woke up and I saw the email from the Rails Girls Sofia organizers, saying I am accepted for the Rails Girls Sofia 2.0 workshop that would be held in March 2014. That day I was so excited and happy that nobody could take the smile off my face. On the 7th and 8th of March I attended the workshop and – believe me when I say this – it was one of the most positive and uplifting experiences I’ve ever had. The organization team and the volunteers had created a vibrant but at the same time safe environment for all the participants so we could feel as comfortable as possible while we were doing something way out of our comfort zone. 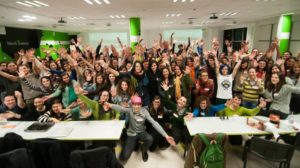 That was the tipping point for me. I was so charged from this event that I knew I wanted to be a part of the group of people who create such experiences while trying to make a difference. So I got in touch with the organizers of Rails Girls Sofia and became a volunteer for the next workshop happening in October 2014. During the Rails Girls Sofia 3.0 event I had the chance to meet with the Digital Champion of Bulgaria, Gergana Passy and we discussed a topic I am really passionate about – working with kids, and more specifically, the need of a coding workshop in Bulgaria similar to Rails Girls but focused on children. In that moment I understood that volunteering gives you more than a warm feeling in your heart – it also opens the door for new opportunities and provides you with a different perspective and a deeper understanding of a given field. 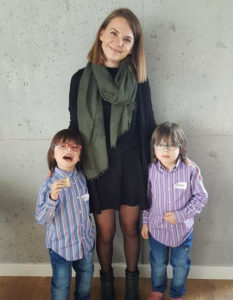 The discussion from that meeting lingered in my mind for almost a year until one day I and another member of the Rails Girls Sofia organization team – Adriana Panayotova, decided that it’s about time to start the process of organizing a coding workshop for children in Bulgaria. We wanted to create an event that shares the same values as Rails Girls Sofia and to provide every child with an opportunity to participate and explore the world of coding. After some research, we found out about CoderDojo and we loved everything that it stands for! We gathered together with more likeminded people and founded CoderDojo Bulgaria. After a couple more weeks we had our first workshop in Sofia and a year later we had four Dojos in Sofia and one Dojo in Varna. But most important of all is that during this year over a thousand children made their first steps in programming.

We faced some challenges as well – fighting stereotypes like the one that coding is a boring and a mundane activity, lacking creativeness or only for nerds and also finding sponsors and enough mentors so we could accomplish what we had in mind for the workshops. It was and still is quite hard but the cause is totally worth it! Now we have a great group of inspiring people that are the core of CoderDojo Bulgaria and thanks to that the initiative is spreading with an unstoppable pace! The best part is that CoderDojo Bulgaria is entirely based on volunteering and serves as an inspiration for the whole community. 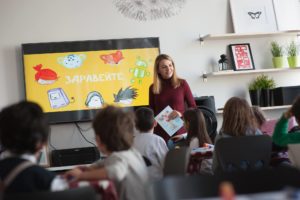 CoderDojo is one of my biggest inspirations, as well! It gives me the opportunity to work with children and gain experience in a field I am really passionate about. It is also one of the reasons I decided to undertake a project really close to my heart, translating “Hello Ruby” in Bulgarian – a book by Linda Liukas which is one of the co-founders of Rails Girls. This idea was provoked by an observation I had during the workshops. I noticed that a lot of children under the age of 7 who wanted to participate in the Dojos but were too young for the materials we had prepared. Some of them were siblings of the kids attending the workshops and they really wanted to take part in the activities. So one day after I finished reading “Hello Ruby” I decided that it will be wonderful if all those children had the chance to get infused with curiosity about computers, programming and technology despite their young age. This is now possible and that is the best feeling ever – “Hello Ruby” is available in Bulgarian and the first workshop for the youngest ones was held in December 2016.

Coding is a global skill and powerful tool for self-expression and being a volunteer in initiatives such as CoderDojo and Rails Girls give opportunity to more people around the world to become a part of a community and a culture that are filled with desire for sharing, warmth and responsiveness – characteristics towards which every community should strive. I believe everyone, whether young or old, man or woman, should get to know this culture and gain a tool that enables them to discover and create, pursue goals and dreams and make a difference!