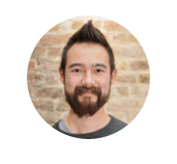 “2016 marks my 3rd year here at the Foundation and each year has been an exciting and rewarding experience! At the start of the year I changed role from communications to community lead for EMEA joining Ross to create the global community team! The highlight for me this year was meeting so many of the CoderDojo community, both young and old, in person at different community events from the Coding Camp in Istanbul to the megaDojo in the Netherlands! The dedication and generosity of the CoderDojo community never ceases to inspire and motivate me.” 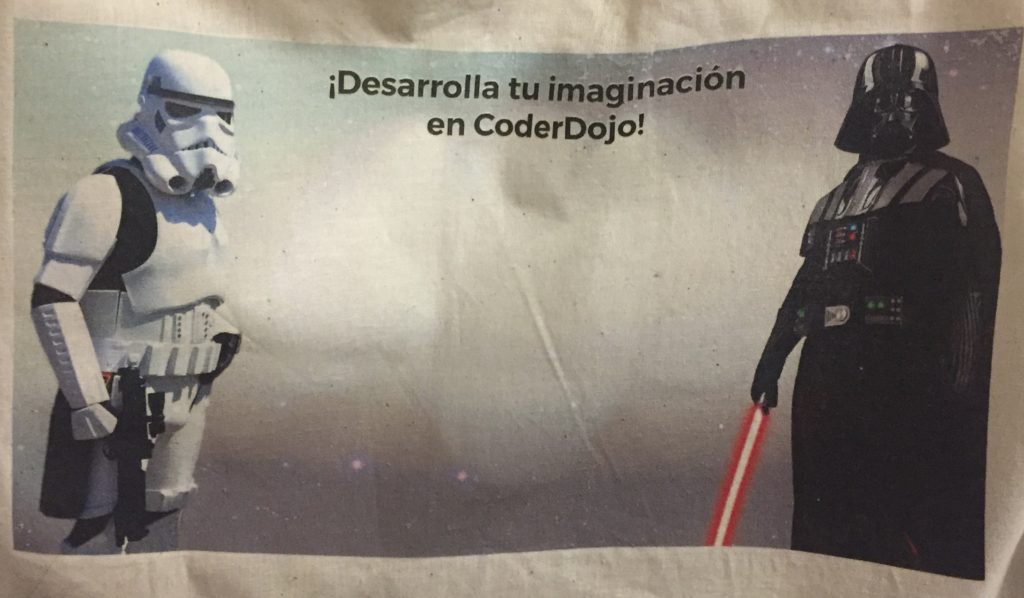 Unleash your imagination at CoderDojo!

It has been a most excellent year for the CoderDojo community,  we have seen the community grow to 1,200 Dojos in 70 countries! Approx 750 of which are in Europe alone! As the community grow within a region, we have seen them group together to create a Group / Body charged with supporting and scaling CoderDojo in the area. I’ve been working with CoderDojo Turkey, CoderDojo Netherlands, CoderDojo Belgium and CoderDojo Spain to register them as official CoderDojo Regional Bodies! My partner in community, Ross, has done the same for Asia, Australia and the US. If you are interested in regionalisation you can learn more here → 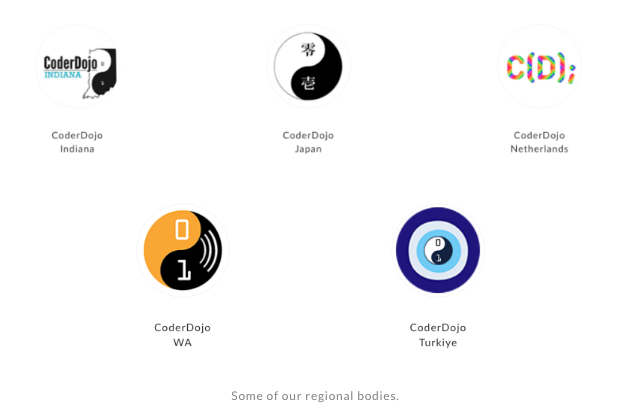 To support this growth we have been engaging new organisations that want to get involved and join CoderDojo in giving young people the opportunity to learn to code in a sale, fun and social environment.

Most recently game developer, Riot Games, has come on as one of our new CoderDojo community supporters. With Riot Games we began the conversation in 2015 and continued to develop a relationship by first hosting a mother and daughter Dojo at their offices in March. Building on this experience we worked together to host a 24 hr community helpathon, where we teamed up with 30 “Rioters” (their staff) and worked to push the needle on some of the foundation projects for 2016 such as: redeveloping the CoderDojo website, creating new Sushi learning content and re-writing community guides, a information security audit of Zen and more! You can read all about it here.

Since the hackathon Riot Games chosen The CoderDojo Foundation as one of four charitable organisations to be involved in their new CSR initiative, the ‘Impact Challenge’. This initiative aims to provide funding and support for four non-profit organizations working on different areas of social impact, including, coding education, mental wellbeing and support for issues around online abuse! Riot Games are just one of CoderDojos growth partners that continue to support the community in their area. You can see the full list here.

As I mentioned previously meeting the community face to face is the highlight of my role at CoderDojo and I was lucky to do this throughout 2016 at different events.

In June 2016 saw 800 projects from CoderDojo ninjas showcased on the day with 15,000 attendees, 30+ speakers and 200 volunteers! I have been apart of the Coolest Projects team for the last 3 years and each year I am blown away and inspired by the level of talent, creativity and innovation exhibited by CoderDojo ninjas at this event. This event showcases the undeniably positive impact that CoderDojo is having on the next generation of young creators. Each year community members travel from across Europe to take part, last year we saw ninjas come from Poland, Romania, Italy, Spain, Belgium, the Netherlands and more!

For the 2017 event I will be curating the new “Games hall” to bring in developers, animators and industry experts to inspire young people to create games and not just play them!

If you have never been to the Coolest Projects, GO! YOU WILL BE INSPIRED! Learn more.

Each year with the support of Sean Kelly MEP we have hosted an annual EUDojo event in the European Parliament building in Brussels to celebrate EUCodeWeek. This year there were 40 Coderdojo youth attendees from France, Bulgaria, Italy, Romania, Spain and Ireland that showed MEP visitors a thing or two about coding and technology! With the recent development of the Coderdojo MEP ambassadors program we have seen CoderDojo spread into new countries such as Slovakia and Lithuania. CoderDojo was also winners of the European Citizens award. Read all about some of the community EUCodeWeek celebrations here. 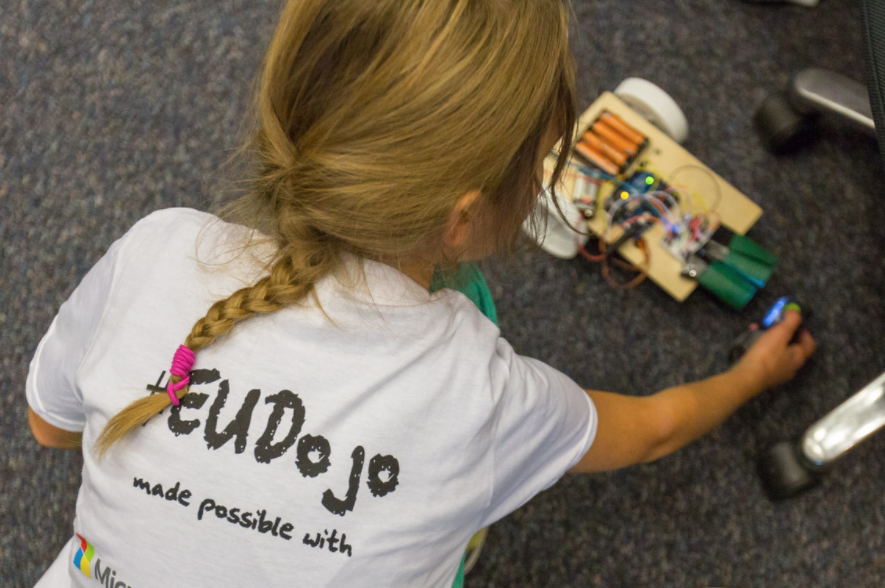 Every year we try to engage organisations to provide fun competitions and hardware support for the community. Due to the size of the community we manage the allocation on a application basis and manage the shipping in house. As a result I have become a hoarder of cardboard, tape and a LvL 10 shipping master! In 2016 we have shipped out over 1000 Raspberry Pis, 20 robots and 200 KANO kits to Dojos all around the world! All this is was possible with the support of VMware, makeBot, wonder workshop and KANO. You can read all about How CoderDojo Douala, Cameroon used the KANO kits they received here.

There is SO MUCH AWESOME happening in the global CoderDojo community and these are just some events and projects that I have been lucky enough to be involved in. If you have a CoderDojo story to share or community project you’re working on, tell us more on: [email protected] 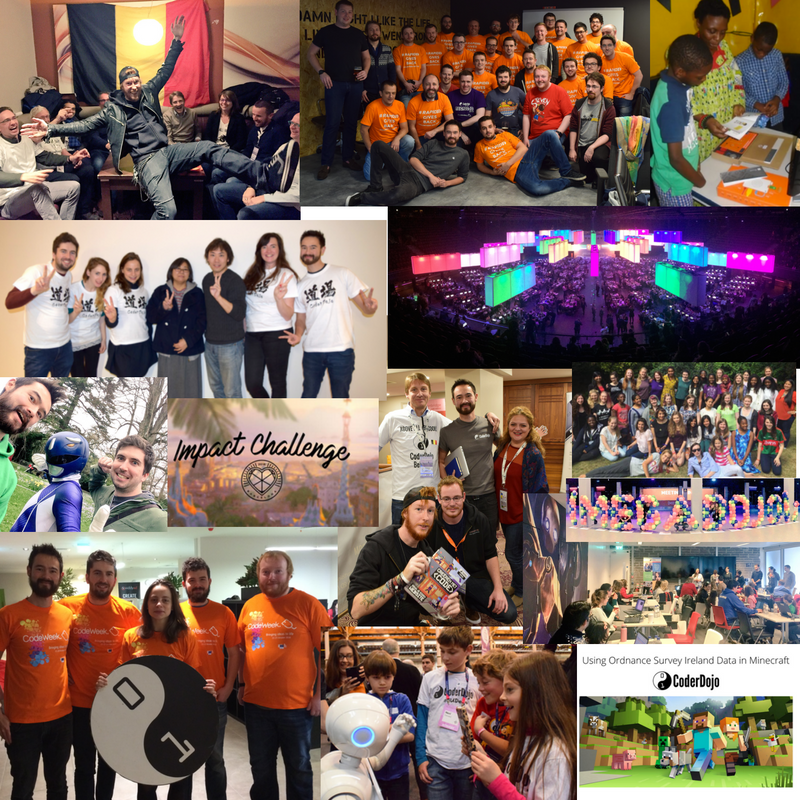 I look forward to meeting and connecting with more of you in 2017!
Happy Holidays!