You can now buy CoderDojo’s first of three Nano books, CoderDojo: Create with Code in stores in Australia, Ireland, the Netherlands, New Zealand, Slovakia, Spain & the UK or online!

CoderDojo growth since 2011 is illustrated by over 1,150 Dojos located in 66 countries around the world, including Bolivia, Madagascar and Japan. CoderDojo clubs (Dojos) give the opportunity to learn how to develop apps, programs, games and explore technology in an informal and free creative environment.

For children who can’t get to a Dojo, CoderDojo has developed a book so they too can learn to ‘Create with Code’!

The initial handbook in the trilogy explains the basics of HTML, CSS and JavaScript and how these are utilised in web design. The book contains step-by-step instructions, with challenges and open-ended prompts at the end of each section so that readers utilise their initiative while building their very own website! Initial pricing for the handbook is £9.99 (around €12) though discounted versions are available.

The first book is written by CoderDojo mentor, Clyde Hatter, with an introduction by CoderDojo co-founder Bill Liao. The book is aimed at children aged 7 and above. A further two books will follow, each 6 months apart.

“Egmont’s massive success in publishing the Minecraft book series coupled with their overall expertise in children’s book made them a natural fit for CoderDojo to create a book series to get more kids coding together.”

What have people thought of the book so far? 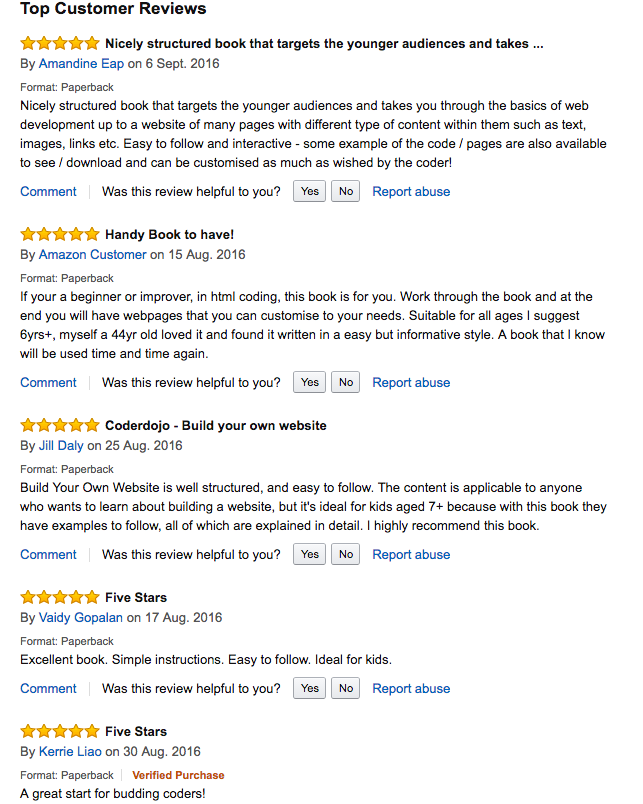 @LexiSchoene getting in deep to this @CoderDojo nano book, so informative even I can help her ? Alleluia pic.twitter.com/hQzeQLca9O

The first nano book is available in English, Spanish and Dutch, with the potential for publishers to translate the book into additional languages thereafter. The book will be launching in the US in late 2016/early 2017.