The CoderDojo team arrived at the Riot Games Dublin HQ at 11am on the 26th of May, where we had breakfast and met our new 24hr teammates! Each team consisted of 1 CoderDojo Foundation Lead and 4 – 6 Rioters. 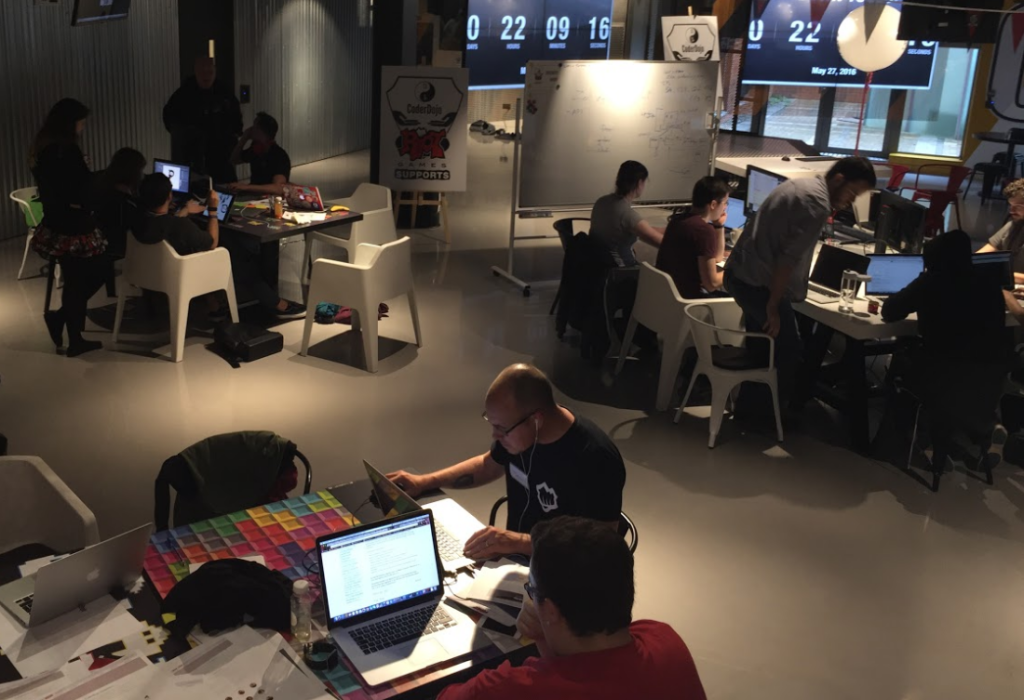 12:00hrs: Paul Breslin, Head of the Riot EU office in Dublin, kicked off the 24 help-athon at 12 noon with words of wisdom, admiration and inspiration. GLHF! Straight away the teams rushed to the white boards and brainstormed their ideas and broke down their aims and goals for the project and what was to be achieved during the 24hrs. 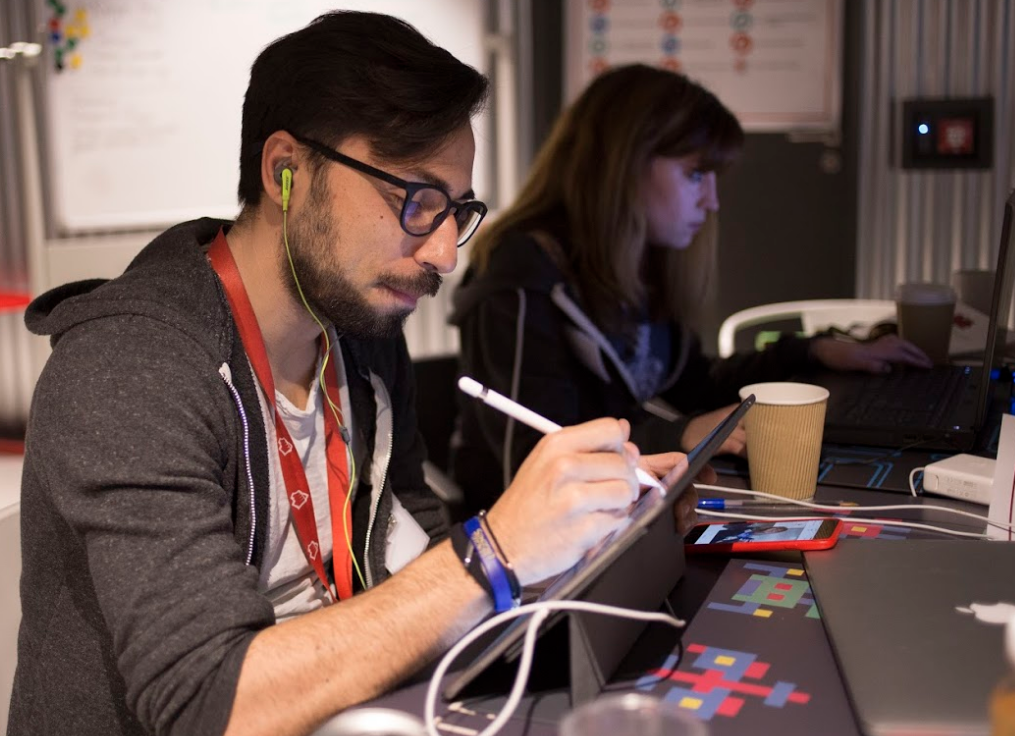 14:00hrs: Each of the teams have got past the nice to meet you phase and have discussed and decided on the paths they choose to take on for the next 22hrs. Some are making head way on the first tasks already, the mascot team have already created a robot, meet Zero! 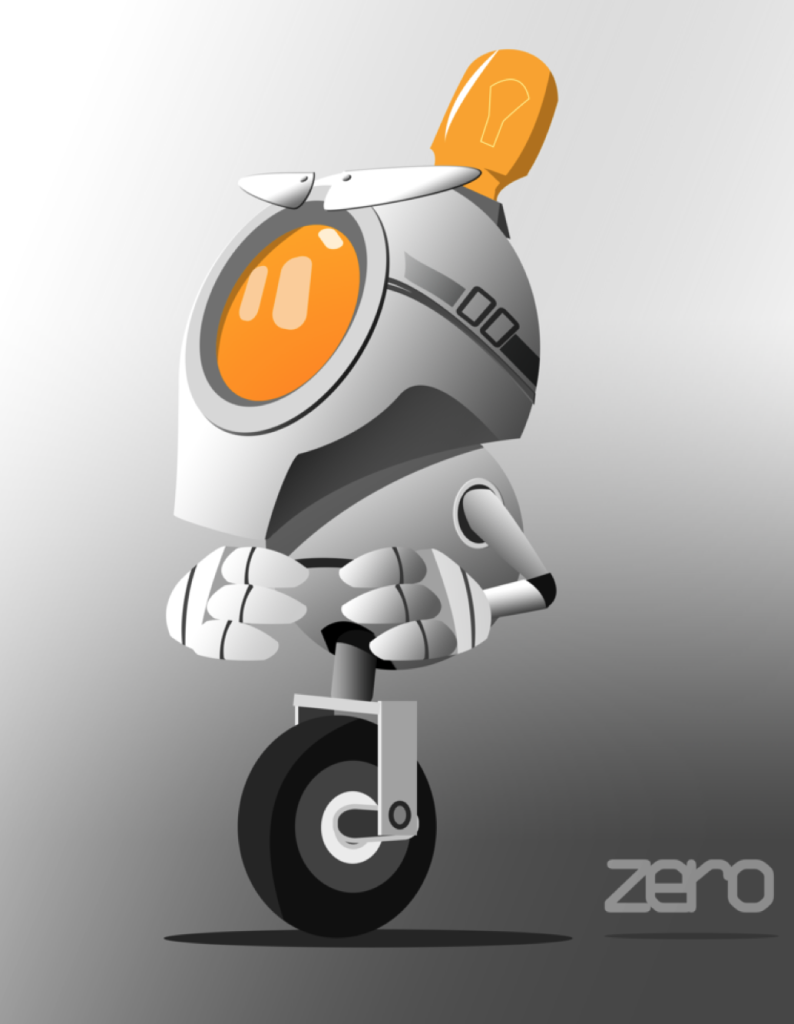 17:00hrs: We haven’t even noticed the time! Each team is working well together, ideas are bouncing back and forth between the teams and the atmosphere is one of pure energy and creativity. The website team have broken the CoderDojo website into several main components and are building them individually, they have just completed the footer! 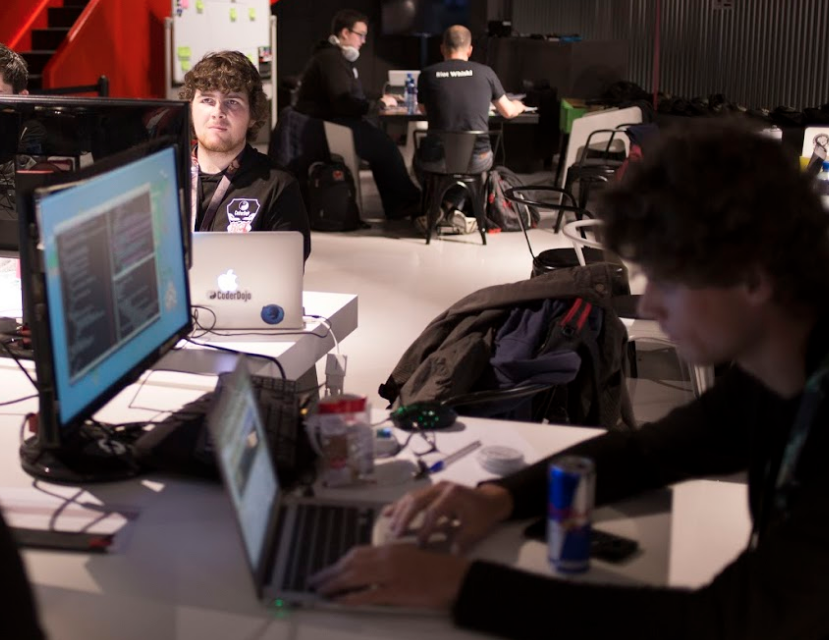 20:00hrs: The ping pong table is helping Emma and Koen from the security team regroup and clear their heads. The content re-write team drive forward with re imagining some of the existing CoderDojo Community Guides. Matt (beard) is writing the “Start Dojo guide”, Philip is creating the Official CoderDojo Mentor Guide and Jason AKA Riot Whiski is word smithing the CoderDojo ECHO guide! 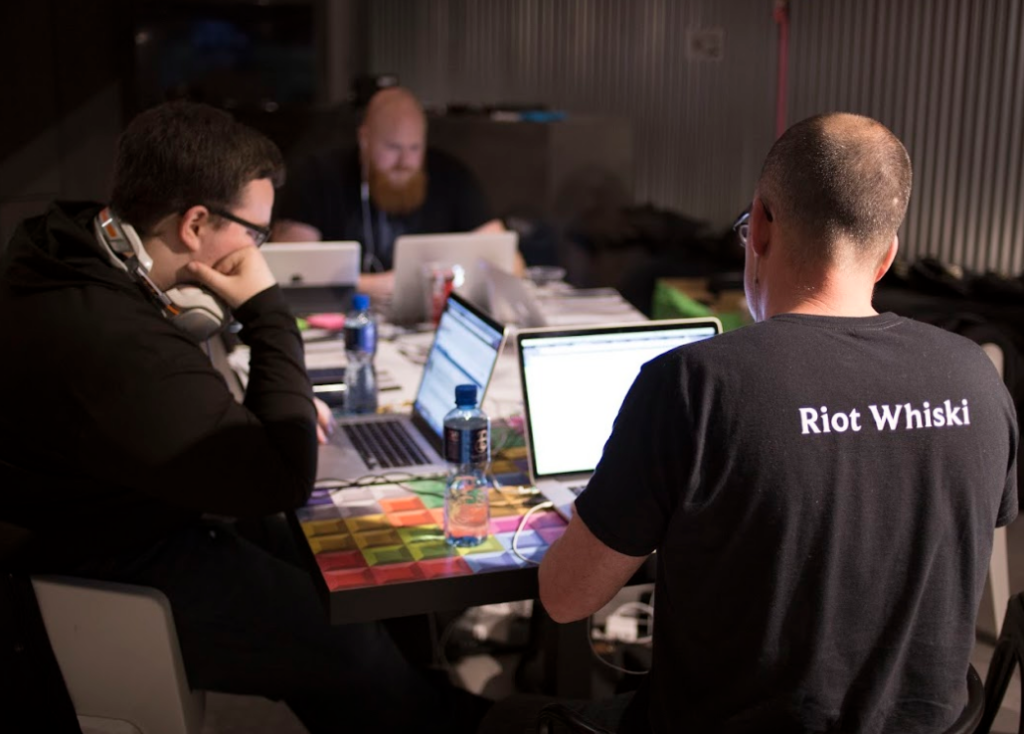 00:00hrs: It is 12 midnight, spirits are high, the EDM tunes are pumping and the teams have really made some headway on their goals all thanks to Ally and Charlotte who have been keeping us all awake and motivated! Coffee! 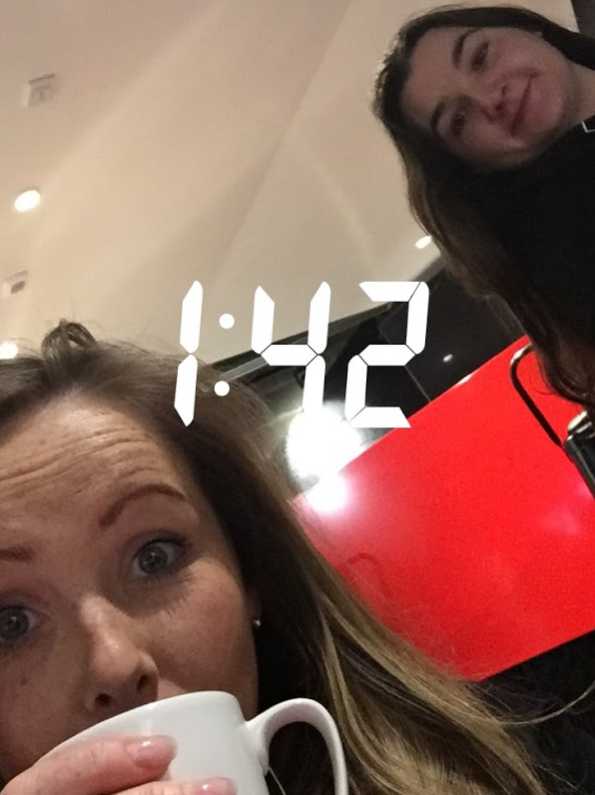 05:00hrs: OK, now there are some heavy eyelids around the room, popcorn everywhere and the trash is full of empty energy drinks. There are 1 or 2 empty chairs in the room, the occupants are testing the bean bags the nap room. There are true champions from each of the teams holding down the fort and taking first watch while their comrades take 5! 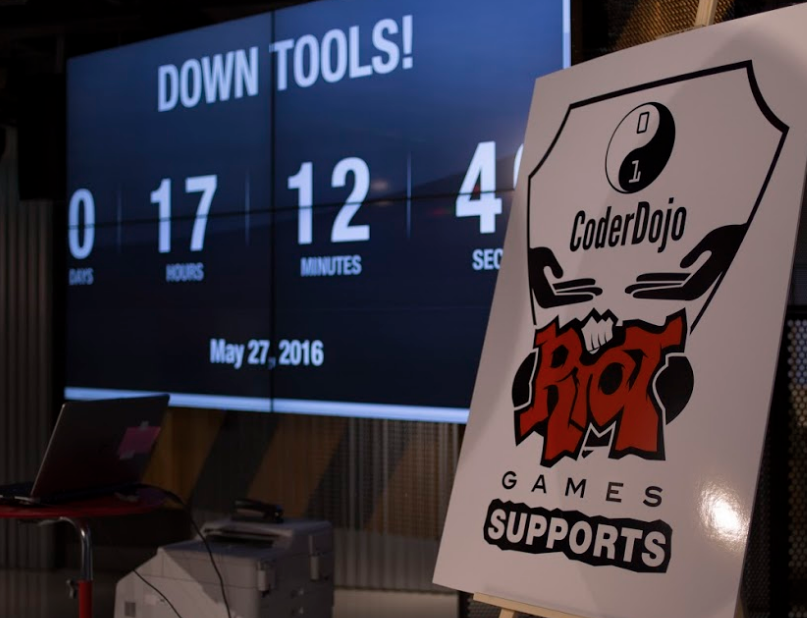 06:00hrs: Some of the teams have taken a break to gather their heads and regroup on the rift via Riot’s in house PC bang! Pete & Guillaume intro the CoderDojo team to League of Legends…. We have a CoderDojo and Riot 5v5! Teams were mixed as there was a diamond player or two 😉 One team got REKT that’s all we’re gonna say, GGWP! 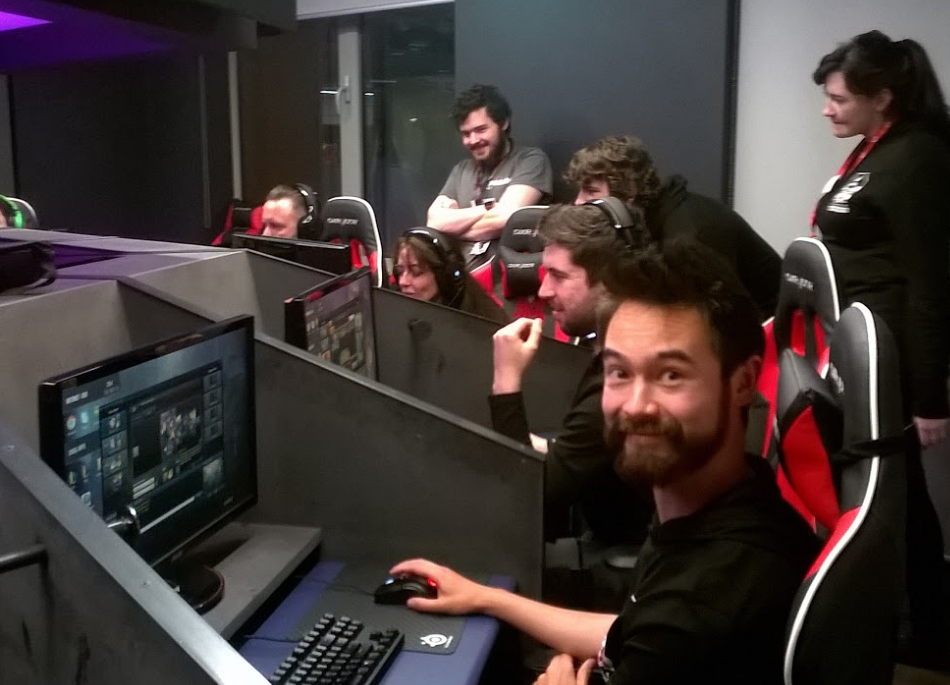 08:00hrs: Naps are done and each team has chosen a final goal to sprint and get done during the last 4hrs. Some are doing this with their eyes closed, but all are powering through! Lets keep the hype going! 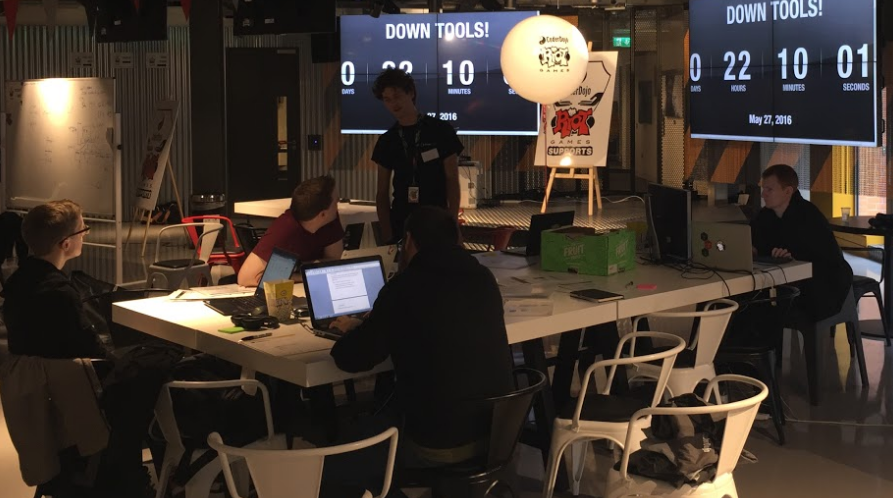 12:00hrs: We made it to the end! The teams gather for a countdown, party poppers, cheers and a few words of thanks from CoderDojo and Riot Games. That was hands down the most productive 24hrs I ever had. Both Riot and CoderDojo members worked tirelessly through. There were goals set, friends made and games played! 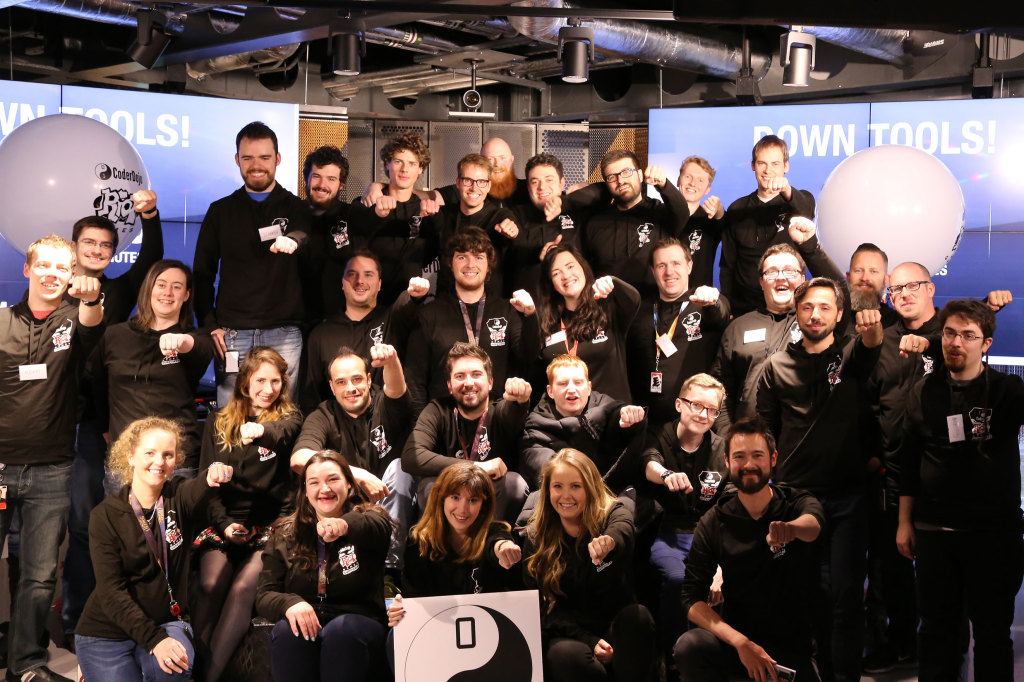 Working with the Dublin Rioters for the 24hrs was a true inspiration. I’ve never seen such dedication and drive to create and deliver results. We’ve pretty much beaten all the goals that we have set and pushed forward all our projects! Thank you to all the Rioters from Riot Dublin that took part on the day, GGWP!!

Philip: We had a team of two Rioters (Matt and Angelos) and three CoderDojo team members (Pete, Manus and myself). We decided to produce content targeted at Beginner level CoderDojo attendees, as we would impact the largest number of children as a result.  We thereby created, reviewed and did initial edits on five new sets of Sushi Cards! Two sets of these cards, have already been released to a positive reception from the community the others are currently in the review process! Thank you Matt, Angelos and Riot Games!

In 24hrs our team created:

See the game design cards that are now live here.

Adam: The website overhaul team was amazing. Happy to work with the guys. We got a lot covered. We completed a lot of essential website components which can be used across the website by plugging them in. After this, we completed pages. All of the pages which were in the navigation bar were completed. This was amazing as we thought we would be lucky to get two pages done! Finally, SEO was added and documentation. The SEO is important for search engines, while the documentation is important for future people who want to contribute.

Since the help-athon both Adam and Ross from the CoderDojo Foundation have worked really hard and we will be releasing the site soon, you can see what it looks like below: 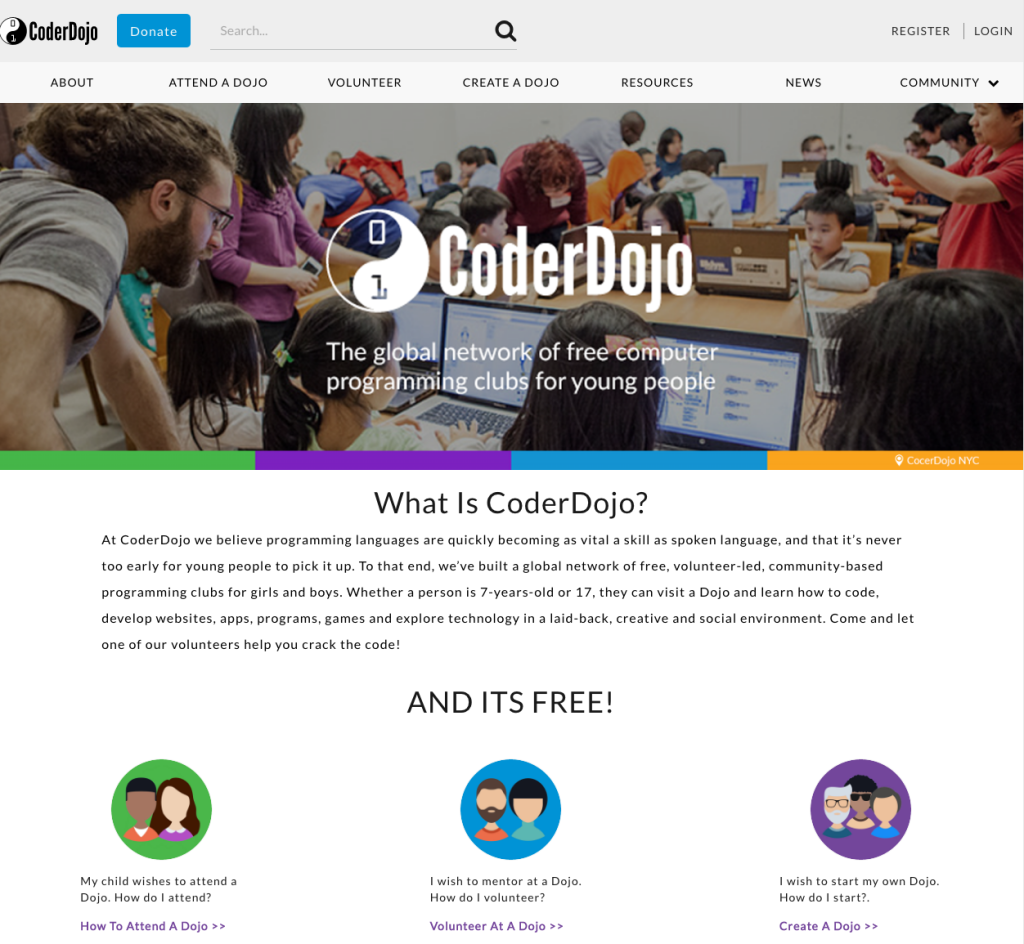 Rosa: Matt, Philip and Jason of the Riot content re-write team were a pleasure to work and to create content with. They exceeded all of their targets, and then some! All three are extremely talented writers and grasped the idea and writing style of CoderDojo really quickly. Thanks guys!

In 24hrs our team accomplished: 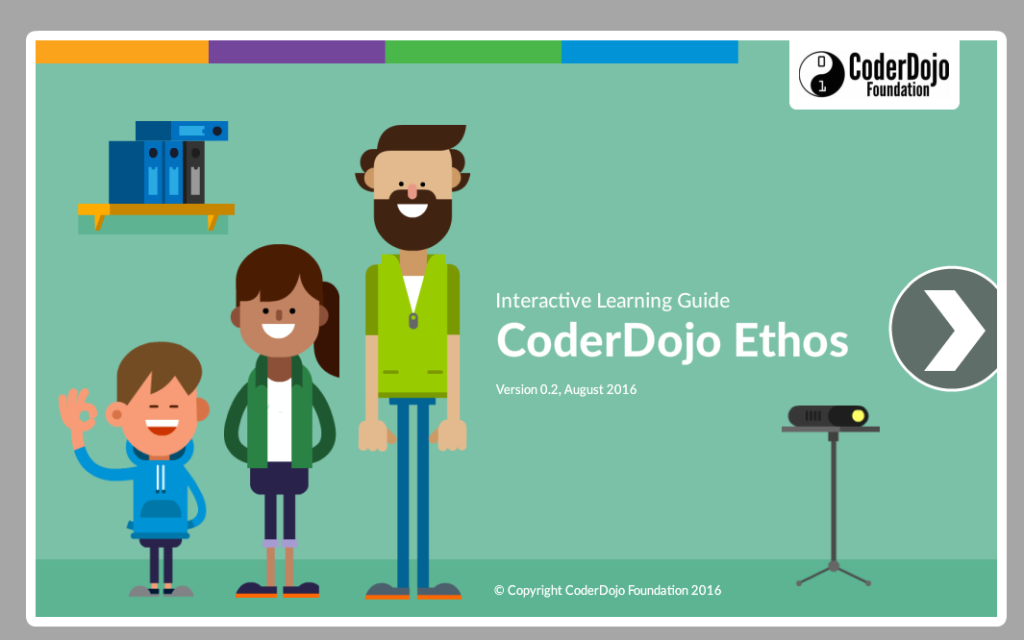 All the content created from the Riot help-athon will help to attract new volunteers, and open new Dojos as well as help attract kids to CoderDojo and help them find their nearest Dojo. The rewrite of our guides will ensure that volunteers are clear on their role in the Dojo, the ethos of CoderDojo and how to get a Dojo started if they are at the beginning of their journey. Thank you Riot!

Nuala: The Mascot team were amazing to work with. They fully threw themselves at the extensive list of creative tasks we were hoping to complete over the 24 hours. They were very focused and all have amazing design skills. Despite having meetings & work commitments the next day both Manuela and Nicoló stayed as late as they could to get the most artwork completed as they could for the CoderDojo community. Special thanks to Ruben for volunteering for the full 24 hours. They greatly exceeded even the Gold targets we had set out, as you can see below:

What these amazing people achieved:

The ninja and robot mascots will help us appeal to a broader range of youth, and make our content more appealing, fun and engaging. Our new logos will help our open-source community of software engineers better differentiate between the different platforms/resource areas we use. Our e-learning platform will have a fabulous homepage so that people will be encouraged to learn more about the ethos of the movement and mentor skills. Our sushi content & reports will also have better graphics and therefore be more appealing to both young people and companies reading our reports so that they will be encouraged to further support our global network of Dojos.

Guillaume: The security team was really suited for the job! Incredible different skills allowing us to cover our whole stack with multiple levels of depth in the 24hrs! This way we have done a full audit with some issues fixed on-the-go, we also reviewed the CoderDojo Blog as well as our hosting permissions. Kudos to the team! 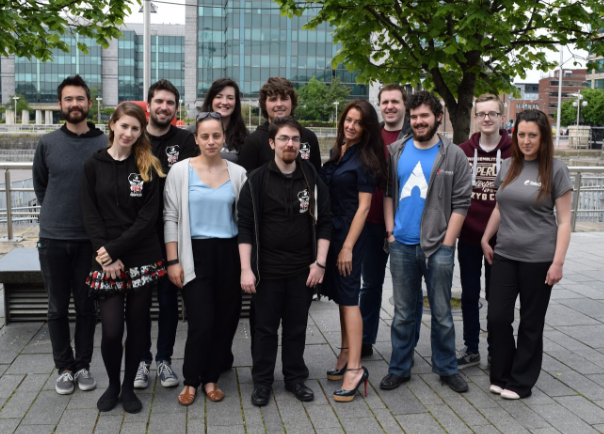 Thank you for your support Riot Games!