There are so many programming languages, each with their own particular focus, benefits and drawbacks. As a Ninja or CoderDojo community member it can be difficult to choose which one to start with or which one would suit the projects you want to work on best.

We asked our team of developers and our content lead what languages they recommend, as both useful and easy to learn. While there was some debate, here are the top 5 languages they chose! Languages are in order of how they felt beginners could learn them, with Scratch being easiest and Java being more advanced. 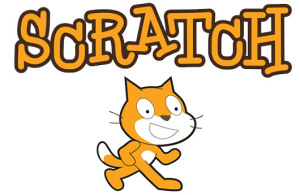 Scratch is completely free and can be used online. It can also be downloaded and used in an offline setting. It is usually the first program young people start with when they enter a Dojo. It helps you learn to think creatively, reason systematically, and work collaboratively. With Scratch, youths can program their own interactive stories, games, and animations, which they can share with others who are in the Scratch online community. It allows young people to learn the basic concepts of coding without being overwhelmed by learning syntax. Scratch is available in more than 40 languages.

You can find resources created and selected by the CoderDojo community  for Scratch here.

Python is one of the most widely-used high-level programming languages. This is mostly because it is simple, readable and you can use fewer lines of code to express a concept than you would have to with other languages. It allows you to produce a lot of code in short periods of time.

It is open source, free and there are a lot of tools and documentation available for learning Python. There are some great official tutorials which are easy to follow and there is less of an emphasis on syntax which would suit beginners. It is a good stepping stone for moving on and learning other object-oriented languages.

Python is used by companies such as Google, Yahoo! and NASA. Django, which is a web application framework written in Python, powers very popular sites such as Instagram, Pinterest and The New York Times.

You can find resources created and selected by the CoderDojo community for Python here. 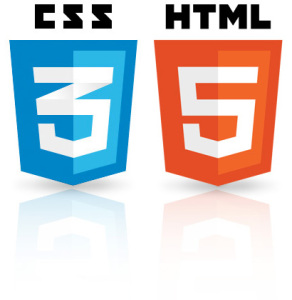 Almost every web page is written in HTML. Hyper Text Markup Language is the skeleton that gives every web page structure. With it you can create your own website.
CSS (Cascading Style Sheets) describes how HTML elements are to be displayed on screen, paper, or in other media. It can control the layout of multiple web pages at once and the layout on different devices, such as phones or printers. Though these two are the core of building Web pages and Web Applications, CSS is independent of HTML and can be used with any XML-based markup language.

You can find resources created and selected by the CoderDojo community for HTML with CSS here.

Our CoderDojo nano book, Create with Code: Build your own website, goes through step-by-step instructions and gives great tips to help you learn to use HTML and CSS (as well as JavaScript) effectively to create an interactive website.

JavaScript (JS) is another language which is in high demand at the moment, but it is not to be confused with Java! Over time the differences between the two in terms of their capabilities has been reduced, so the main difference is in the language itself. It is relatively easy to learn, but perhaps not as easy as Python. It runs on pretty much every platform and as it is already in your browser, you do not need to install it to start learning. If you want to build anything for the web then JavaScript should be on your list of languages to learn.

You can start using JavaScript straight away to start building websites and games for the web. It is one of the fundamental technologies which the web we know of today is built on. It is dynamic and is flexible and can be used for object-oriented programming. It derives much of its syntax from the C Language.

It can be used across multiple web browsers and is probably the best way to develop interactive or animated web functions. JavaScript has some of the best online learning material and it lets you start learning straight away.

You can find resources created and selected by the CoderDojo community for JavaScript here.

Java is one of the most popular programming languages in the world. Java 1.0 was released in 1995 on the principle of ‘Write Once Run Anywhere’.  It is a class-based, object-oriented language which is designed to be portable which means that you can find it on most platforms, operating systems and devices. It’s free to download from java.com.

Java is often used for dynamic web applications, as well as mobile app and game development. It adds to the capabilities of the C++ language so if you already have a knowledge of C++ it will help with learning Java, but is not necessary. Some people can find Java slightly hard to grasp to begin with but it helps in learning some fundamental programming best practices. Visual educational tools such as Alice, Greenfoot and BlueJ tools teach young people how to program using the Java programming language, and Java-based languages developed for ease of use.

Java has been used for so long that there is lots of information about it on the web. This is ideal for beginners because this means that almost certainly any question you have has already been asked and answered by someone else in the Java community. It has an incredible toolset and great editors which let you know straight away if you have any errors. Java programming is a highly sought after skill and knowledge of it opens a lot of doors in terms of employment. 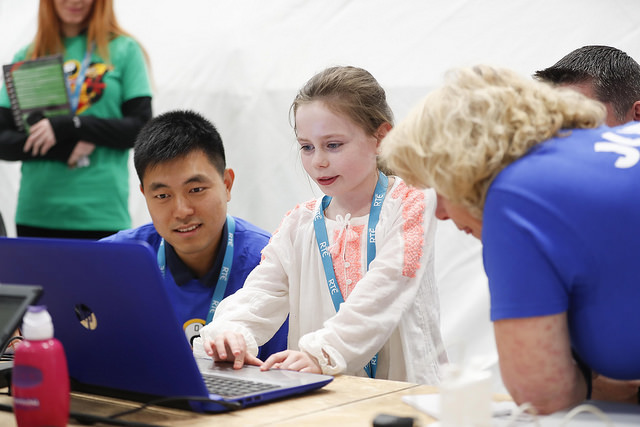 Other languages that didn’t make the list but which our team members highlighted include Node Red, SQL and C (for Arduino). Node Red uses blocks similar to Scratch which you can add in your own JavaScript commands as you learn them. Due to this it works as a useful stepping stone between the Scratch/Blocks and JavaScript.

SQL, which stands for Structured Query Language, is a common language used to interact with these databases. Every application that deals with dynamic data needs a database. It has more employed programmers using it than any other language. Some common relational database management systems that use SQL are: Oracle, Sybase and PostgreSQL. SQL statements can be used to update data on a database, or retrieve data from a database. You can find resources created and selected by the CoderDojo community for SQL here and additional resources here.

In relation to programming hardware,  Python, C, C++, Java, Scratch, and Ruby all come installed by default on the Raspberry Pi. For Arduino, while the main language is C, you needn’t be confined to it. It is possible to use Python to communicate with the device via serial input. If you’re using a PC or a Mac you can download pySerial to bridge the gap.

There are an increasing number of businesses relying on computer code, even outside of the tech sector. Today, 90% of professional jobs expect some degree of computer literacy, with a knowledge of coding becoming a huge advantage. Collaborative and problem-solving skills are other benefits of learning coding that go beyond the tech sector. To be able to create and not just consume the technology that powers our everyday lives is empowering and incredibly beneficial for providing inclusive services, which is why we should all be inspired to learn to code!

This post is part of ‘Back to Dojo’, 7 weeks of highlighting Dojo tips and resources. You can find all our content for ‘Back to Dojo’ here.