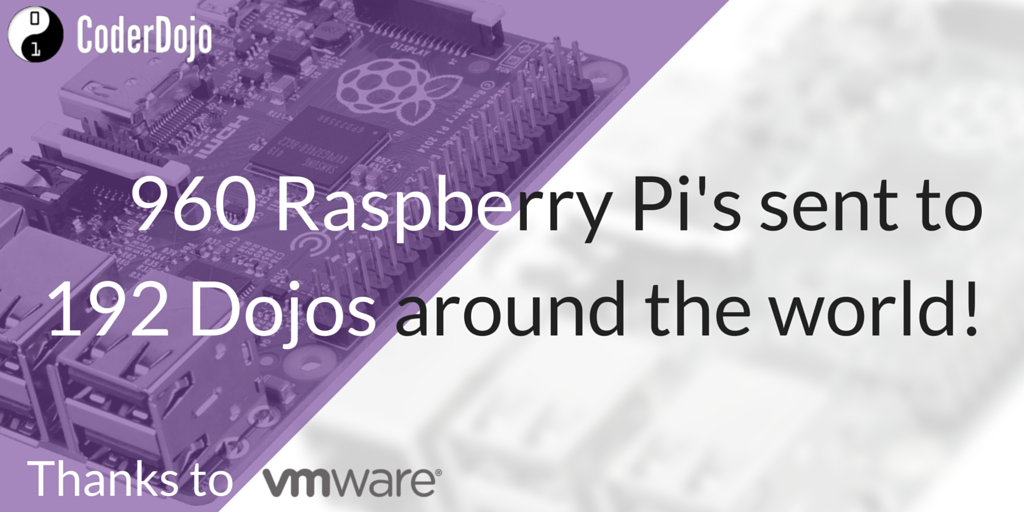 The VMware Foundation donated a total of 960 Raspberry Pis to CoderDojo in October 2015. Since then we have had two rounds of applications to distribute to Dojos around the world which was completed in the last week.

The Raspberry Pi is a credit-card sized computer that plugs into a computer monitor or TV, and uses a standard keyboard and mouse. It is a capable little device that enables people of all ages to explore how computers work and to learn how to program in languages like Scratch and Python. It’s capable of doing everything you’d expect a desktop computer to do, what’s more, the Raspberry Pi  has the ability to interact with the outside world. It has been used in a wide array of digital maker projects, from music machines and parent detectors to weather stations and tweeting birdhouses with infra-red cameras.

You can find Dojo resources for Raspberry Pi projects here.
“The very generous donation by VMware of over 900 Pis to kids in the CoderDojo community was very gratefully received. The Pis have been distributed to kids aged between 7 and 17 around the world, enabling them to explore, create, and build with a fun new device. Raspberry Pis are cool and easy to use; the kids have adopted them really easily, and have incorporated them into projects they’re working on. Introducing kids to all possible forms of technology taps into their natural curiosity and creativity, and we have experienced just that with the sharing of the Pis funded by VMware!”

A large array of Raspberry Pi projects we presented at CoderDojo Coolest Projects this year. Undoubtedly these projects utilised some of those which were donated to Dojo’s globally. A selection of these Pi creations were featured in The Mag Pi, the official magazine of Raspberry Pi, which you can see a snippet from here: 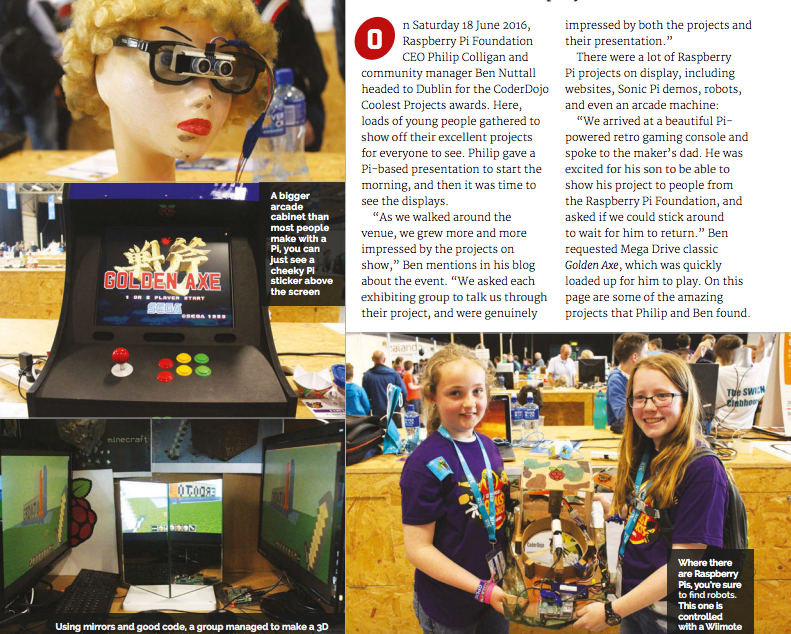 Below are some images and posts from Dojos which will benefit from these Raspberry Pis: 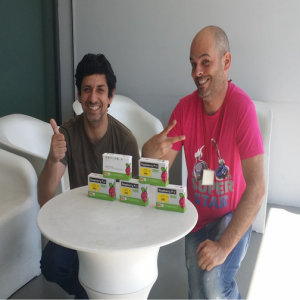 Homero of CoderDojo Abrantes @ Tagusvalley in Portugal, with their Dojo’s new Pi’s.

@CoderDojo @VMware they also made their way all the way down under to Melbourne, Australia pic.twitter.com/dOXJdGhUaM