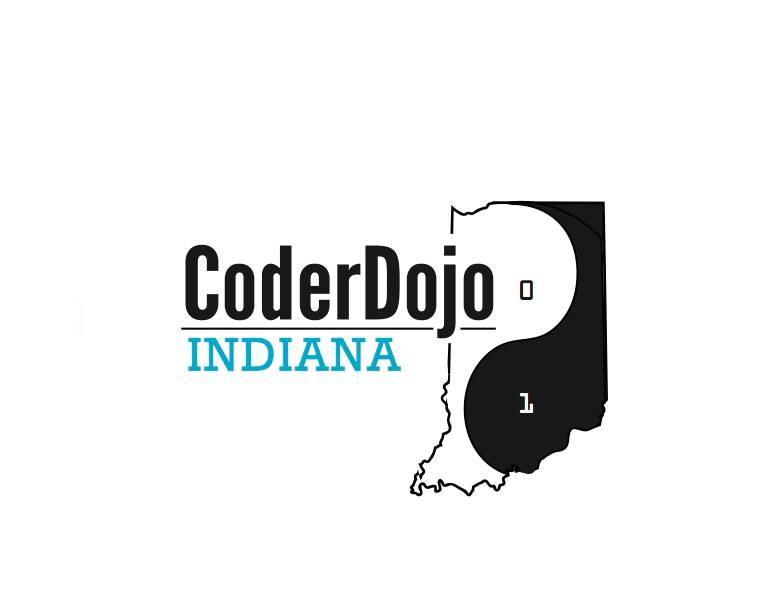 What is CoderDojo Indiana?
CoderDojo Indiana (CDI) is a regional partnership formed by the TechPoint Foundation for Youth, the CoderDojo Foundation, and local CoderDojos to support the scalability of CoderDojo coding clubs throughout the state. Initial funding for this program was provided through a partnership with Eleven Fifty Academy. CDI focuses both on helping to grow new CoderDojo sites as well as strengthening existing Dojos.

To create at least 20 dojos while also stimulating the growth for more to organically be created and sustaining Dojos that already exist.

CoderDojo Indiana is a collaboration between the TechPoint Foundation for Youth, CoderDojo Foundation, and existing dojos in the state of Indiana. A provisional advisory board composed of existing Champions has been formed to guide the growth of the program. Additionally, a task force composed of foundation staff, board members, and a former CoderDojo Champion are serving for the first year to advise staff directly on day to day operations of the program. Over the course of the next year, the foundation will pursue additional funding to create a grant fund to support all Indiana dojos. CoderDojo Indiana supports the growth on new Dojos formed organically, as part of Eleven Fifty Academy’s Cool Coding Awareness Week, as well as those formed by the US2020 initiative.

In June 2017, the task force and advisory board will convene together to decide whether CoderDojo Indiana will remain as a program under the TechPoint Foundation for Youth or begin working to obtain 501(c)3 status as an independent entity.