CoderDojo has won the prestigious European Citizen’s Prize. CoderDojo is the only Irish based organisation to win the award this year. Our non-profit network of free coding clubs for young people, which originated in Cork, is now in 63 countries worldwide. Since 2008 the Parliament awards the European Citizen’s Prize every year to projects and initiatives that facilitate cross-border cooperation and promote understanding within the EU. CoderDojo was nominated by Seán Kelly MEP (Ireland South). 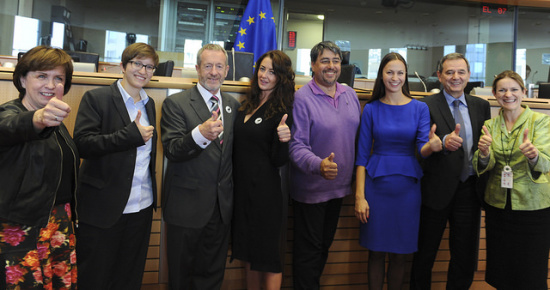 Mary Moloney, CoderDojo’s CEO had this to say on receiving the news: “With more than 600 CoderDojo clubs active in European countries, it’s great recognition for the amazing, kind & talented community of volunteers and kids to receive this award. We hope that this will inspire others to get involved in supporting the movement and in helping to launch more Dojos.”

“CoderDojo provides free of charge, fun, safe, diverse & inclusive learning environments for kids and young people to develop critically important technology and interpersonal skills. The goal of the movement is that all kids are provided with the opportunity to participate in the world of technology and to be empowered to enable the next wave of technology based change. The next generation of talented skilled technologists will create and deliver technology that will truly change the world for the better, supporting them from an early age is important”. 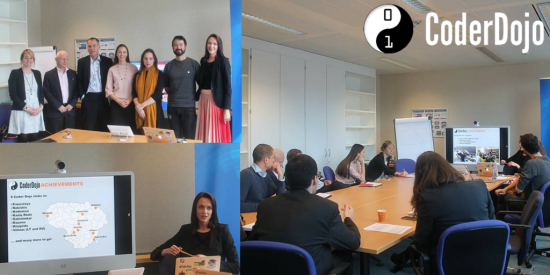 Sean Kelly has been a long time proponent of the benefits of technology in empowering youth. He also launched the EU CoderDojo Ambassador initiative to improve computer coding access for young people around Europe through involving other EU MEPs.

“I want to congratulate CoderDojo, winner of the European Citizen’s Prize for 2016. The clubs have inspired thousands of children and given them the confidence to pursue a career in technology and entrepreneurship. It is a wonderful success story – a truly deserved accolade,” Mr Kelly stated upon hearing the news. 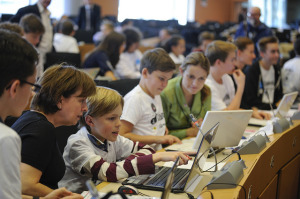 “In 2013, I hosted the first ever EU Dojo event in the European Parliament.  At the time, CoderDojo was little over one year old and was active in 10 member states. Now, there are over 1000 clubs in 63 countries, over 630 of those clubs are Europe-based. That’s remarkable growth,” Mr Kelly continued, praising the volunteer-led CoderDojo initiative which was co-founded in by James Whelton and Bill Liao.

According to the European Commision, 90% of all jobs will require digital skills in the near future. Unfortunately almost half of the EU population is ill-equipped for these roles.

“It’s estimated that there could be up to 825,000 EU-wide ICT vacancies by 2020, because the workforce lacks specialised technology skills.

“We urgently need to increase the opportunities for young people to study and work in ICT, through the mainstreaming of coding and related ICT skills from early school days and via non-formal education such as CoderDojo.” Mr. Kelly noted.

Award ceremonies will take place in each of the winners member state as well as a central event in Brussels in October.