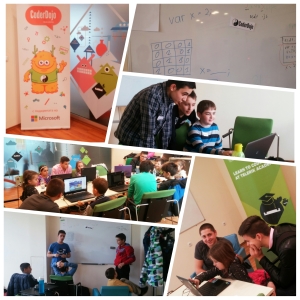 CoderDojo Bulgaria has recently launched its second dojo in Sofia, Dojo @ Telerik Academy . This dojo was set-up with Telerik: a Progress Company. It is unique because all mentors are youths (aged 10-13 years old) from the Children’s Academy of Telerik.  The club was inspired by CoderDojo’s globally successful practice of peer-to-peer learning.

Peer learning has been shown to be highly effective in terms of boosting motivation, focus and depth of understanding over a range of topics, including programming and coding logic. Peer learning also builds confidence among young mentors and empowers those who would be reluctant to ask for assistance from adults.

The first Dojo session was held on February 27th, 2016 at the Academy of Telerik training centre. It has since been followed by two more classes. The last of which was fully booked within two minutes of opening the registration!

“The language of innovation is writing code. It is therefore important that children from the earliest possible age begin to deal with programming to be prepared for the jobs of tomorrow. We believe that, as with mathematics and foreign languages, the earlier children start learning programming and create their own software applications, the more easily they absorb and master them” said Boyko Yaramov,  leader of the Academy of Telerik. 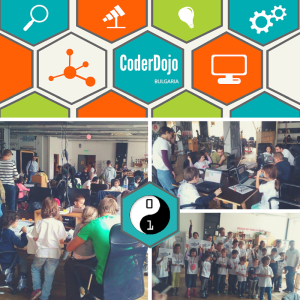 Dojo @ Telerik Academy follows CoderDojo Bulgaria’s successful Dojo in Sofia Tech Park, which began on October 2015. The Sofia Dojo is run in partnership with Eleven Startup Accelerator. Those involved have volunteered their time to making the Dojo a success. In less than 6 months it has reached more than 200 young people.

CoderDojo in Bulgaria is supported by Microsoft.