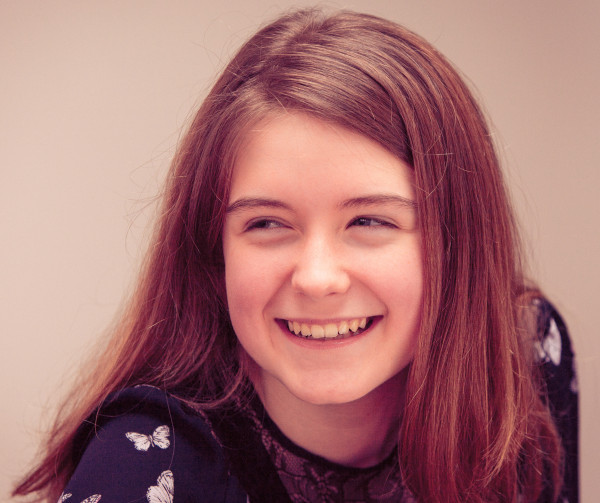 CoderDojo runs classes for young people, aged 7 – 17, to teach them how to code – to make websites, apps, games and even build robots, and it is run world-wide by volunteers (mentors).

I’ve been coding in CoderDojo from the age of nine. Before that, I only used technology – playing games and searching the Internet – but now that I know how to code I can create things using tech too!

In CoderDojo DCU I have learned HTML, CSS, javascript and node js. My favourite language would have to be CSS, because it lets you style the webpage, without CSS your webpage is really plain.

A year after I started, I began to mentor at CoderDojo DCU – I am a mentor in the CoderDojoGirls and DCU Dojo Scratch classes. Before I began to mentor at the Scratch CoderDojo, I didn’t know anything about Scratch. But because of mentoring that class, I have learned Scratch. That’s the great thing about mentoring, you not only get to help other people learn, you end up learning something too. This is a really cool part of being in CoderDojo, you can not only learn but you can help other people to learn.

The other big thing at CoderDojo is creativity – coding lets you bring your ideas to life, and that’s why it is really important to give young people all over the world the opportunity to code.

It means young people can use their imagination to create things with tech, and that is fun today but the problem-solving skills you learn by having this fun may be even more important in the future. I believe that coding – or at being aware of how coding works – will soon be a skill necessary in many jobs, so giving young people the opportunity to code now will mean they will develop the skills they need in future.

In recent years I have noticed a huge difference in the amount of girls taking part at CoderDojo DCU. In 2011, the one class that was run there was mainly filled with boys. But thanks to things like CoderDojo Girls in DCU and also Girls Hack Ireland I have noticed that CoderDojo DCU has a lot more girls attending the classes! This is brilliant because in Ireland we need more girls in the STEM subjects – Science, Technology, Engineering and Maths – and CoderDojo is helping to do this.

Because of learning to code and the amazing network of CoderDojo I have had so many opportunities: speaking at the WebSummit 2014, getting a tour of Brown Bag Films – the animation company, becoming a member of the Digital Youth Council Ireland (DYC), going to Amsterdam for a day of coding (hackathon), becoming EU Digital Girl of the Year 2015/2016 and so much more! It’s a huge honour, and there are so many other young coders in Ireland and all over the world who deserve the opportunities I have had too.