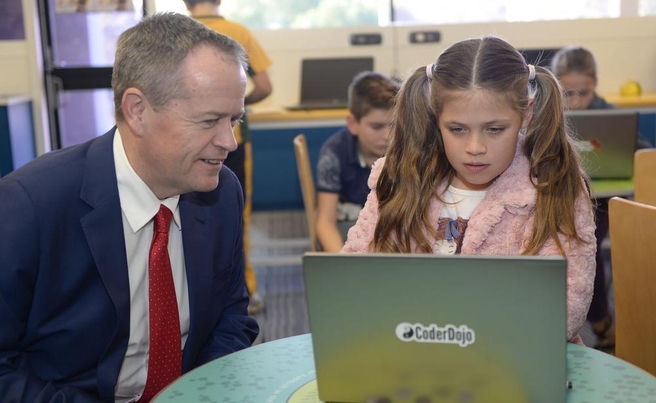 Tiny robots whirred as they zoomed around the CSIRO lab at Scitech yesterday, doing laps around Bill Shorten and the youngsters controlling their movements using iPads and laptops.

Madelaine Blair, 10, and other participants in the CoderDojo program showed off their digital skills to the Opposition Leader yesterday, as he spruiked Labor’s plan to have computer coding taught in every primary and secondary school in Australia.

The Fogarty Foundation has helped set up more than a dozen “coder dojos” at the University of WA, Edith Cowan University and schools and community centres around Perth so children aged seven to 17 can learn for themselves how to write code and program computers, instead of just playing games designed by others.