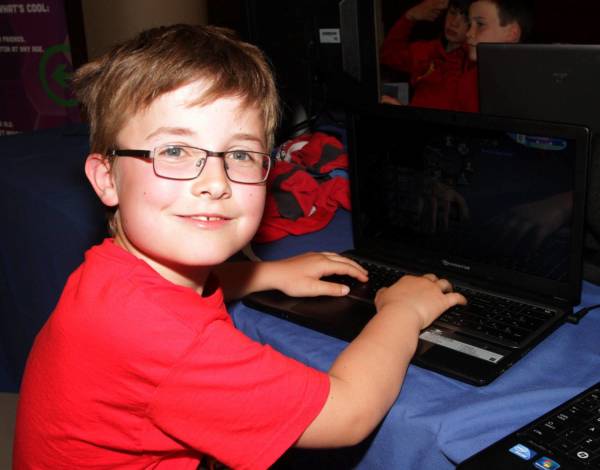 Members of the Wexford Coderdojo group showcased their websites and games at the Wexworld Festival in White’s of Wexford.

The children, aged between seven and 14, initially created their projects for the Coderdojo Coolest Projects Awards, which took place in the RDS on June 13.

According to Carol Faughnan, champion of the local club, the presentation of the projects in Wexford was almost more exciting than the Dublin event as it drew local attention to the next generation of programmers and app developers.

‘These kids are fast becoming the next generation of adults to bring innovation to our county, both to make Wexford more competitive nationally and Ireland competitive internationally,’ she said.