In June of last year several excited members of CoderDojo Dungarvan in Co. Waterford travelled to our capital city to participate in The Coolest Projects Awards 2014. Over the course of the day the young attendees had the opportunity to test out some of the latest tech at the various hack spaces laid on especially for their enjoyment.

One of these hack spaces was provided by Dublin and Cork based 3D printing company Hackett 3D. Their Ultimaker 3D printer was a star attraction and queues formed all day for the chance to ‘have a go’ on it. Imaginations ran wild with the possibilities of what could be printed if only ownership of such a fascinating piece of kit wasn’t such an impossible dream! Or so we thought! 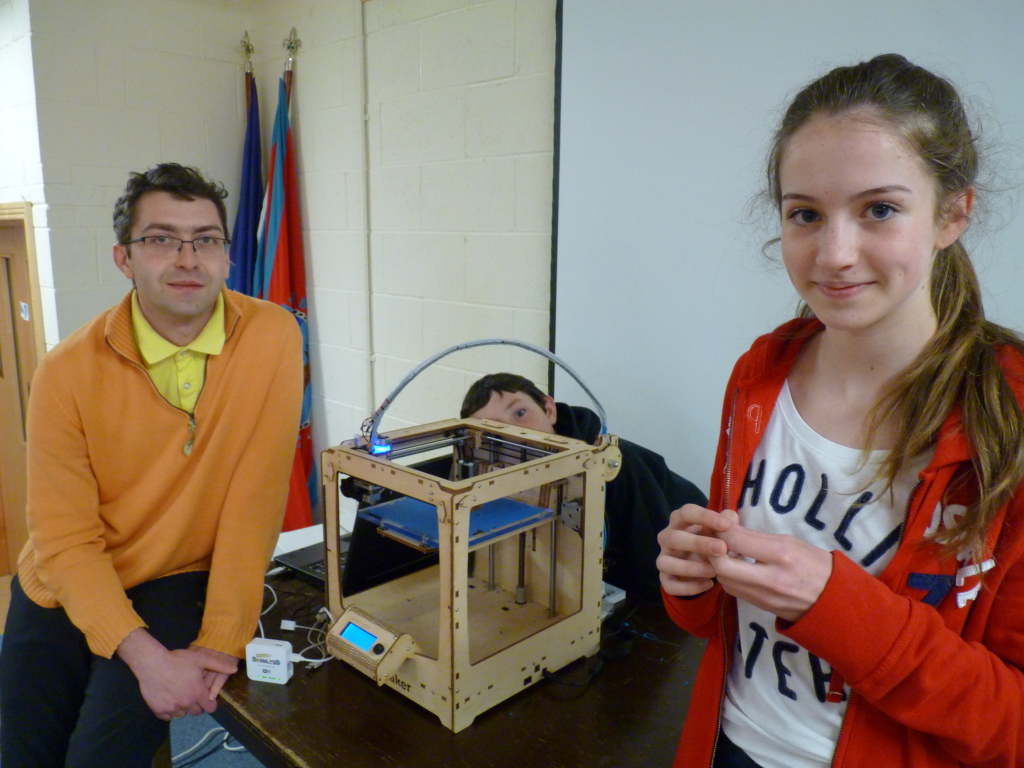 Shortly after we had returned home, armed with loads of inspiration for 2015 projects, we received a tweet. Good fortune had smiled on us and the young people of CoderDojo Dungarvan were to be the custodians of a brand new Ultimaker 3D printer courtesy of Hackett 3D and Ultimaker…WOW! Seriously! WOW! 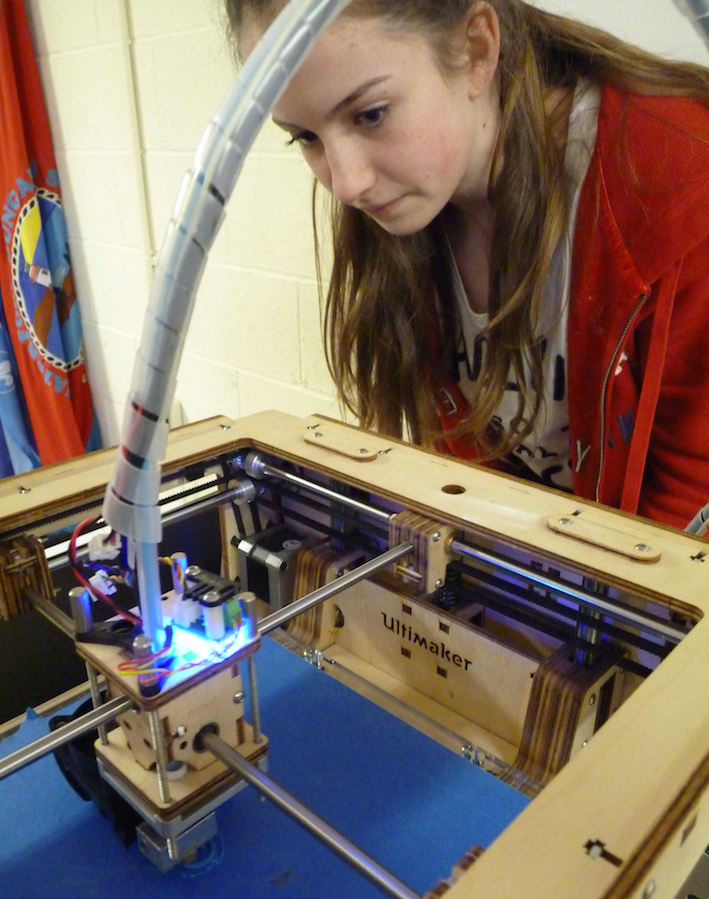 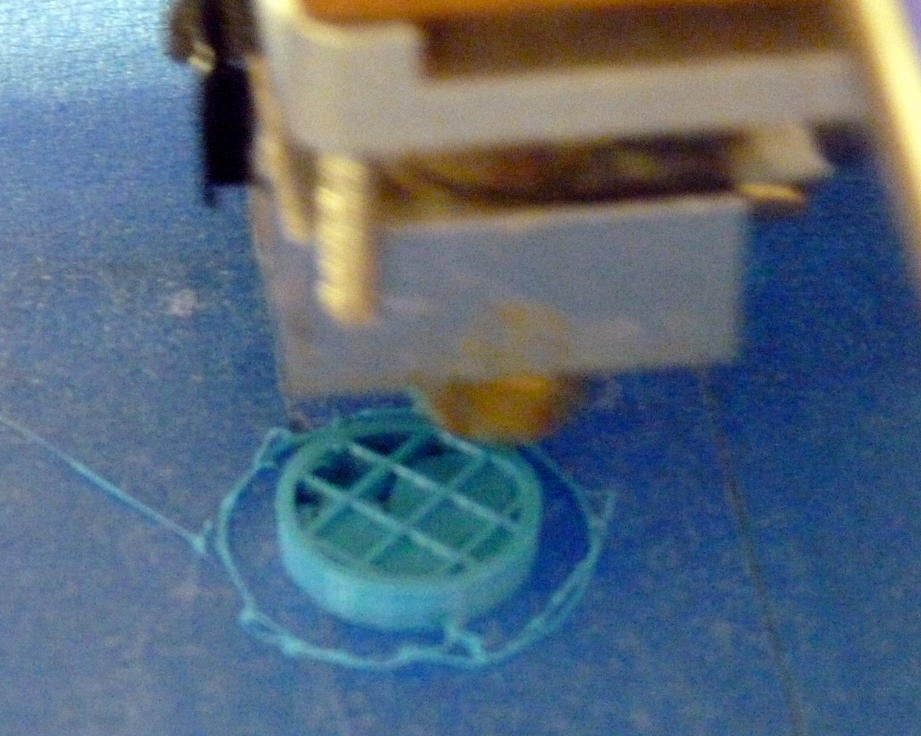 During the intervening year mentor Pawel Lorenc has been extra busy at our Saturday sessions teaching 3D modelling, using Sketchup, to a group of our young people. As a result of the support for CoderDojo from Hackett 3D and Ultimaker our young inspiring designers now have the ability to see their creations come to life in front of their eyes. Pictured above is 14 year old Kristen Murphy from Killosera, Dungarvan. Kristen holds the tiltle of being the first CoderDojo Dungarvan member to design and print a model from concept to finished article. And what did she choose to create as her first piece….a 3D model of the CoderDojo symbol of Yin and Yang! We can expect great things from Kristen in the future as, without doubt, she along with all CoderDojo members everywhere, has a very bright future ahead of her.

Good luck and see you all at Coolest Projects 2015