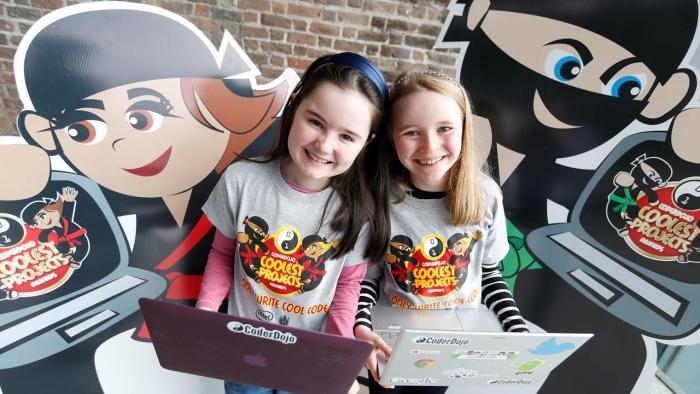 This Saturday (13 June), tech wunderkinds from across Europe will descend on Dublin’s RDS for the 4th annual CoderDojo Coolest Projects Awards.

The participants, all aged between 7 and 17, will showcase technological creations, including apps, games, websites, robots, drones and hacks, all developed utilising skills learned at CoderDojos.

This year’s event, which runs from 10.30am to 5.30pm and which is open to the public free of charge, sees the introduction of an ‘evolution’ category, encompassing sophisticated projects that involve advanced hardware, software or coding languages. 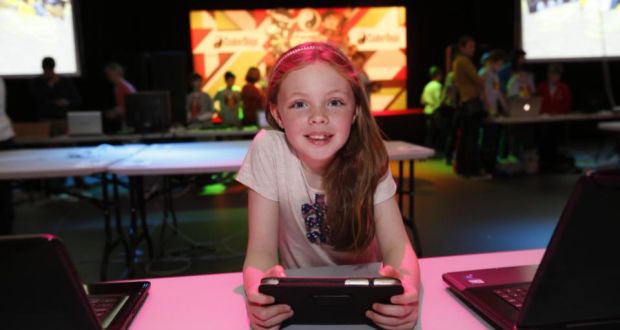 Coolest Projects Awards: Young coders show tourists the way and come to the aid of journalists

Ever scratched your head trying to figure out what bus or train to catch when visiting an unfamiliar city? A young Irish coder can help. Another young Irish coder is building an app for journalists to get videos of interviewees when they can’t meet face to face. And another is rigging a traditional doll’s house for 21st-century tech.

These are just a few more than 500 projects that will be on display this Saturday in Dublin for the 2015 Coolest Projects Awards, which will feature the work of coders aged between seven and 17.

The event encourages participants in free CoderDojo computing clubs to come up with ideas and apply their skills to solve problems or simply create something fun.

The competition will see more than 500 finalists from across Europe showcasing technological creations. The projects will range from apps and games to websites, robots, drones, and hacks that will make our lives run better.

Those participating will have the chance to win a Surface 3 device just by tweeting a selfie of their project to @MicrosoftIrl.

Microsoft, the official partner for the CoderDojo Foundation & Movement, will be providing demonstrations and tutorial sessions to introduce young visitors to the world of coding. 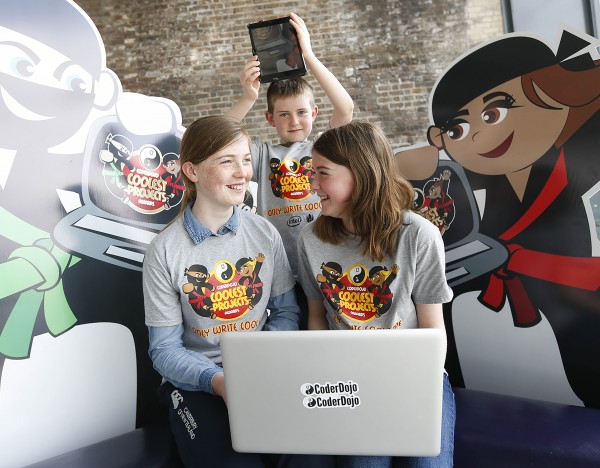 The coolest projects around

We’ve covered the Coderdojo phenomenan before in the pages of NewsFour. An educational foundation of volunteer-led workshops that aims to hot-house technical skills in the young, Coderdojo aims to make learning fun, and seems to be succeeding.

James Whelton was only 18 when he founded the first Coderdojo in his high school in Cork. His inventive hack of an iPod Nano he won on a plane fight, re-engineering the device so he could play simple computer games on it, gained him some notoriety and this in turn attracted the attention of angel investor and entrepreneur Bill Liao.

The rest is, as they say, history, albeit very recent, with Coderdojos springing up around the country and abroad, to skill-up and foster the technical talents of the coming generation. 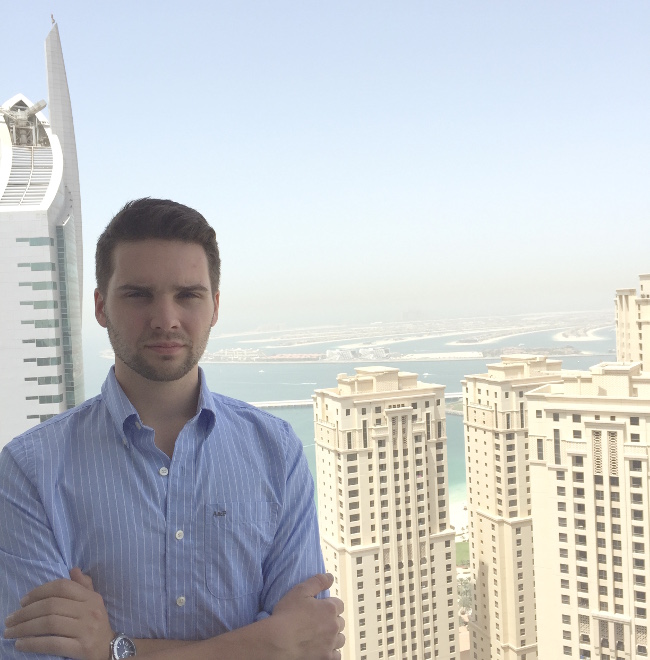 The Interview: the incredible journey of James Whelton, CoderDojo co-founder

Cork native James Whelton co-founded the globe-spanning CoderDojo movement when he was just a teen. Today he is a 22-year-old tech entrepreneur focused on the emerging tech scene in the Middle East.

On a pretty normal overcast Friday afternoon in the summer of 2011 a phone call came in from James Whelton.

Whelton was just 18 and had done his Leaving Cert. He had become a bit world famous a year or so earlier for hacking the iPod Nano and creating watch faces for the device.

Whelton told me he was on the Luas tram and was on the way out to my office. Instinctively I asked our video editor Connor to set up our cameras, we had a story. 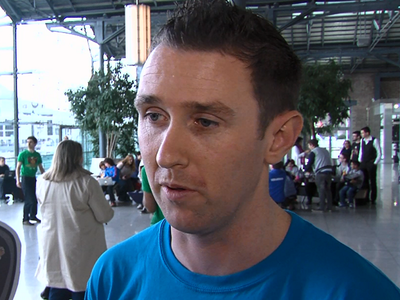 Speaking at the launch of this year’s CoderDojo Coolest Projects Awards for 2015, Noel King said the awards have given hundreds of kids a platform to succeed that wouldn’t have been available otherwise.

The recent awards launch at CHQ in Dublin’s Docklands saw dozens of young CoderDojo prodigies turn up to not only celebrate a competition that gives kids the chance of creating amazing projects that can have an effect on real life, but are also a lot of fun to create.

Demonstrating some of the coolest projects, King witnessed a number of CoderDojo kids write the programming to make a drone do flips, turns and other acrobatics in front of all those who attended the launch. 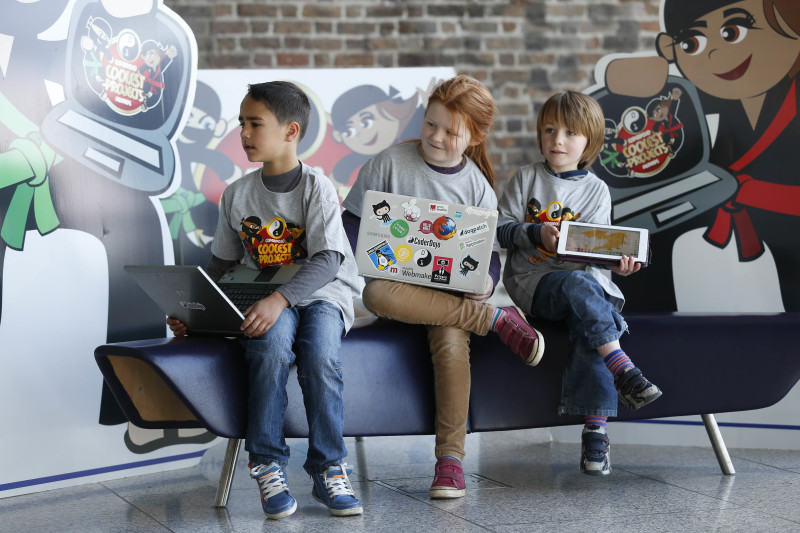 The CoderDojo Coolest Projects has launched a free public event in RDS.

On 13 June young coders from Ireland and around the world will fly in to the biggest Coolest Projects Awards yet at the RDS to showcase their IT skills. 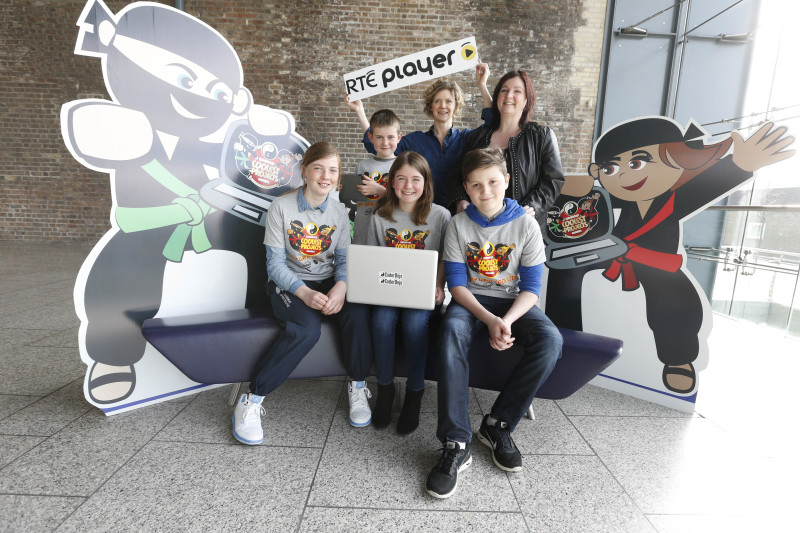 RTÉ are delighted to be involved in this year’s Coder Dojo Coolest Project Awards.   On June 13th, young coders from Ireland and around the world will fly in to the biggest Coolest Projects Awards yet at the RDS to showcase their IT skills. Expect cool apps, games, websites, robots and ‘hacks’ to make our lives run better. 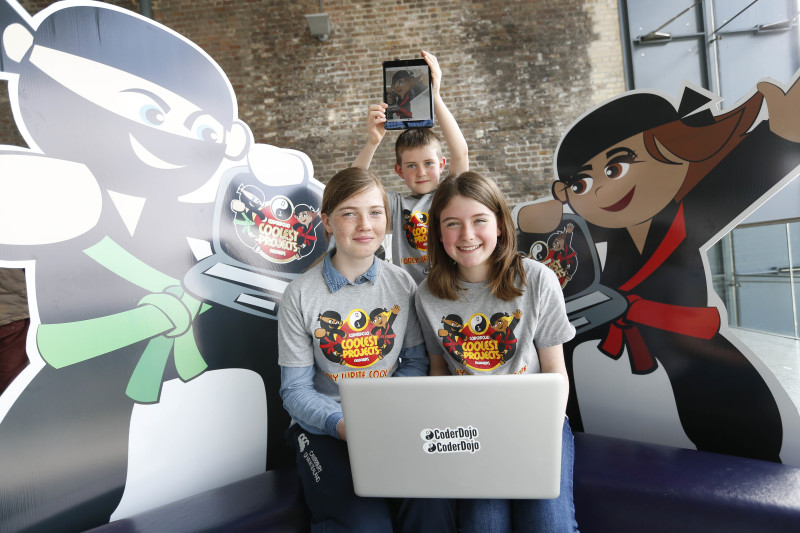 It’s nearly that time of year again as dozens of kids turned up to the CHQ building in George’s Dock, Dublin, to launch this year’s CoderDojo Coolest Projects Awards with a drone showcase.

With the event itself taking place on 13 June in the RDS, young coders from Ireland and around the world will fly in for the event to showcase their IT skills across a whole range of incredible applications including apps, games, websites, robots and ‘hacks’, all with the intentions of making our lives run better. 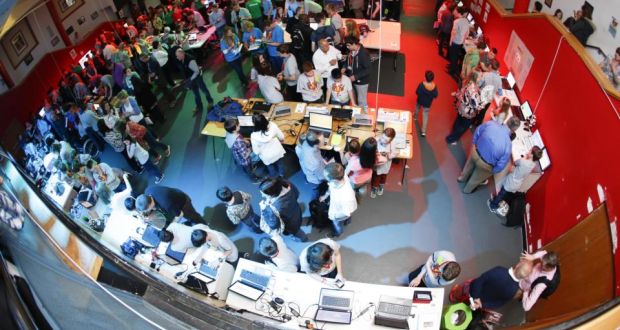 The call for Ireland’s best and brightest young coders is set to go out next week as CoderDojo’s Coolest Projects opens for registration.

The event, which will take place on June 13th, allows participants in CoderDojo, which is open to children aged from seven to 17, to show off their skills and the projects they have created, from websites and apps to Scratch projects, HTML and other advanced coding languages.