CoderDojo Partners with BBC for flagship Make it Digital Initiative 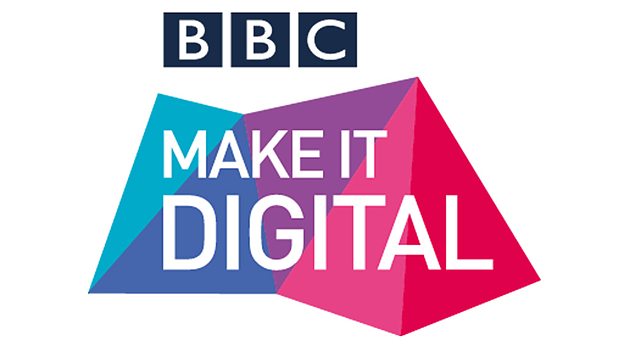 CoderDojo are delighted to be one of 50 partners in the BBC’s new major initiative Make it Digital which launches today. This is a UK-wide initiative to inspire a new generation to get creative with coding and digital technology.

The UK, as with most other countries, is facing a growing skills shortage of digital professionals.  Make it Digital aims to close this gap by providing young people with the necessary skills they need and by putting a spotlight on digital creativity.  The BBC wants to inspire people,  young and old, to be excited about technology and to show them the possibilities that are out there in the digital world.

There will be a season of programs and online activity which will incorporate some of the BBC’s most popular brands and characters including Doctor Who, Radio 1 and Children in Need as part of this initiative.  A wide-reaching season of Make it Digital content across TV, radio and online platforms  will raise awareness among mainstream audiences on why digital matters, and inspire younger audiences to have a go and get creative with digital technologies.

One aspect of the Make It Digital Initiative is the creation, and delivery of 1 million coding devices, which will be available from Autumn 2015, and which will be given to every student in year 7 (ages 11/12) for free across the United Kingdom. The BBC has partnered with over 25 organisations to create the small programmable hardware device.  This device, nicknamed the ‘Micro Bit’ helps younger children to start learning basic coding and programming, which they hope will encourage further learning and will help them to move onto more advanced products like Arduino, Galileo, Kano and Raspberry Pi. CoderDojo, as a BBC partner on the Micro Bit project, plan to deliver events across the UK which will utilise the device and allow young people to push the boundaries of what they can create with the Micro Bit.

There will also be the Make it Digital traineeship scheme which aims to create up to 5, 000 opportunities for young unemployed people in the UK.  This will be the largest traineeship of it’s kind.  Due to launch around the country in summer 2015, the nine-week traineeship includes training from the world-renowned BBC Academy.

Read More About the Make it Digital Traineeship

The BBC is working with over 50 organisations in a first wave of partnerships – from major corporations like ARM, Barclays, BT, Google, Microsoft, Samsung to educational institutions and organisations including CoderDojo, Apps for Good and TeenTech.