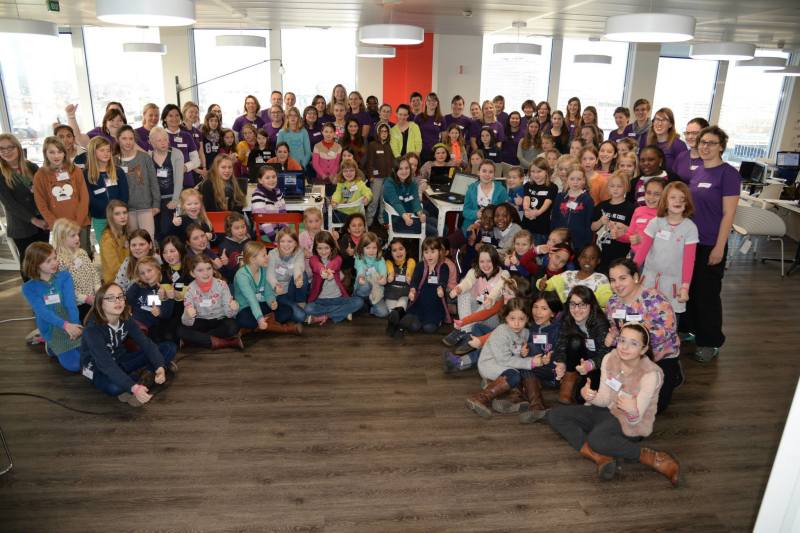 Today we have released a great video which shows some of our female Ninjas talking about why they love CoderDojo.  At the moment approximately 30% of attendees at Dojos are girls but this figure varies from club to club.  This seems like a low figure but it is actually above the industry average.  Women hold only 27% of all Computer Science jobs while less than 20% of bachelors degrees in Computer Science are awarded to women according to the National Centre for Education Statistics. This global imbalance in the technology and STEM sector needs to be addressed, and our ultimate goal is for Dojos to achieve gender parity, for them to be places where all young people come  to learn how to code and be creative in a fun and social environment.

Are you interested in joining a working group to share your experiences of getting girls into Dojos? If so read on and get in touch with info[at]coderdojo.org.

CoderDojo Girls in DCU is one example of a Dojo that started a girls specific initiative. After noticing a lack of girls attending their regular Dojos, they decided to start a girls only track. The aim behind CoderDojo Girls is to create a safe and fun environment where girls can learn about technology and ultimately gain confidence in their ability with technology. At these Dojo sessions, they have tried to create material and games aimed at girls so as to keep their interest and to inspire them to join.  They are giving the girls the opportunity to suggest course materials and direction so that they are becoming more and more involved.  They are showcasing positive female tech role models through their lead female mentors. Since CoderDojo Girls started in DCU two years ago, the percentage of girls attending the mixed Dojo has increased, the robotics stream is now 50/50! 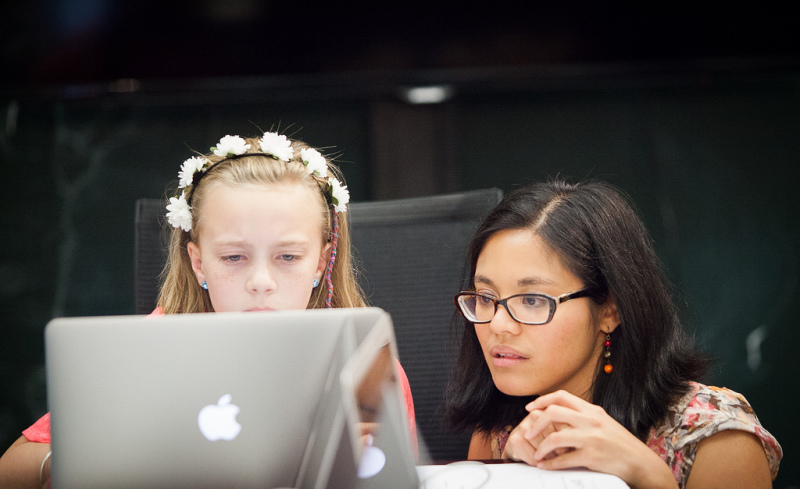 Ten year old Lauren Boyle is a coding superstar who has emerged from CoderDojo Girls.  She is the EU Digital Girl of the Year and even taught Taoiseach Enda Kenny how to code while promoting Hour of Code.  After learning how to code and realising how easy and fun it is, she has created three of her own websites which are aimed at other young people.
Twelve year old Tyriah from the UK, is the youngest person to set up a Dojo which is an amazing achievement!  She is a mentor in her own Dojo and is using her knowledge of coding to encourage other young girls to get involved.
Tyriah and Lauren are fantastic role models for any young girls who are interested in coding and their success is really helping to get more girls involved but we want even more girls to join Dojos. It would be impossible to name every inspirational role model from the community but we hear from some more in the CoderDojo Girls video.

The Foundation wants Dojos to become 50/50, to work towards this we will be pulling together a working group and talking to community members about how we can make this happen.  We want to learn from Dojos who have been successful in attracting more girls and to create more content highlighting what works to get more girls involved, and profile inspiring female role models from the CoderDojo community.  Our ultimate aim is for there to be no need for targeted initiatives like CoderDojo Girls because we have reached an irreversible tipping point, a tipping point where coding, and more broadly STEM in general, is viewed as a field that is just as open for girls as it is for boys.

If anyone has any success stories about CoderDojo Girls or would like to be involved please get in touch.  We want to create a new generation of female coders and have equality within every Dojo.  We would love to have feedback from the community and you can email us at info[at]coderdojo.org.

You can see our CoderDojo Girls Guide here.