Cormac Kinsella, a 14 year student from Colaiste Lú, Dundalk, who released the iOS version of his mobile app ‘Focal.ie’ in October 2014 is having an official launch event this Wednesday 25th February.

Cormac is one of the youngest App developers in Ireland and he has been a regular attendee at the Drogheda Coder Dojo for the past 3 years. During 2013 he began work on his app which he hoped would benefit Irish speakers and their families.

The clever App allows a user to rapidly translate any word from Irish to English or English to Irish and has already been downloaded by 500+ Android phone users. Focal is the only full dictionary Irish language App available to users completely free of charge and accesses the internet resources of Focal.ie, the National Terminology Database for Irish, developed by DCU in collaboration with Foras na Gaeilge. The App was previously only released on the Google Play Store. 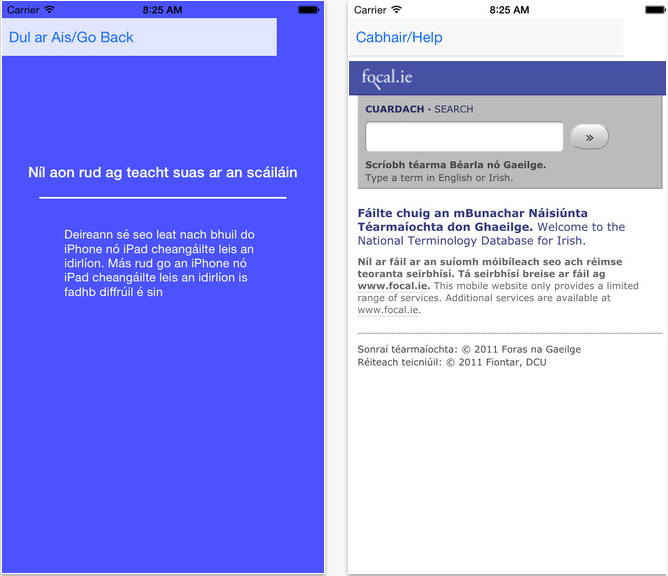 Cormac is very passionate about the Irish language and he has designed and developed Focal so that it will be a totally free to use App and completely devoid of any advertising links. It is really useful to students and parents helping with Irish homework! He hopes that as many Irish speakers as possible get to hear about and use the App and give him feedback to enable him to improve it where possible.

Cormac was recently one of 12 teenagers invited  to join the newly founded Digital Youth Council of Ireland. The Digital Youth Council is a Europe-wide initiative whose objective is to encourage coding opportunities for all students – and provide a platform for them to influence the National Digital Strategy. Also, in November last year, along with his friend and coding partner, he was invited to showcase their social media management “OpenShare” App at the Dublin Web Summit on the Coder Dojo stand.

Cormac’s family, school teachers and others will be present at the launch which is to take place at 18:30 on Wednesday 25th February in Colaiste Lú, Chapel Street, Dundalk. 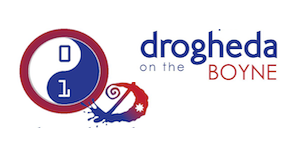 CoderDojo Drogheda has been running for over three years now and was the 4th CoderDojo in Ireland following Cork, Limerick and Dublin. In 2013 Drogheda hosted the 2nd annual Mentor Conference for CoderDojo volunteers from around the world. We have over 70 young coders (aged 7-17) each Saturday where we encourage the interest and raw talent that is already there.

Cormac’s achievement in developing this app is awesome!  He is a determined and gifted young coder that has the respect of all of his peers and the mentors.  We are sure he has a very bright future in computer programming!  We wish him and the Focal.ie App huge success and hope everyone downloads it to learn another language, Irish!
None of this would be possible without the ongoing support of volunteers – many of whom work in the IT and digital industries, the parents who help organise and run the club, John Halpin, Principal of St Olivers and the School of Computing in DkIT who came on board with support from the very beginning.