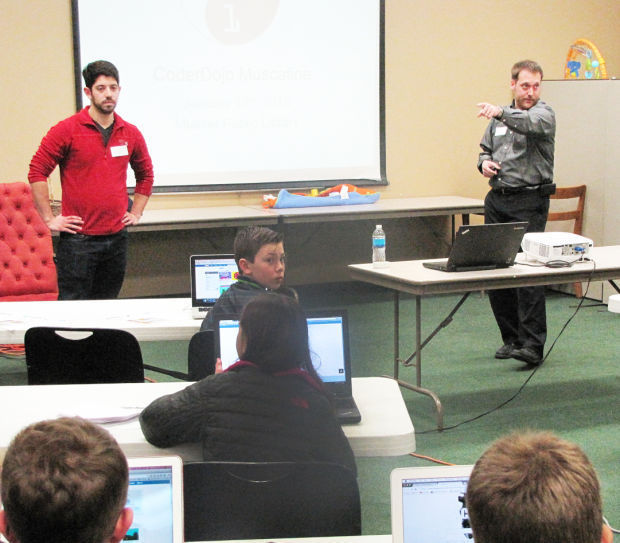 There might not have been classes on Monday in observance of Martin Luther King Jr. Day, but school was in session that evening at Musser Public Library. CoderDojo held its fourth event since its inception last fall. Thirty-five students and 15 volunteers from HNI Corp. gave up two hours of their time to learn computer coding basics.

“Right now we do Scratch programming, which is a free web service. In the future, maybe we could look at expanding our coding into 3D printing or robotics,” said Caitlin Johnson, the Muscatine chapter’s founder. 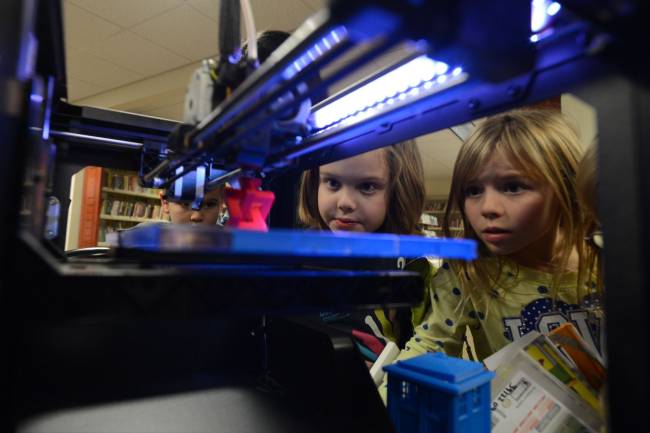 In North Jersey, libraries of tomorrow are ready to turn the page

It looks like a scene from Google headquarters. A group of young inventors darts around the room, tackling a new experiment each week: build a flying machine, print a 3D object, design a new instrument, make an explosion with Popsicle sticks. The energetic buzz is punctuated by the occasional exclamation, “That’s so cool!”

But this is no Google headquarters. This is the Hillsdale Public Library, and its dedication to hands-on collaborative learning exemplifies a movement by libraries nationwide to redefine themselves in the digital age.