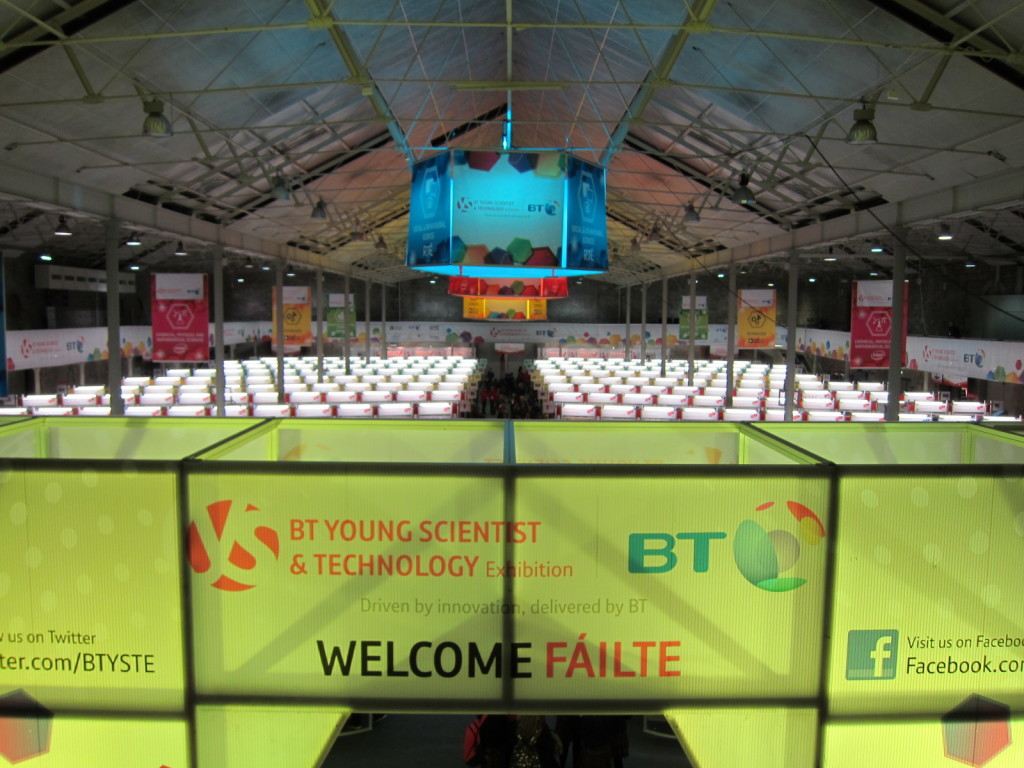 Thanks to the generosity of the BT Young Scientist Exhibition, CoderDojo had a stand in the industries hall where CoderDojo Ninjas and the winners from the This is Not a Game Challenge joined forces to showcase their cool projects for the attendees.

Over the 3 days there was a total of 15 projects showcased by the CoderDojo community with members traveling from across the country to showcase their cool projects! 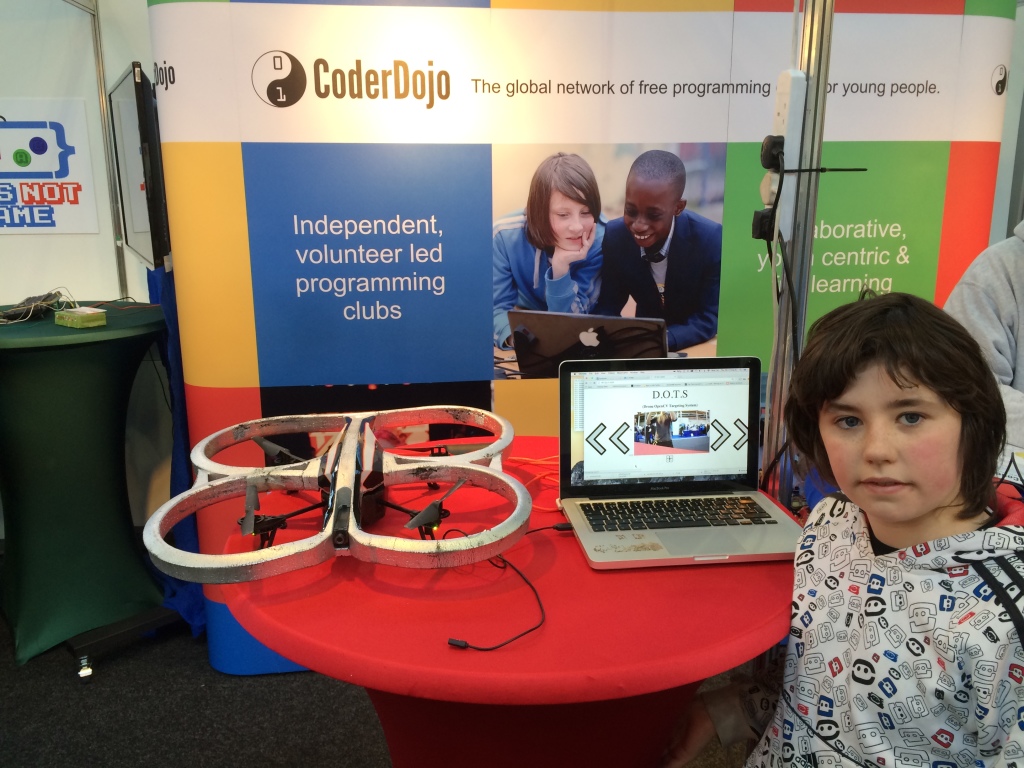 Harvey and his AR-Drone with face targeting! 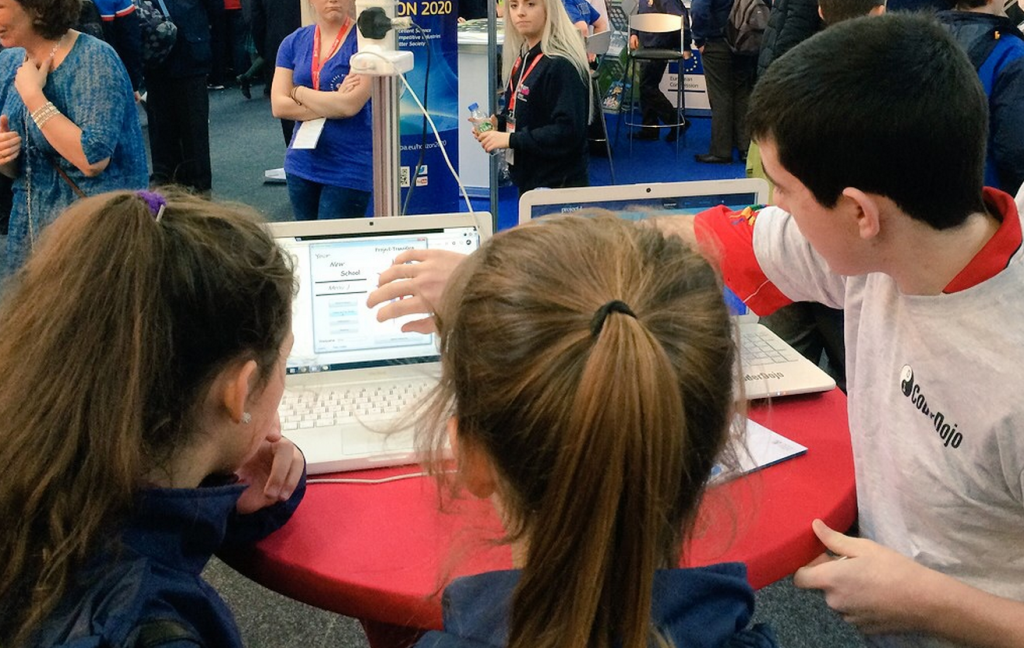 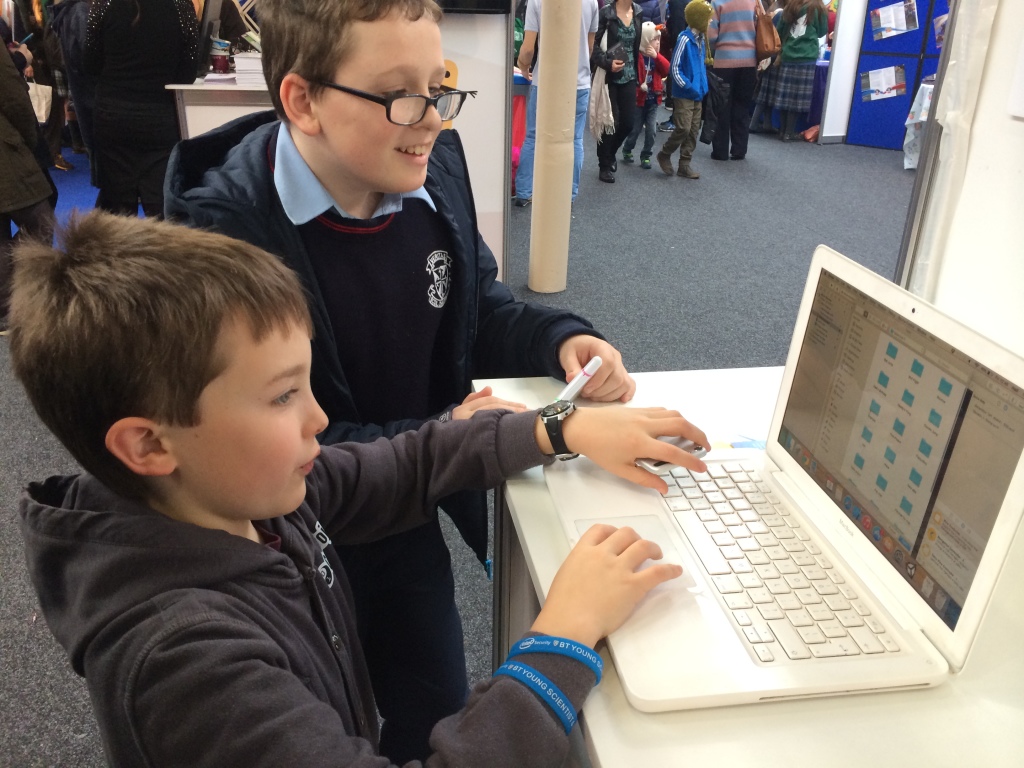 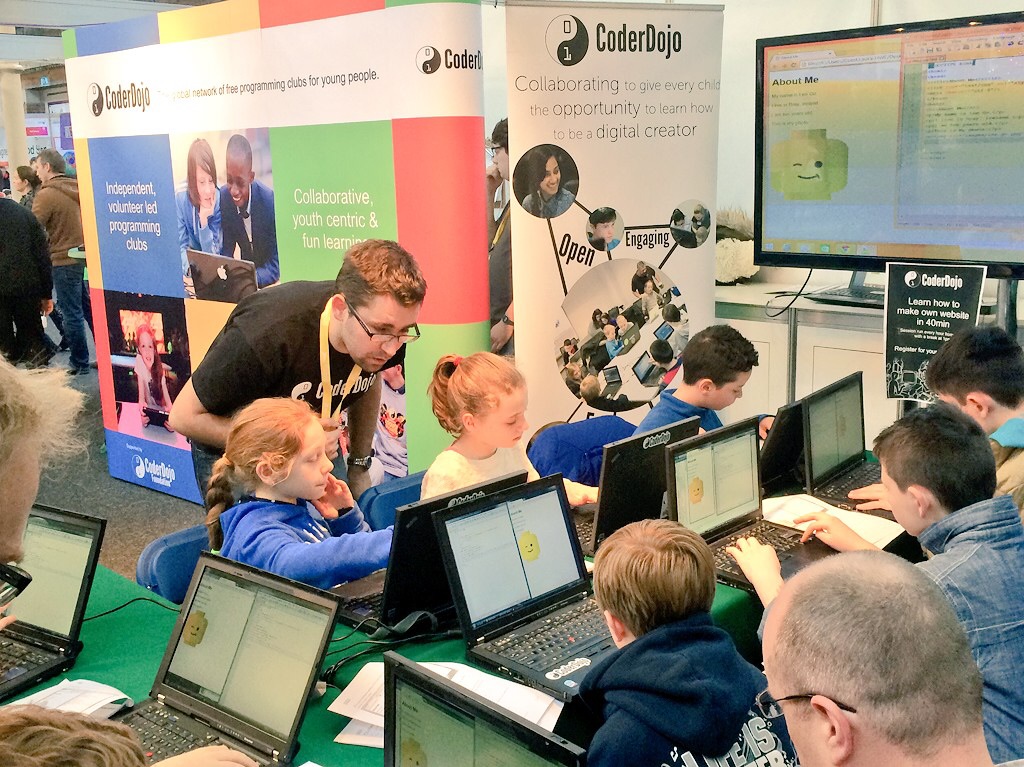 Barry (Limerick CoderDojo) Mentors the HTML sessions at the stand.

Congrats to the This is Not a Game Winners!

The This is Not a Game Challenge is an initiative launched by the U.S. Embassy in Dublin, the CoderDojo Foundation and Griffith College to give secondary level students the tools to create video games with a social conscience! At the event the winning teams were presented a medal by the US Ambassador for their participation in the challenge. 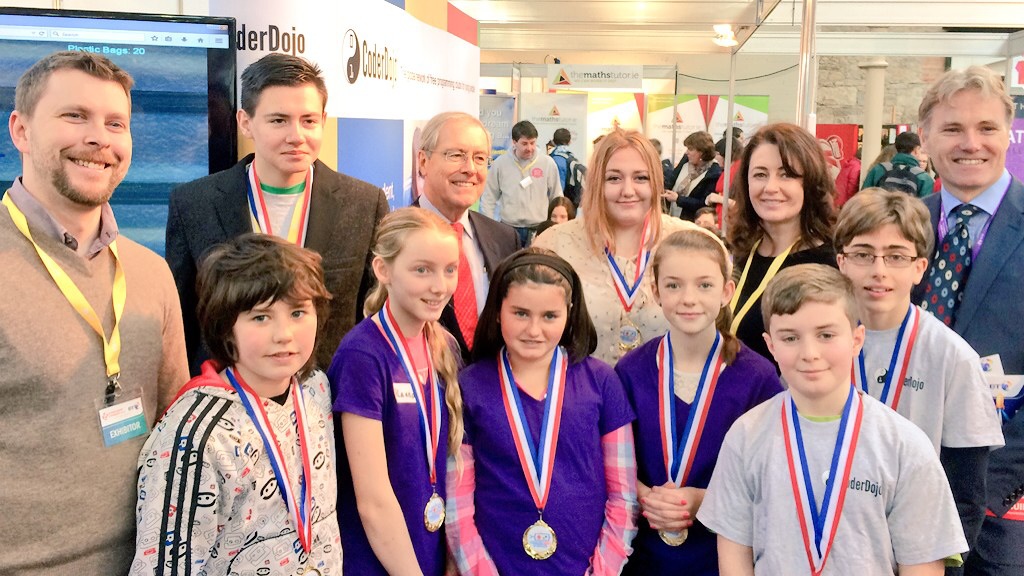 The Winners of the This is Not a Game challenge get awarded their medals by the US Ambassador!

See some of the winning projects below: 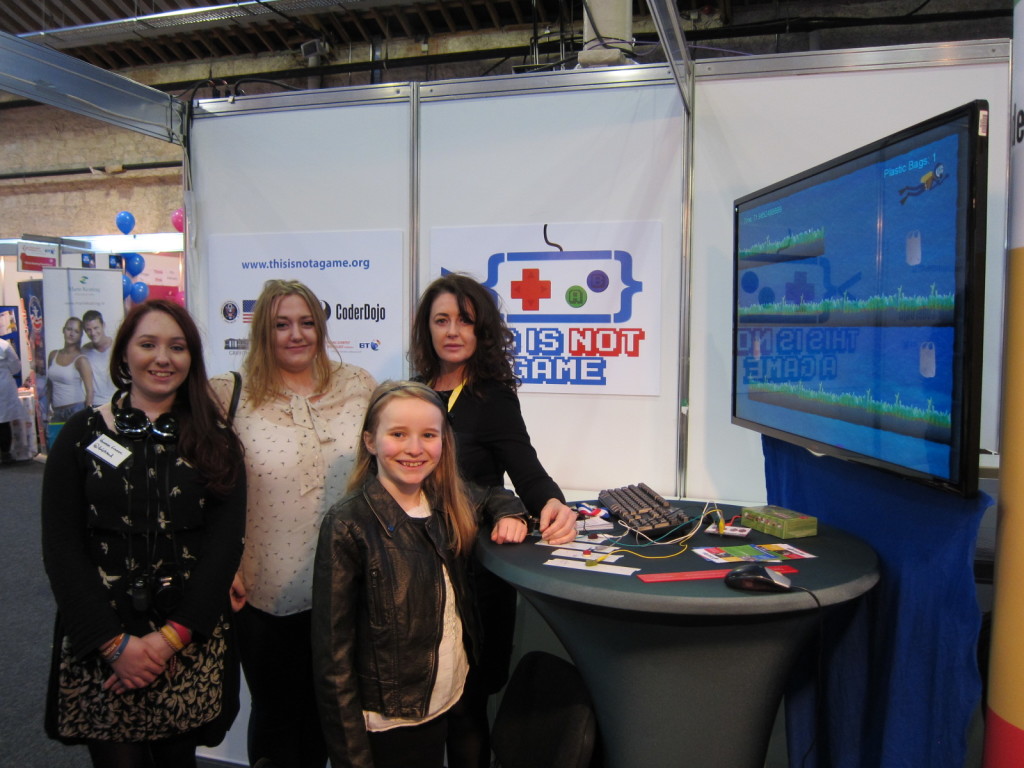 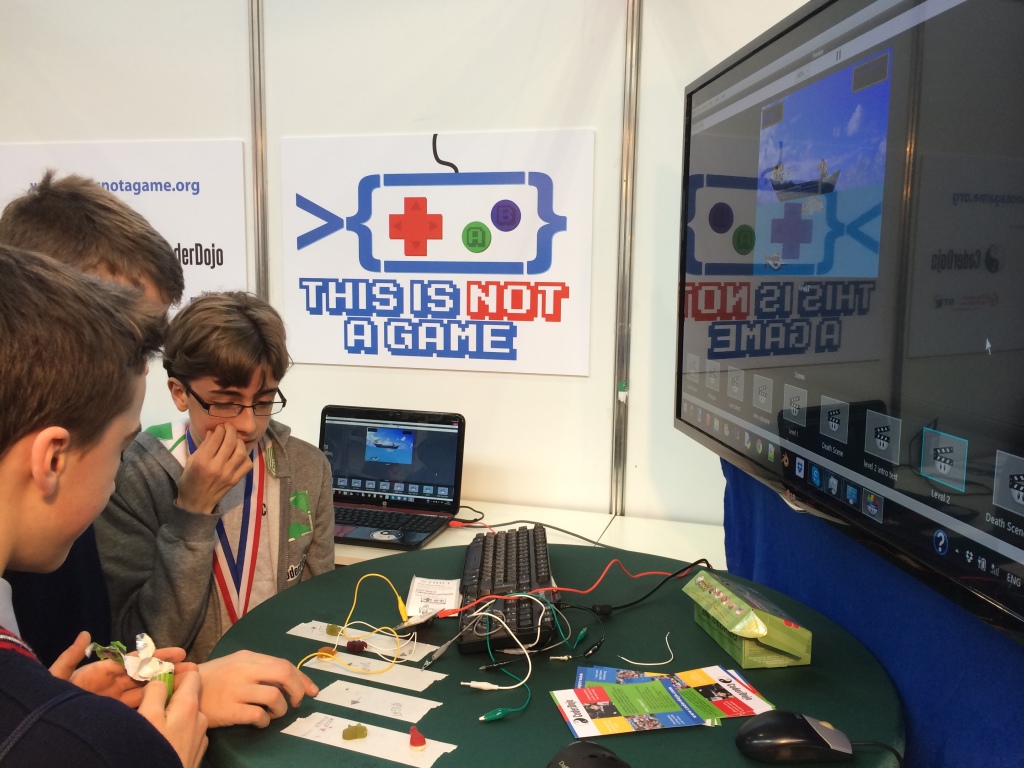 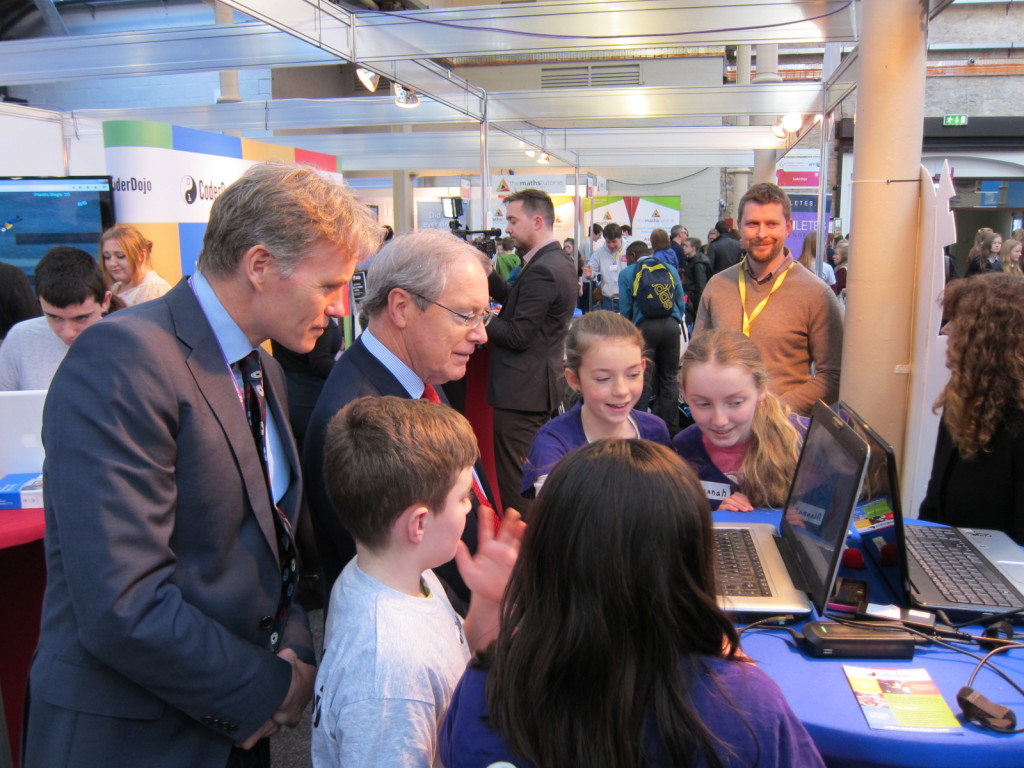 Team Frazzle shows the US Ambassador their game

Congrats to the CoderDojo members that won a BT Young Scientist Award!

Congrats to Connor from @CoderDojoDlk who came 2nd in the technology category @BTYSTE !! #BTYSTE #powerfulplay pic.twitter.com/2e0EypYAhE

Congrats to @cushenst from @SciGalleryDub Dojo who came 3rd in the Technology Category at #btyste 2015! Awesome! 🙂 pic.twitter.com/V59lsfXCbg

Thank you to all the ninjas & volunteers that helped out at the stand at @BTYSTE and congrats to all the winners! pic.twitter.com/2hJM9VH9SH — ☯CoderDojo☯ (@CoderDojo) January 10, 2015 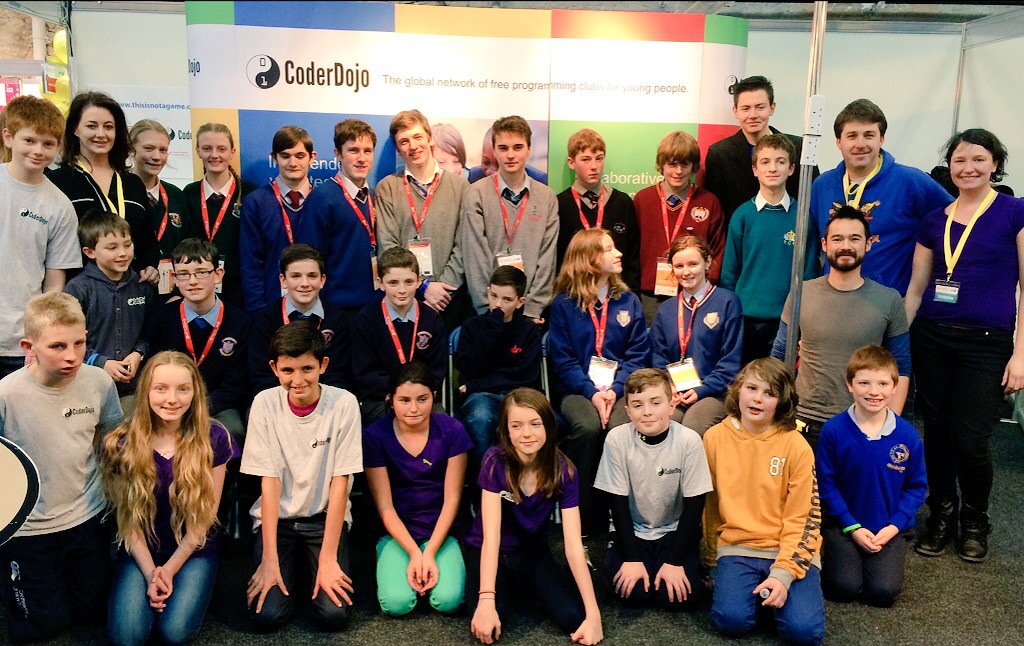 Photo opp with all the CoderDojo community members at the BT Young Scientist event!