Coding: The beginners guide for parents by Mary Moloney 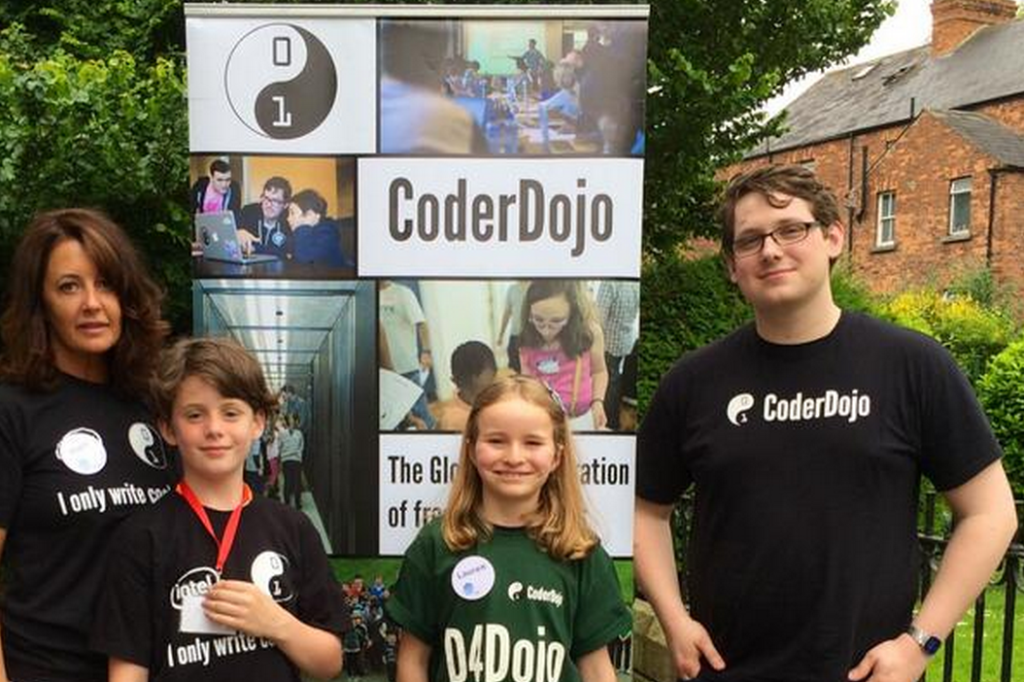 What is coding? If you asked a certain nine year old I know, he’d answer without missing a beat: “It’s the stuff I type that makes my computer do cool things.” Easy for him to say. The intricacies of programming are just another part of his world – the skills that allow him to build great websites, apps and games, all on his own. But as a parent or adult from a non-technical background, what he takes for granted can be a little intimidating, if not plain daunting. With the European Union predicting a shortfall of one million technical workers by 2015, teaching children to code has become a growing preoccupation for governments, schools and parents. We all want to give our children the best possible support as they take on this new challenge, but how can we help them if we can’t distinguish our Boolean logic from our binary code?

First things first – don’t panic. For the majority of parents, coding will be as new to their kids as it is to them. Handled properly, this is a great opportunity for you to learn together. Here are a few things to keep in mind as you start your journey.

Why does it matter?

As traditional industries decline and fail, technology has become one of the fastest growing sectors of the economy and computer programming is increasingly recognized as a core competency for workers of the future. Computer programmers enjoy high salaries, exciting challenges and opportunities to shape the world around them. Yet we are failing to produce enough qualified candidates to fill these roles. In the United Kingdom alone an estimated 1.4 million programming jobs are vacant with just 400,000 computer science graduates available to fill them. In Ireland, the government predicts 44,500 new job openings over the next six years for people with high-level ICT skills, according to Forfás and the Expert Group on Future Skills Needs.Of course, not every child will want to write code for a living, but every child can benefit from having done it. More to the point, I believe every child regardless of gender or background, should have a chance to give it try. Coding hones math and language skills, builds problem solving, analytical thinking and logical reasoning abilities. It also fosters the most incredible innovation and creativity in our kids. Trust me, I’ve seen it.

So what is coding anyway?

Remember that nine year old I mentioned? Well, he’s correct. Coding is nothing more than a set of words that tell a website, app, game or piece of software what to do. These instructions shape what is displayed and available to people using computers, devices, and even home appliances. Code also forms the basis of the sophisticated tools and technologies that we use in the workplace and that are shaping and advancing all industries, from hospitality to advanced medicine.

Still with me? If not, reread the last paragraph, slowly and carefully. Take your time.

What are coding “languages”?

All coding languages essentially allow us to convert lines of words and syntax that resemble everyday communication into binary code, the strings of one and zeroes that tell a computer what to do. Each language has a name, some of which will be familiar: HTML, Java, C, Python, and, of course, Scratch. Developed by the Massachusetts Institute of Technology and available to download for free, Scratch is the first coding tool encountered by many kids. By programming their own Scratch interactive stories, games, and animations, kids learn basic computational thinking, including how to break a problem into bite-sized elements and solve it.

Now, do you really want to impress your kids? Drop the term binary code into casual conversation – and know what it means. Binary code is comprised of varying groups of ones and zeroes, instructing the computer to switch multiple things on or off at the same time, down to the smallest dot on a computer screen. Just about everything runs on these zeros and ones: our favourite news or recipe websites, the smartphone apps we depend on every day, the devices we can’t live without.

Okay, so how can I support my child as she delves into this world? The journey from HTML to Scratch to Python is long and winding. Scratch is not only an excellent way for kids to learn the mechanics of games and computing, it’s also extremely easy for adults to understand. So why not learn the basics alongside your child? Scratch resources can be found all over the web, in particular here and here. If you have an iPad you can also download a version for children up to six years old. Remember, just because you are an adult, doesn’t mean it’s too late to learn coding. You may even love it. At CoderDojo, we have also found that one of the best ways children learn is by collaborating with their peers. If your child has a big project coming, why not invite a few people from the class to come over and work on it together?

Above all, have fun and be interested! Ask your kids what they’re learning and what sorts of apps and games they are dreaming up. You may even dream up a few of your own.