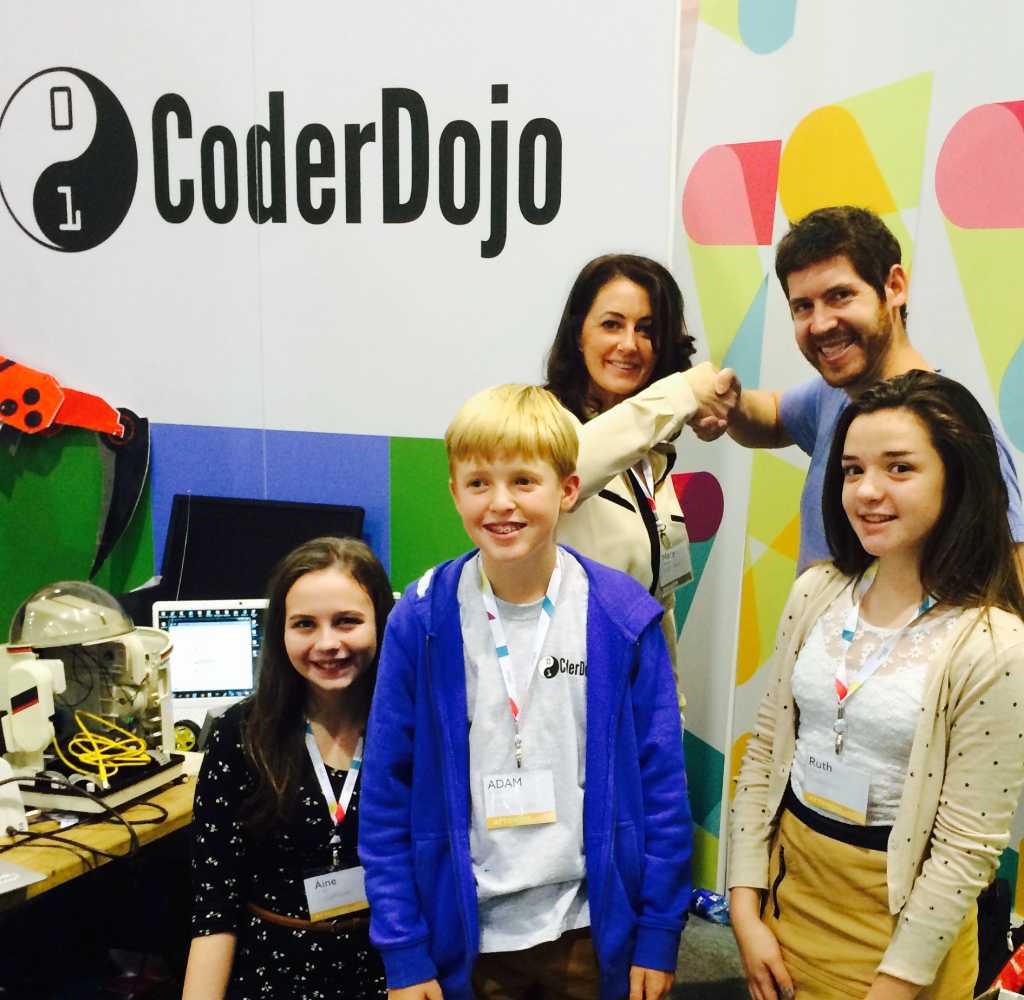 Unfortunately due to unforeseen logistical issues codestarter are unable to provide laptops to Dojos outside the United States, they are working on this and we will keep you updated on any further developments.

CoderDojo partners Codestarter, a U.S. based nonprofit, are now providing laptops to youths in underserved areas around the world! We’re excited to share the news, that on November 1st Codestarter began accepting applications for partnerships with internationally-based organisations and schools that teach young people to code!

Codestarter, co-founded by Theresa and Tom Preston-Werner, focuses on providing laptops and software via their “Code Kits” so that children who otherwise wouldn’t be able to participate in learning to code can do so.

“At Codestarter, we want to ensure that every child has the opportunity to learn how to code. We believe that it starts with having a computer.”

By partnering with Codestarter, CoderDojo aims to open the doors to programming education for young people who previously couldn’t take full advantage of the opportunities available for learning to code with CoderDojo. Contributions from Codestarter will allow Dojos to include a wider diversity of students, and make it possible for brand new Dojos to launch around the globe! Dojos that are interested in availing of this amazing opportunity for young coders please contact Codestarter via the button below.

I was so happy to hear about the Code Starter initiative to bring laptops to young people. A couple of our Ninjas who did not have access to their own laptops were using very old laptops which I would bring to the Dojo each week. The laptops are 10 years old, very slow and freeze all the time. So the boys were delighted when they received their new ones. Nathan was particularly happy that he can now bring his new laptop home so that he could work on projects during the week! Young people wanting to work on projects at home?? Only in CoderDojo! Evan wasn’t too sure that his laptop had Linux instead of Windows, I told him that Linux was created by hackers, now he’s happy. So thanks to everyone who helped make this happen from the boys and myself, and we hope that other Dojos will take up on this great initiative to bring laptops to kids that need them. 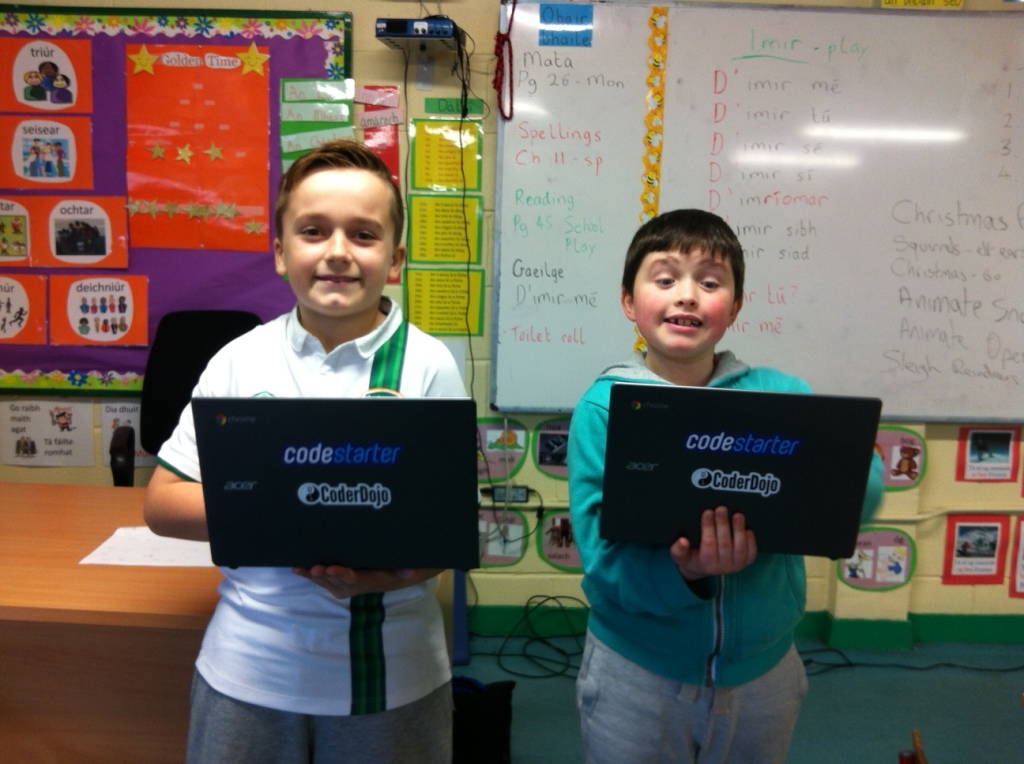 CoderDojo Deansrath is in an underserved area of Dublin, the children were bouncing off the walls with excitement when we arrived with their codestarter laptops! Some of the yound people at the Dojo would never have had the opportunity to own their own laptop without codestarter. 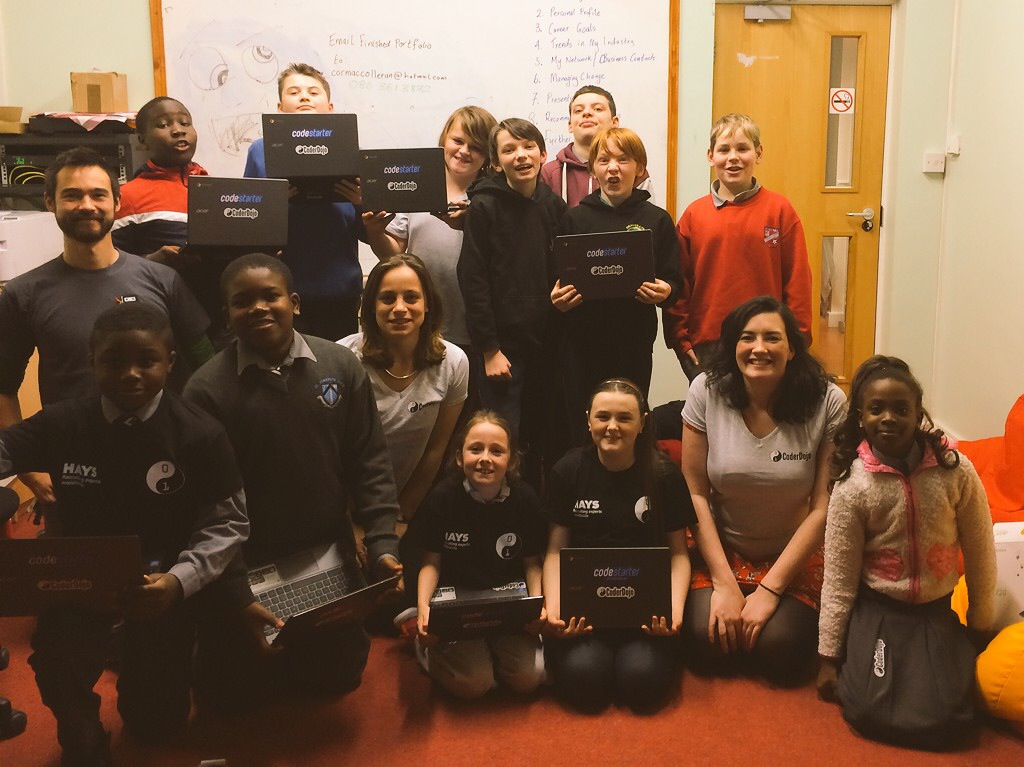 We can’t wait to see what all the ninjas build! Everyone was so excited to get home and start coding, and they even promised they would enter next years Coolest Projects! to show us what they have built!