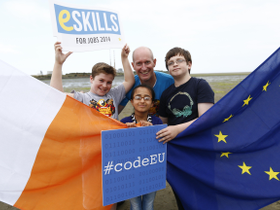 UPC Ireland, in partnership with CoderDojo, has announced plans to create ten new CoderDojo clubs across the country in the coming 12 months. UPC’s first coding club D4 CoderDojo was launched in June this year, with the aim of helping young people, some as young as six, to learn about coding with the use of special resources. As part of EU Code Week, UPC Ireland will host a special session in D4 Dojo on 11 October, with the assistance of some younger coders who have already seen how it all works. One such youngster, Noah Scolard, aged ten, will help mentor 60 children through his bespoke scratch programme to help more children follow in his footsteps.

Read the full article by David Baker via uswitch.ie here.