Mike O’Donohue a member of the Ubuntu Ireland Local Team and volunteer at the Athy Dojo. The Ireland Local Team gets an allocation of Install DVD’s every two years when a long term support iteration of Ubuntu is released. They have just received an allocation of DVD’s for the Ubuntu 14.04 LTS release and are looking to distribute these DVD’s in Ireland through avenues to reach people who might like to try Ubuntu Linux. The Ireland Local Team only receives 150 DVD’s to distribute and they want to get these into the hands of first time users to introduce them to Linux. 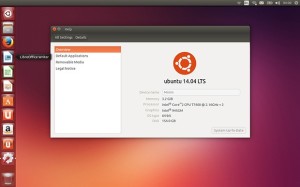 As windows XP is no longer supported, Ubuntu Linux, or one of its derivatives (Xubuntu or Lubuntu) would be a great alternative to Windows XP on ageing computers. Being an LTS release Ubuntu 14.04 (and major derivatives) will also be supported with security patches for 5 years. This could give an extra five very useful years to what otherwise might be an obsolete laptop.

A single DVD can install the Ubuntu OS on as many computers as the user wants (hundreds, millions in fact, if the DVD lasts) the associated licensing allows for this. Likewise there is no cost involved in acquiring the DVD’s. The cost of posting the DVD’s to the Dojos will be covered by Mike.

The only requirement is that, because the Ireland Local Team get so few, they would like to send the DVD’s to Dojos which will use them to their full potential. If this is something that your Dojo would be interested in, you can order here:

Get the Ubuntu 14.04 LTS release for your Dojo