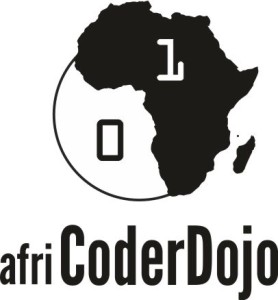 In December 2013 CoderDojo/HWF and the US State Department agreed to roll out CoderDojo across Africa under the brand AfriCoderDojo. Tanzania and Nigeria were chosen as the launch sites and a date of March 5th was set for both locations. The Tanzanian Dojo was to be run in a well connected Business incubator and the Nigerian session was held at the new ICT suite that had been installed at Archbishop Taylor School in Lagos by the Oando Foundation. Eugene McDonough documented his expereince as follows:

The broadband & power infrastructure in the city of Lagos is stretched to capacity after a decade of rapid expansion in the city so it was decided not to chance fate with a remote mentor there as the connection speeds were too slow. So just over a week before the launch of afriCoderDojo the Oando Foundation asked if it would be possible to have someone travel down to run the first session. Oando booked the flights and I started the process of getting a visa, I will just say that if you plan on going to Nigeria (or any country with Visa requirements) it is not a good idea to apply the week before, but thanks is due to the good people in the Nigerian Embassy Dublin for helping me through the process. I was on a plane to Lagos early on Sunday the 2nd and arrived into Lagos that night, it was warm 🙂 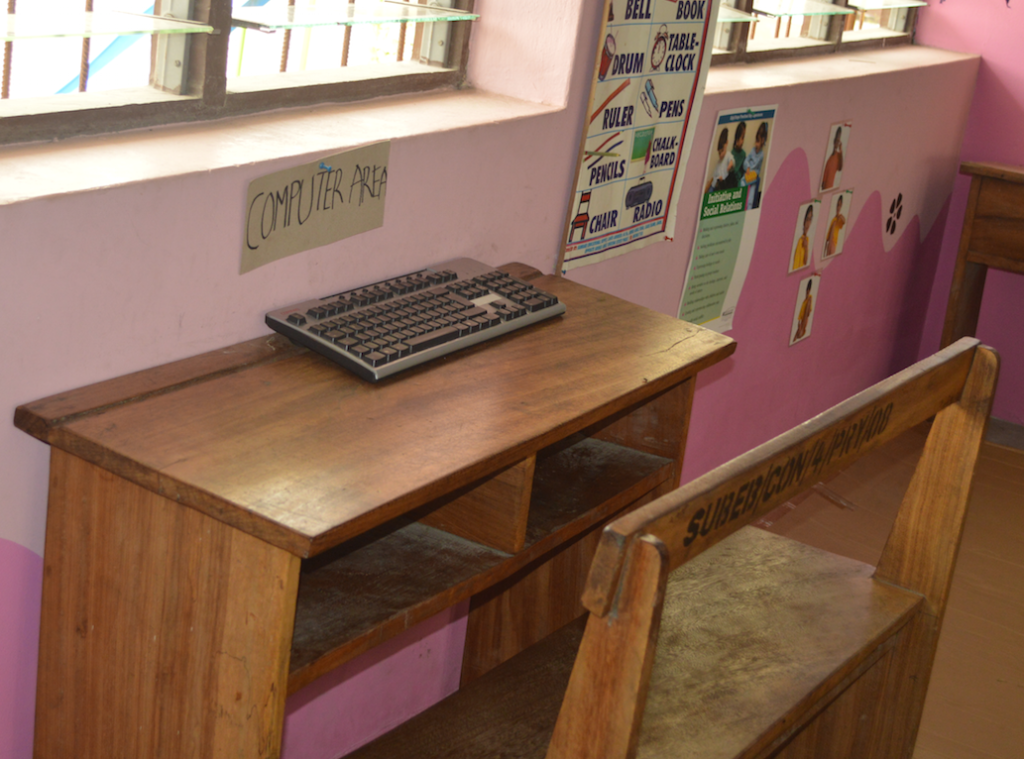 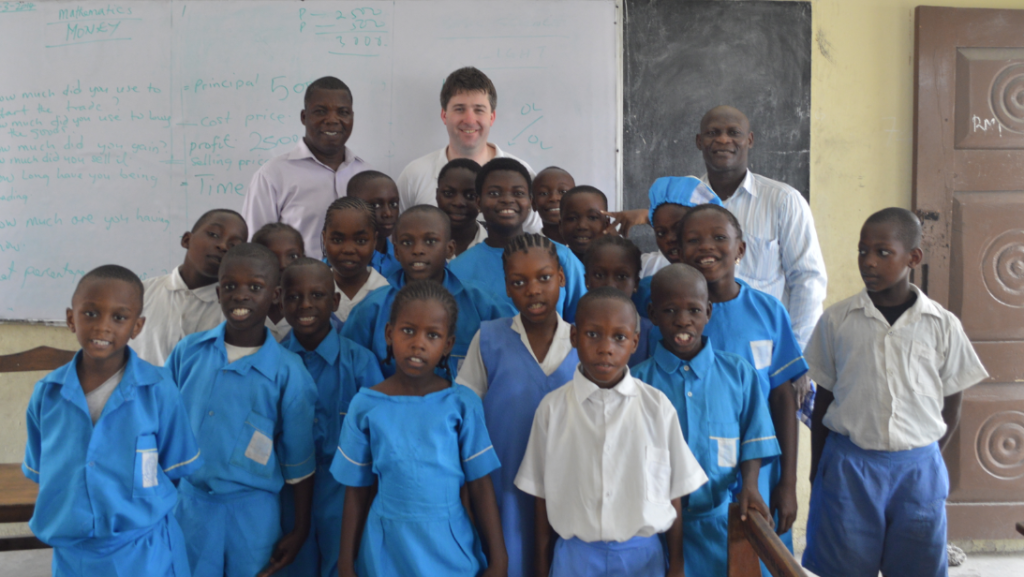 After meeting with the great team at the Oando Foundation I walked with one of the staff from their office to the school to meet the first group of young coders and to see the new facilities. It started with a tour of the school where I was shown their original ICT Lab (See image above) and after going through all the other classrooms we ended up in the new ICT Room which was just being finished. I was very impressed, they were using a Windows MultiPoint Server to provide access to 10 students at a time from one PC. As the power into the school was very unstable by using Thin Client Terminals that only need Power Over Ethernet they were able to reduce the power usage within the room so much that they could power it for 16 hours just on solar power while not reducing the experience for the students.

Day 2 started with a visit to two other secondary schools in the area whose students are taking part in the launch event. I got to see two ICT labs that looked like they had been donated by other corporate sponsors however as their schools rarely had power it was hard for the schools to put them to good use. 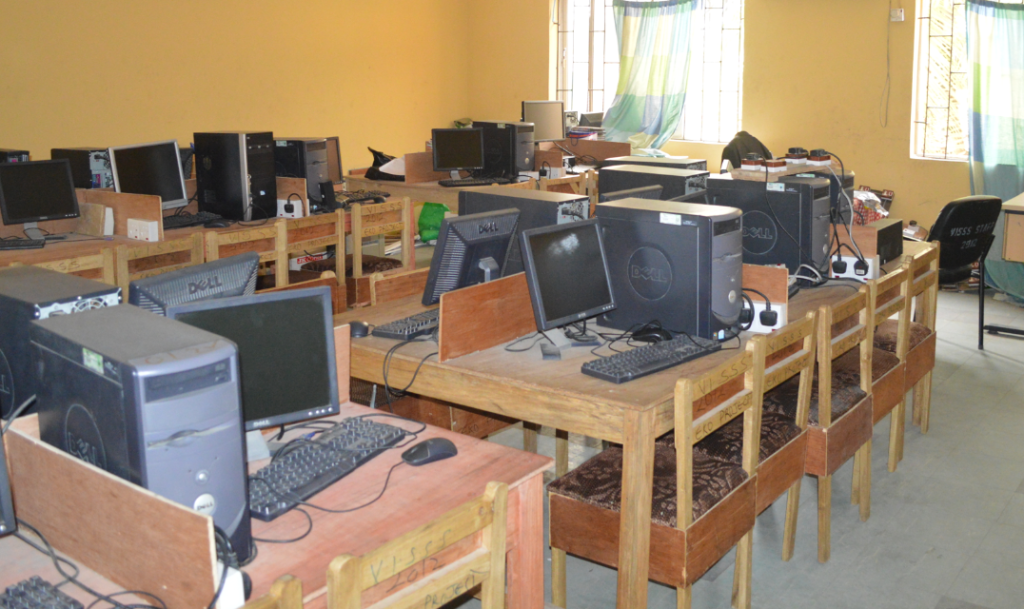 After the secondary schools it was back to Archbishop Taylor school to give a short introduction to scratch for some of the mentors that would be helping at the launch. They ranged from teachers to the IT consultants that installed the lab.

D-Day, time to open the lab to the students & VIP’s. Oando had erected a marquee for the day and had invite VIPs from across Lagos state. After the standard round of speeches we opened the room to the VIPs where I gave them a quick introduction to scratch. After a quick chat with some of the VIPs, I was able to get down to business with roughly 30 kids from four different schools. I used the Scratch Beginners – Week 1- First Game “Jaws”  from CoderDojo Athenry (by Martha Fahy & Michael Madden)  for the session and the young coders picked it up very quickly as you can see by the smiles on their faces below. 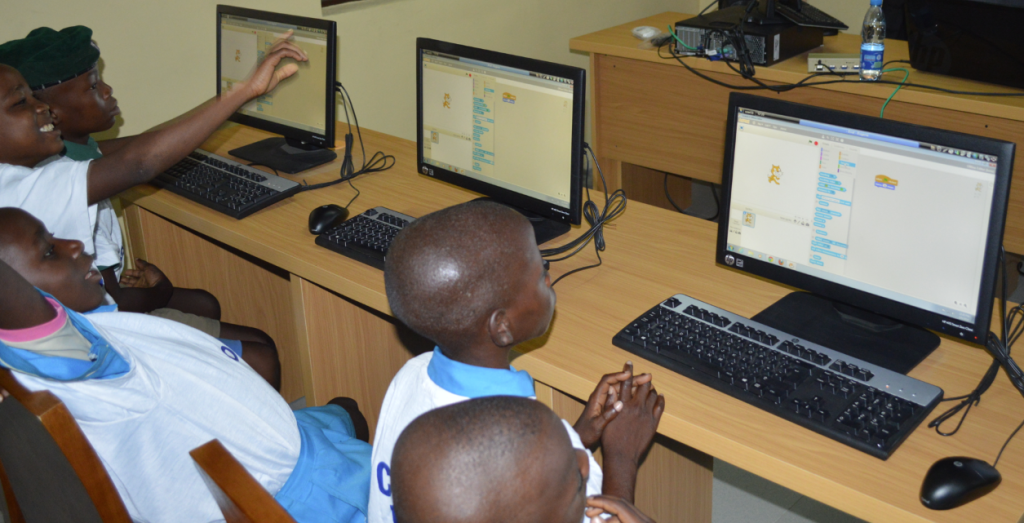 As I had traveled a long way there was no point in running one class and then sitting by the pool waiting for my flight so I ran a second round of classes on the Thursday where we moved on to week 2 of the Athenry Scratch course, the children were delighted when they got to add sound and lives, we even got to animate the sharks mouth. 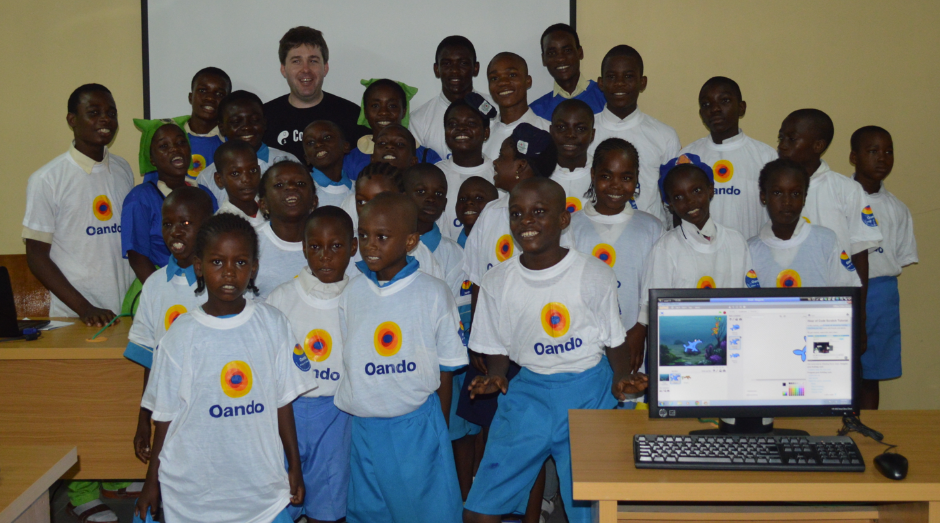 On my day off in Lagos I got to see a little bit of the city and a museum, followed by a meal out with the Onado crew. That evening what google maps says should be a 40min drive to the Airport took about 3 hours through the worst traffic I have ever seen. Luckily I had loads of time and I made my overnight flight back to London and on to Manchester for their Dojo that Sunday, but that is another story 🙂