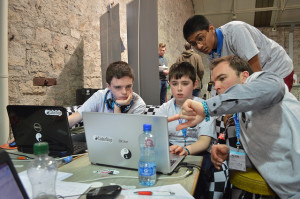 At 10am the kids were told the the challenge, CoderDojo kids had to go and make a website and the TechSpace kids had to get video to add to the websites. The 4 CoderDojo teams from Limerick, Cork, Drogheda and Blanchardstown started out building their websites.

After a few short hours of excitedly tapping away at their keyboards they were done (or at least forced to stop, as it was mere moments before we were supposed to present the prizes).  We had 4 shiny newly-crafted websites, which you can see at http://dwsteched.com/. 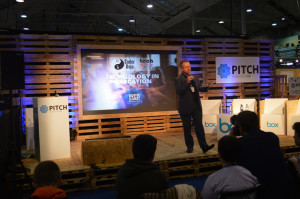 Finally it was time for the awards ceremony on the main pitching stage. A crowd gathered to see all of the kids demoing their sites, and Ciaran Cannon was on hand to act as MC for the event. After an exciting hour of watching videos and seeing websites the event was over, everyone happy with their websites.