A 9 year old Dojo attendee quizzed me about what #DojoCon2013 was all about and I promised that I’d blog about why the conference was important to her and other CoderDojo attendees all over the world. 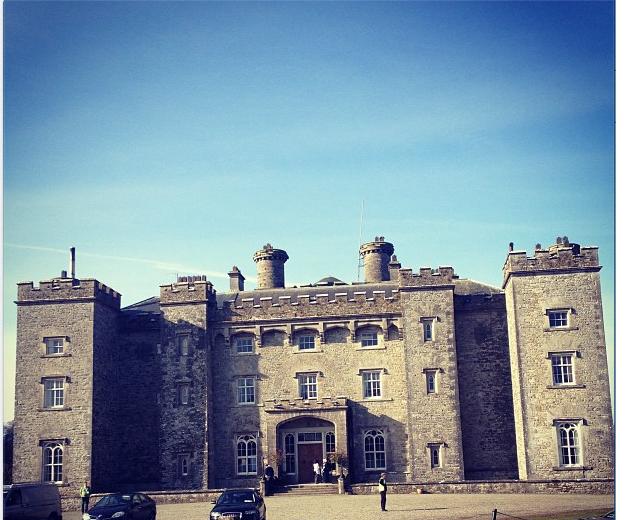 Some mentors traveled a long way to be at the conference.  Una, Bill, Shara, Rebecca and Kimberly came from America, Blaz and Jernej came from Slovenia, Joek came from Holland,  Martine from Belgium.  There were so many others that I can’t name them all!!

We all met up the night before for some food and drinks in Drogheda.  That really helped since alot of us have never met before.  We all very quickly became friends and told each other about our own Dojos.  This was really cool since some Dojos are different.  In Drogheda there’s pizza and in Birr they got a professor to tell everyone about Blackholes and in LA they have sun all the time!

On Saturday it was really busy but alot of people knew each other by now and everyone started chatting straight away.  There were lots of talks all day. David Cuartilles came from Sweden to tell everybody about how he invented a circuit board that can let you control a robot.  He’s got a website where you can buy one and lots of people are making robots now.  Upstairs there was an area where some seriously clever lads where showing people how to solder and also how to pick locks with pins.  I felt a little like James Bond until I broke the pin and everyone laughed!

There were TV Cameras, regular cameras and even a fella from RTE radio!  We also heard about the “Coolest Project Awards” which are coming up and you will be able to enter.  You’ll hear all about this in your own Dojo, so get coding!!  Stephen Howell made a program that will connect your Xbox Kinect to Scratch.  Its really easy to use and he made a game where you move your arms to control the characters.  He looked pretty silly showing us how it worked but he did beat his high score! 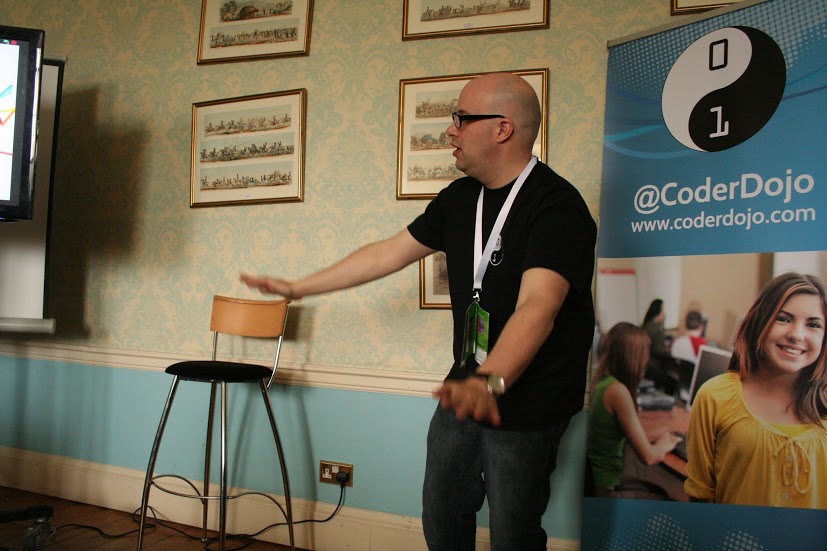 With all the talks and the chatting there were some really great ideas on how to make Dojos even better.  One idea is to have bigger and better projects and maybe kids in different dojos could work together more on different parts of the project.  Another idea is to teach mums and dads how to use scratch or even HTML and maybe they could become mentors.

There are loads of ideas but the mentors need to keep in touch with each other and figure out how they will work properly.  CoderDojo is still pretty new but if everyone keeps sharing ideas then all the mentors will have really cool things to share and CoderDojo can grow all over the world!

One thing is for sure though, every mentor, everywhere in the world loves sharing knowledge!  They’re not so good at sharing pizza! 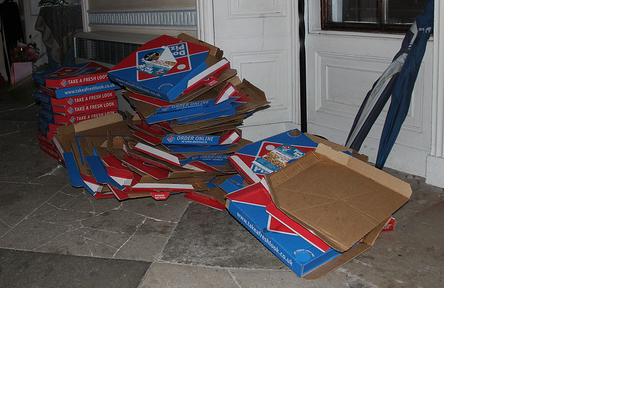 If you’ve any questions about anything that happened, just ask!